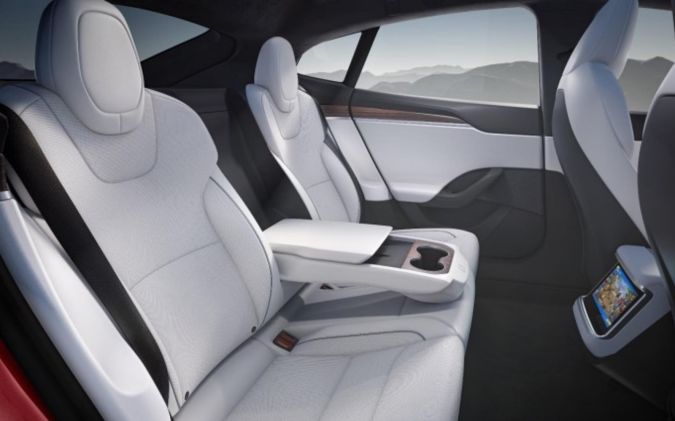 Nestled in its latest earnings report, Tesla included images of its upcoming Model S refresh. The renders provide a sneak peek of the vehicle’s interior, showcasing a cockpit that’s more in line with the Model Y and Model 3.

At the front of the car, there’s a larger display and a steering yoke that is likely to divide the Tesla fanbase. At the back, Tesla has included a screen for passengers. The automaker also shared an image of the Model S Plaid, which will arrive later in the year and include the redesigned interior. According to Tesla, the $138,490 Plaid+ version of the Model S will feature the capability to travel more than 520 miles on a single charge.

Over the past couple of weeks, the company said it’s been retrofitting its Fremont factory to prepare for production on the new Model S and Model X. It plans to resume manufacturing the vehicles before the start of the second quarter of the year, increasing capacity as the year progresses. The new Model S will feature a new powertrain, as well as updates to its exterior and other improvements.

X
Apple reports $111 billion in quarterly revenue, shattering previous record…GadgetsUltimately though, it was devices like the iPhone 12, 12 mini, 12 Pro and 12 Pro Max that did most of the financial heavy lifting. In Apple's last ear…
close