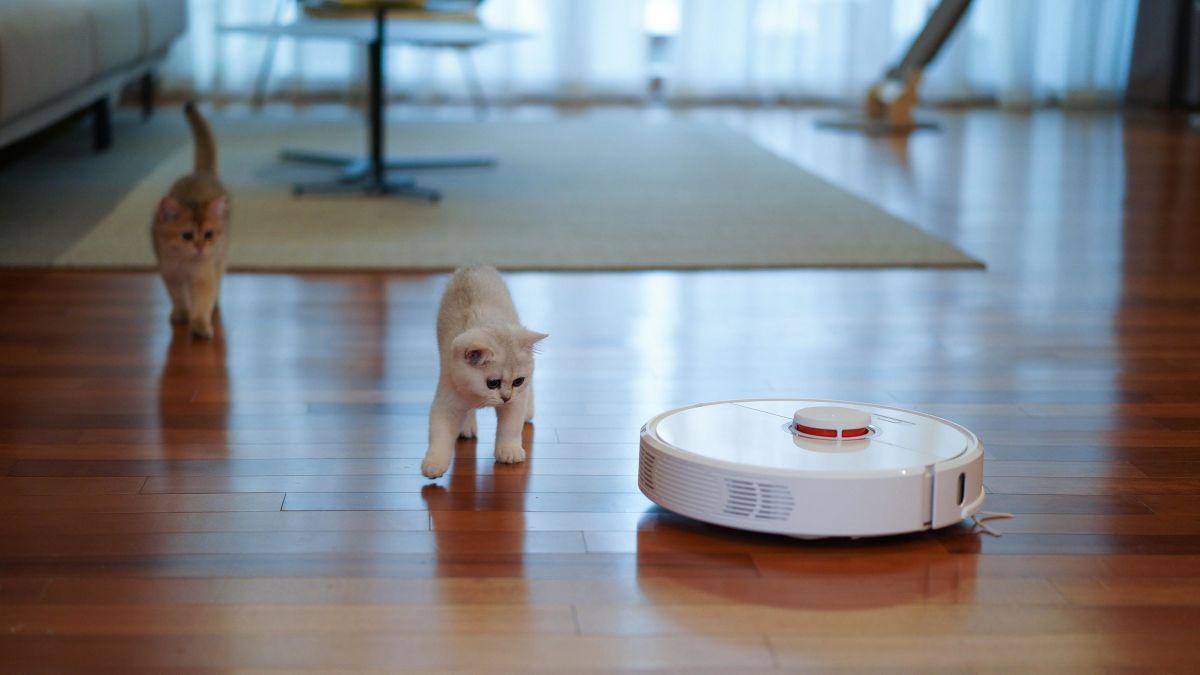 We’ve all spent a lot more time at home this year, which means we’re all generating more dust and dirt whether we realize it or not. Luckily, robot vacuums are no longer solely expensive luxuries: the little automated helpers come in a wide variety of price points and perk packages these days, including entry-level models that won’t break the bank.

Whether you need help keeping the house clean amidst kids and pets or just want to cut something from your regular to-do list, now’s the time to bring a robot vacuum into your home. Here are today’s top options for varying needs.

Our friends at Gizmodo recently called out the iRobot Roomba i3+ as one of the Coolest Gadgets of 2020, praising the robo-helper for its efficiency in sucking up pet hair among other highlights. This mid-tier option now packs premium features, such as the optional base station that holds onto everything Roomba collects, letting you potentially go weeks between emptying the thing.

Gizmodo reviewer Catie Keck praised the Roomba i3+ from saving her from being constantly surrounded by dog fur tumbleweeds:

“I’d assumed that short of vacuuming my house virtually every day, multiple times a day, I’d have to come to terms with living like this, surrounded on all sides by my good girl’s no good shedding. That was until I met the Roomba i3+, a destroyer of dust bunnies and my secret to floors so clean I feel like I’m living in an entirely new home—no thanks at all to my pup.”

Dawn McCarthy, a TV personality and a lifestyle advisor is also a dog mom. When she started to shop for a vacuum, she wanted to make sure it would be excellent with pet hair, with a big enough chamber that it would have enough room. Yeedi quickly rose to the top of her list.

“With the dual chambers, it truly does a great job. I like that it works on hardwood floors, and easily glides over many of my thicker rugs as well,” McCarthy told me. But that wasn’t the only reason she bought it. “This was selling on Amazon for about half the price as others on the market.”

Although the vacuum does occasionally get lost, McCarthy says that she wishes it had a “Find my Yeedi” function. In spite of that, she’s smitten. It’s quiet and gets the job done daily.

“For me personally, this has lived up to the hype, and again for dog parents who tend to have more hair everywhere in the house with their pets, this truly does a great job,” she told me.

“Three kids and a golden retriever who sheds like crazy makes for constant cleanup, says Stefanie Pechan of Monterey Bay, California. “The Neato helped eliminate an item off our chore list.”

As a parent, taking an item off the list, and the ever-evolving to-do list, Pechan appreciates it’s technical abilities. “It’s nice to have the programmed schedule, so it’s one less thing to think about.”

For Alan Ulicny of Buffalo, NY, simplicity is key to his family of four and two cats. “This unit does a great job cleaning and is really simple to run, he tells me. “It does a great job navigating and by the map it generates, gets to over 95% of the floor space.”

Sometimes the Neato unit gets lost and Pechan has to find it, and other times, it gets clogged up by the sand the family tecks into the house after a beach outing. But all and all, it’s “a fantastic helper for this busy family,” she tells me.

“Our experience has been fantastic, Ulicny says. “[The] house now gets regular vacuuming and the cats are not bothered by it at all. We do pick up any small items before running it and it can get caught on the occasional rug edge, but this is a truly serious vacuum and it’s fun to watch.”

Jeanne Sager is a pet owner in Upstate New York. She tells me about getting the Eufy RoboVac 11S. “I got sick of constantly having to either drag a vacuum around or to sweep in order to keep up with the tumbleweeds of hair, Sager said. “A robot vacuum seemed like a good option since I could essentially ‘set it and forget it.’”

Vacuums are an investment, so Sager did a lot of research before settling on the Eufy vacuum cleaner. It was well rated for fluffy pet hair, but it also stood out for another reason. “I was looking for a vacuum with a low profile that would still be able to get underneath the couch and capture the dust bunnies and fur that collects there without me having to move the furniture.”

Like any vacuum cleaner, it isn’t perfect, but for $150, it’s worth the money despite some minor qualms. Sager says the Eufy didn’t work so well with her area rugs. In fact, she tells me, “I eventually had to rid my downstairs of all area rugs because I was constantly having to jump up and disentangle the vacuum and rug.”

“I don’t use it every day anymore,” Sager shared with me. With area rugs and a family that lease socks and other small items around, it’s not as easy as she thought it would be to use. “That said, I do still like it over a big traditional vacuum.”

Kellie McGinnis and Natalie Craig both own and love the Roborock S4. Both are pet parents and that was one of the many reasons that they invested in the vacuum.

“The reviews for the Roborock were hard to beat—barely any complaints, so that made me feel secure in my decision to go with that brand,” McGinnis said to me. “I love that I can clean the whole house, a specific room, or even a specific zone. I also love the no-go zone, especially during the holidays when I don’t want it to go near my Christmas tree.”

Craig, a Chicago based blogger, has a messy bird. Eventually, she got tired of cleaning up after it multiple times a day, and a robot vacuum made perfect sense.

“I did a lot of research on robot vacuums and I was impressed with the smart mapping features of the Roborock S4,” Craig tells me, as well as the suction force and the sweeping bristles.”

It’s these smart features that set the Roborock S4 from the more budget-friendly alternatives. “I knew it would be a smart and intuitive vacuum per the reviews,” Craig says. “I am even more impressed than I thought regarding its intuitiveness.”

“This is one of the best purchases I’ve made all year,” McGinnis says. “The only downside to the model I went with is that it is not self-emptying, but that was something I chose to compromise on to save some money.”

This story was originally published by Chaya Milchtein on 12/15/20 and updated by Andrew Hayward with new information on 12/30/2020.

This article is auto-generated by Algorithm Source: roundups.theinventory.com