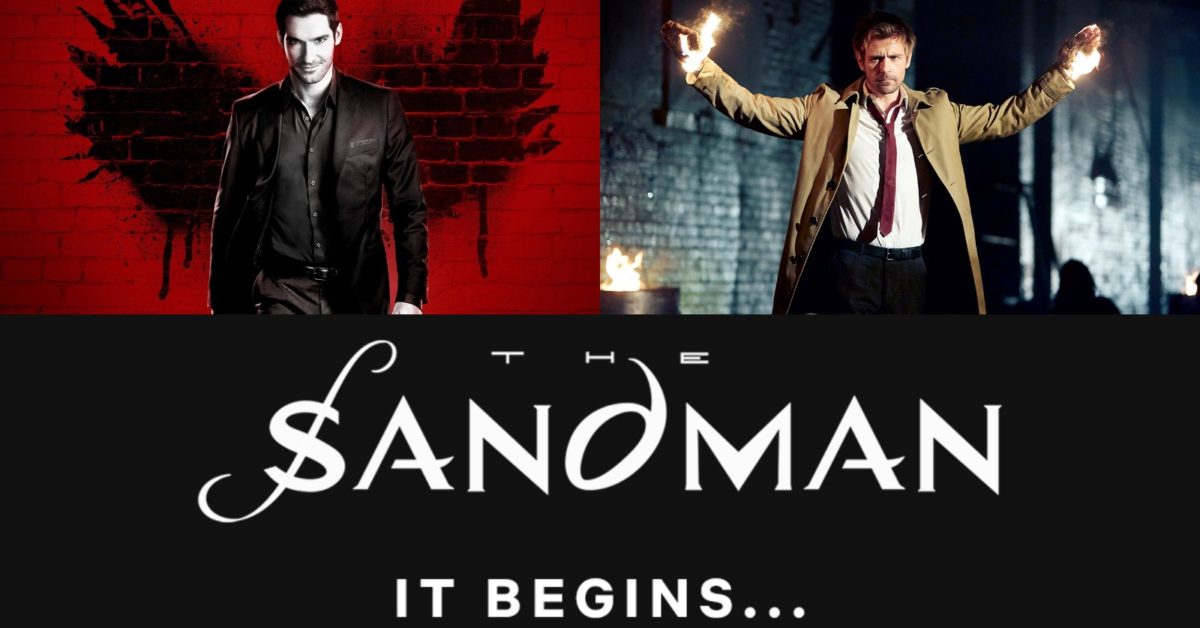 Earlier this week, The Sandman fans learned the first wave of casting news for comic book series creator/EP Neil Gaiman, and executive producers Allan Heinberg (Wonder Woman, Grey’s Anatomy) and David S. Goyer‘s (Batman Begins, The Dark Knight, Terminator: Dark Fate, Foundation) Netflix adaptation. With more names to come, Tom Sturridge (Sweetbitter) as Dream, Gwendoline Christie (Game of Thrones) as Lucifer, Vivienne Acheampong (The Witches) as Lucienne, Boyd Holbrook (Narcos) as The Corinthian, Charles Dance (The Crown) as Roderick Burgess, Asim Chaudhry (People Just Do Nothing) as Abel, and Sanjeev Bhaskar (Unforgotten) as Cain were welcomed to the Gaiman, Heinberg, and Goyer-written series (with Heinberg serving as showrunner). But not everyone can take good news at face value, and that’s when an unchecked dumpster roaring with speculation fire can get a little out of control. Thankfully, Gaiman was around to man a social media fire extinguisher earlier today.

Responding to a tweet that covered two issues that aren’t exactly new, Gaiman took some time to clear a few things up. First, Netflix had nothing to do with Lucifer star Tom Ellis joining or not joining the series because there’s no viable way to connect the dots and have the two universes coexist (“You can’t get from the Lucifer TV series to Sandman #3 or even Season of Mists”). The second point sounds like a newer one, that the streaming service was also somehow responsible for DC’s Legends of Tomorrow star Matt Ryan not being picked for the role of Constantine. Well, the biggest problem with that- as Gaiman puts it? “We haven’t yet announced the casting of Constantine.” So with no official news out there, it’s tough for Gaiman to comment. Could it be Ryan? Sure. Could it be Keanu Reeves from the film adaptation? Sure. Could it be Taron Egerton from the Audible adaptation? Sure. Or it could be none of them. But for now? It’s pretty tough to be making definitive calls on who will (or won’t) be throwing on the trenchcoat.

You can’t get from the Lucifer TV series to Sandman #3 or even Season of Mists. And we haven’t yet announced the casting of Constantine. (That article is just confusing the TV version with the @audible_com version.) https://t.co/5UwyhnljHa

A rich blend of modern myth and dark fantasy in which contemporary fiction, historical drama, and legend are seamlessly interwoven, The Sandman follows the people and places affected by Morpheus, the Dream King, as he mends the cosmic — and human — mistakes he’s made during his vast existence. Now here’s a closer look at the first members of the cast set to bring Gaiman’s universe to life- beginning with Tom Sturridge as Dream, Lord of the Dreaming:

Boyd Holbrook as The Corinthian, an escaped nightmare who wishes to taste all that the world has in store:

Asim Chaudhry is Abel and Sanjeev Bhaskar is Cain, the first victim and the first predator, residents, and loyal subjects of the Dream Realm:

“For the last thirty-three years, the Sandman characters have breathed and walked around and talked in my head. I’m unbelievably happy that now, finally, they get to step out of my head and into reality. I can’t wait until the people out there get to see what we’ve been seeing as Dream and the rest of them take flesh, and the flesh belongs to some of the finest actors out there,” says Gaiman in a statement coinciding with the casting news. “This is astonishing, and I’m so grateful to the actors and to all of The Sandman collaborators — Netflix, Warner Bros., DC, to Allan Heinberg and David Goyer, and the legions of crafters and geniuses on the show — for making the wildest of all my dreams into reality.”

Back to Top
Close Add post
X
Malvi Malhotra:  I see the positive side of everything, so I feel happy…TVNews 31 Jan 2021 07:15 PM Mumbai MUMBAI: Actor Malvi Malhotra, who was seen in the show Udaan, went through a traumatic event last year when someone s…

The Sandman: Neil Gaiman Clears Up Some Lucifer, Constantine Chatter