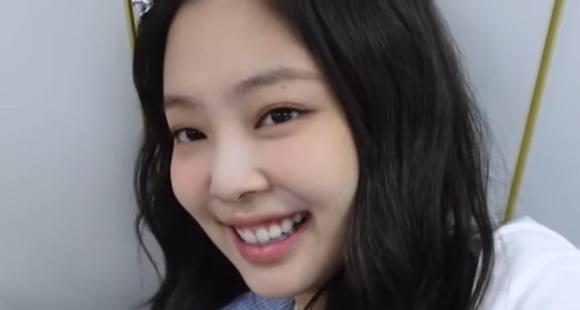 BLACKPINK’s Jennie gives us a candid sneak-peek into her SOLO performance rehearsals for THE SHOW while sharing sweet camaraderie moments with the other members. Watch Jennie’s VLOG below.

They say to be at the top, you have to work very hard to stay on top. That”s exactly what BLACKPINK does! BLACKPINK recently concluded their first-ever online concert THE SHOW with tremendous success. Jennie, much to the delight of BLINKS, performed her solo single SOLO on THE SHOW. SOLO is a hip-hop, dance-pop and EDM track, that speaks about independence after a breakup. Now, a couple of weeks since the conclusion of THE SHOW, Jennie has released the behind-the-scenes for SOLO and some interesting camaraderie with members; via Jennie’s vlog.

She also sneaked in some time for her eonni Jisoo as they teased and cuddled with each other. Jisoo blessed BLINKS with her close-up shot, too. Jennie and Rosé’s Korean-English banter was undoubtedly hilarious and will leave you in splits too.

That is not all! Jennie micro-managed everything related to her solo stage performance too. From going through her lines and collaborating with the staff; she ensured the prep for SOLO was smooth sailing. She personally thanked the staff for their hard work too.

You can watch Jennie’s diligent rehearsal for SOLO below:

Did you enjoy Jennie’s SOLO performance in THE SHOW? Share your thoughts with Pinkvilla in the comments below.

THE SHOW also marked the debut of Rosé’s solo debut Gone. Gone is an all-English track with Rosé’s honeyed vocals and melancholic guitar chords that will touch your heart.