Home BusinessFinance The Stock Market Had a Fantastic Week. Now It Needs to Drop.

The Stock Market Had a Fantastic Week. Now It Needs to Drop. 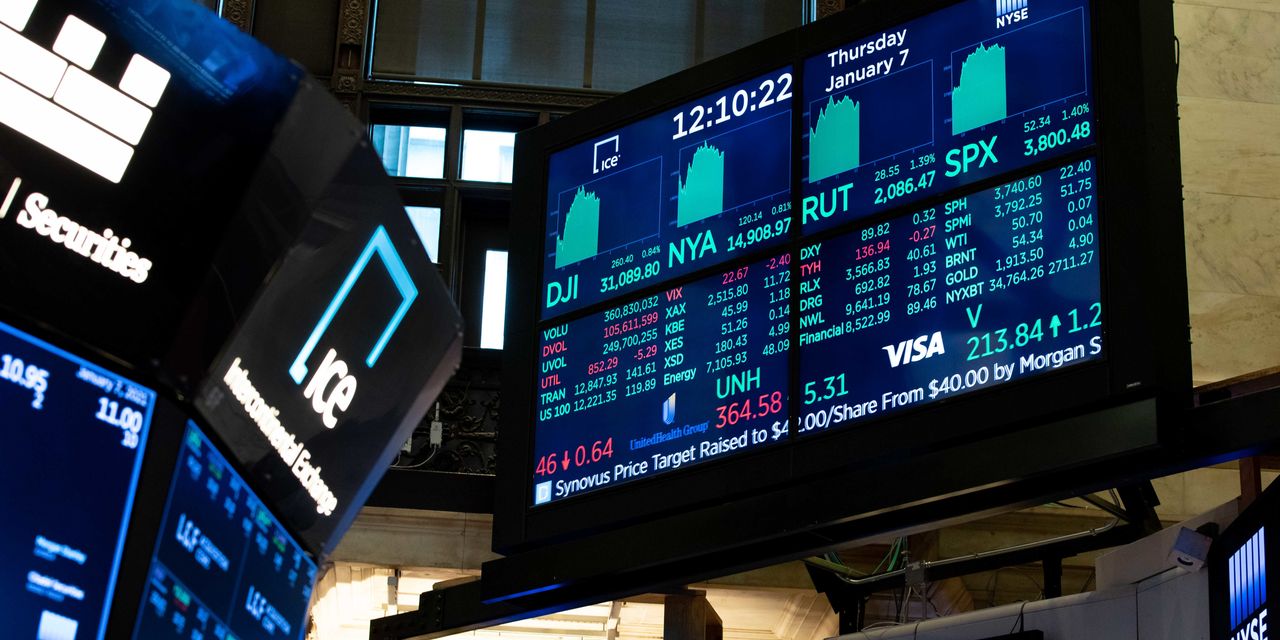 The market has gotten so optimistic that it would make even Little Orphan Annie seem like a pessimist.

Emotionally, it was a bruising week. Rioters stormed the Capitol Building and disrupted the certification of the U.S. presidential results. The Democrats won the two Senate seats up for grabs in Georgia. Friday’s payrolls report showed that the U.S. shed 140,000 jobs in December, the first decline since April, a depressing sign for anyone whose gaze extends beyond Wall Street. All three could have—should have—caused the stock market to drop.

Rationally, the bad news can all be explained away. The assault on the Capitol—it sounds like a John Carpenter movie—might have raised questions about the state of U.S. democracy, but it did nothing to impact economic forecasts or earnings expectations. Democratic control of Congress is so narrow that legislators’ hands might be tied when it comes to making market-unfriendly changes. And December’s job losses were caused by massive drops in hospitality and leisure almost entirely because of renewed Covid-19 lockdowns. When the coronavirus starts to go away, those jobs should return.

The market certainly was sanguine. The

Of course, the market’s continued rise makes little sense except under the most optimistic projections. They start with the vaccines, which should allow people to get out of their homes and back to the office at some point in 2021. And if that happens, economic growth should surge and earnings should rebound, making an expensive market—the S&P 500 now trades at 22.8 times 12-month forward earnings—look far more reasonably priced.

But what if the getting back to work signals a top for the market? It’s not that far-fetched. Retail trading has spiked during lockdown because people have the two things they need to actively engage with the market: time and money. They’ll get more of the latter as stimulus checks go out—and maybe more to come. That means there’s more money to buy

(ticker: TSLA)—up 37% over an 11-day winning streak, its longest on record—and Bitcoin—which has gained more than 250% over the past three months and even breached $40,000. “It’s reminiscent of the dot-com period,” says Peter Andersen of Andersen Capital Management.

People will also have less time to trade once they can return to work, and the money might be spent on restaurants, concerts, and vacations. “When the market opens back up and people have other things to do besides play the stock-market video game, maybe that is when a large reversal in [speculative tech stocks] happens,” writes Evercore ISI strategist Dennis DeBusschere, tongue planted firmly in cheek.

But whatever is propelling the market higher, it’s starting to get worrisome. Bank of America’s Bull & Bear indicator hit 7.1 this past week, up from 6.7 in mid-December, and is getting ever closer to where the indicator starts to signal extreme bullishness.

It’s been driven by a decade of the Federal Reserve pumping money into the economy, and technological disruption that has caused parts of the market to trade ever higher, explains Michael Hartnett, chief investment strategist at BofA. Given valuations, rising rates, and other indicators, a correction should occur during the first three months of the year. If it doesn’t, that would be a good sign the froth is unsustainable. “We’ll know if it’s a bubble by end-Q1,” Hartnett writes.

It’s not as if the market isn’t unaware of the risks, both to the upside and the downside. The

or VIX, closed the week at 21.56, above its long-term average of around 20. And investors are even more worried about the future as VIX futures expiring past March trade above 25. “Options markets are not yet complacent, even as stocks march higher,” writes DataTrek Research co-founder Nicholas Colas, pointing to “a classic wall of worry.”

But the market’s worries aren’t the day-to-day worries of a human being, particularly one riveted by the news in Washington and Georgia. The market, it seems, is worried about rate hikes. In the minutes of its December meeting, the Fed said it would give plenty of warning before “tapering” its bond purchases, which sounds great. But soon enough, investors started worrying about when tapering would end—and rate hikes would begin. Though the Fed had promised no hikes through 2023, expectations have already started shifting. Not enough to cause a big drop, but enough to shake up the market a bit on Friday.