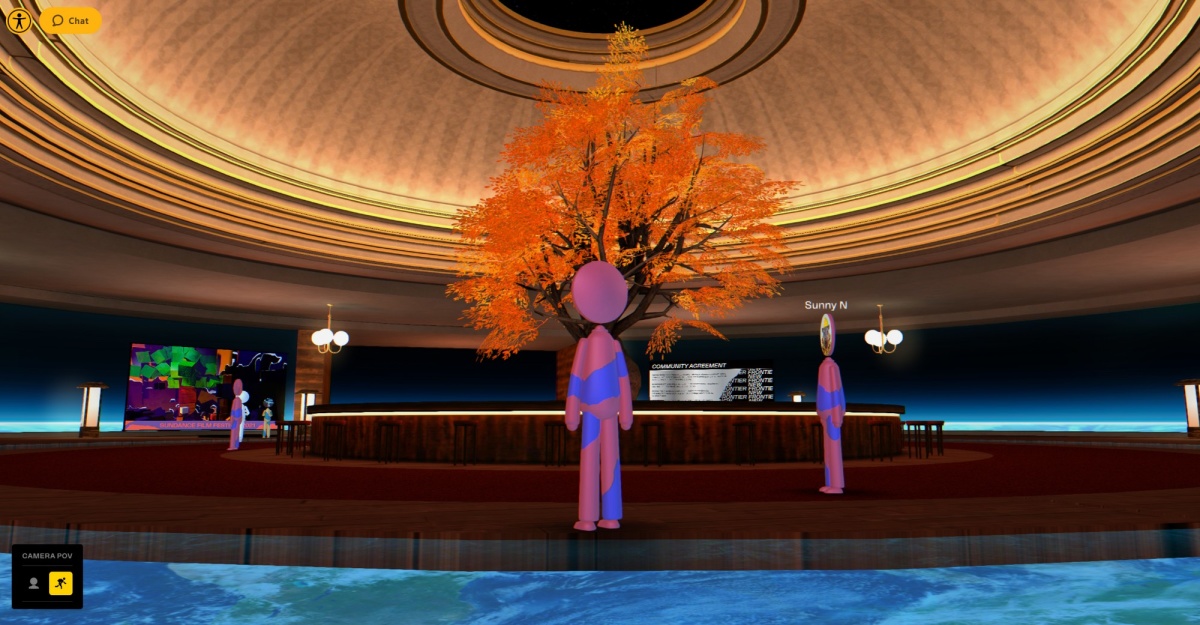 Over at the New Frontier Gallery, every VR/AR/mixed media exhibition was on display like a work of art. Stepping up to an individual piece brings up an explanation as well as the requirements for viewing them. Some experiences, like 4 Feet High VR, which explores the high school sexual awakening of a wheelchair user, are only accessible with headsets. But plenty of others, like the meditative 7 Sounds, can be accessed with a pair of headphones.

If you’re visiting the New Frontier Gallery in VR, you can also peer over its walls to see the Earth rotating beneath you. And as an Easter Egg, you can hop over to the International Space Station in the distance. There you can view Space Explorers: The ISS Experience, which was developed by the VR studio Felix & Paul.

Overall, Sundance has 14 New Frontier exhibitions this year. That’s less than half that appeared last year, a sign that some creators aren’t ready to embrace a virtual festival. For viewers, though, the VR platform goes a long way towards making Sundance more accessible.

Back to Top
Close Add post
X
Twitter’s new ‘Birdwatch’ experiment crowdsources fact-checking…GadgetsUnder the pilot program, users can apply to participate. Twitter notes that it will only be available to a “small test group” initially,” but that it …

The Sundance Film Festival makes a giant leap into VR

X
Wacom’s pen tablet for students now works with Chromebooks…GadgetsFor all their strengths as eduction tools, Chromebooks have their limitations. Most don’t come with a stylus, and even if they do, they’re usually not…
close