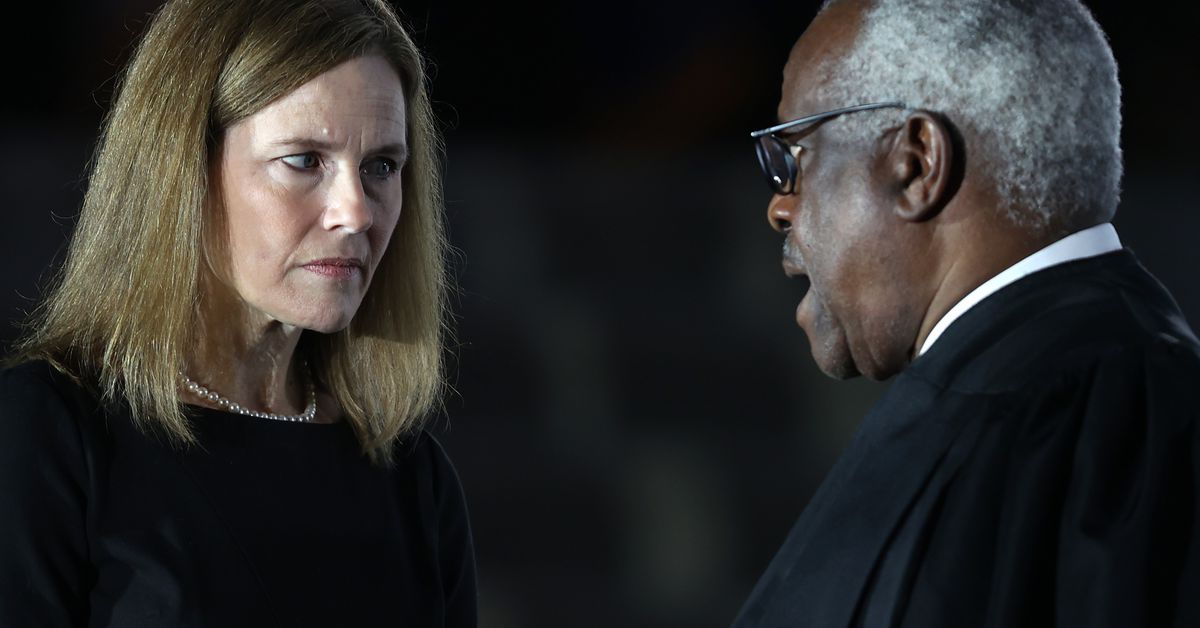 On the surface, the Supreme Court’s decision in FDA v. American College of Obstetricians and Gynecologists, which was handed down Tuesday evening, is fairly minor.

The case involves a Food and Drug Administration requirement that a pill used in medication abortions must be distributed to patients directly by health providers and not by retail or mail-order pharmacies. A lower court temporarily suspended this requirement during the pandemic; the Supreme Court’s decision effectively reinstates the requirement.

The Court released no majority opinion, which means that the decision in American College does not explicitly change existing legal doctrine. And the case concerns a policy that the Biden administration could likely reverse after President-elect Joe Biden takes office.

Read between the lines, however, and American College warns of a dark future for abortion rights.

The premise of pro-abortion rights decisions like Roe v. Wade (1973) is that the Constitution provides special protection to the right to an abortion that it doesn’t provide to other elective medical procedures. Yet, as Justice Sonia Sotomayor explains in dissent, American College effectively rules that a commonly used abortion drug may be regulated more harshly than any other legal medication.

Although Chief Justice John Roberts wrote an opinion explaining that he would decide the case on very narrow grounds — holding that courts should defer to public health agencies during the pandemic — no other justice in the majority joined this opinion.

For many years, Justice Anthony Kennedy — who typically voted to uphold abortion restrictions but sometimes voted to strike down particularly aggressive attacks on reproductive freedom — held the balance of power between four justices who support abortion rights and four who oppose them. But Kennedy’s retirement in 2018 and the death of pro-choice Justice Ruth Bader Ginsburg in 2020 — both Kennedy and Ginsburg were replaced by staunchly conservative Donald Trump appointees — makes it exceedingly likely that the Supreme Court will permit laws that effectively ban abortion.

American College does not go that far, but it is an ominous sign for anyone who cares about the right to terminate a pregnancy.

American College concerns access to abortion during the pandemic

The specific issue in American College involves mifepristone, part of a two-drug regime that is used to induce abortions. Mifepristone causes tissue within the uterus to break down and separate from the uterus itself. A day or two after taking mifepristone, the patient takes a drug called misoprostol, which makes the uterus contract and expel its contents.

While mifepristone is often taken at home, the Food and Drug Administration only allows the drug to be dispensed at hospitals, clinics, or other medical offices. It is not available at retail or mail-order pharmacies.

This limit on who can dispense mifepristone has been in effect for more than 20 years, and it’s ordinarily a fairly minor limit on abortion rights. During the Covid-19 pandemic, however, it is potentially a significant burden on patients’ ability to terminate their pregnancies.

In the midst of a deadly pandemic, any trip outside of the home — including a trip to an abortion clinic — can potentially expose individuals to the coronavirus. Moreover, as Justice Sotomayor explains in her dissent, “three-quarters of abortion patients have low incomes, making them more likely to rely on public transportation to get to a clinic to pick up their medication.”

That means that these patients “must bear further risk of exposure while they travel, sometimes for several hours each way, to clinics often located far from their homes.”

Indeed, in no small part due to concerns that patients who need to travel in order to pick up medications could become infected with Covid-19, the FDA has eased many restrictions on prescription drugs for as long as the pandemic rages.

The federal government, Sotomayor notes, “has urged healthcare providers and patients to take advantage of telemedicine.” It has “waived many in-person drug distribution requirements because they could ‘put patients and others at risk for transmission of the coronavirus,’” and it has also waived certain mandatory tests that ordinarily must be conducted before certain drugs can be prescribed.

And yet, under the Trump administration, the FDA has refused to relax restrictions on mifepristone. It even appears to have singled mifepristone out for particularly restrictive treatment. As Sotomayor writes, “of the over 20,000 FDA-approved drugs, mifepristone is the only one that the FDA requires to be picked up in person for patients to take at home.”

This is why American College is such a significant decision, even if it does not make any explicit changes to the Supreme Court’s legal doctrines governing abortions. Instead of holding that abortion is a constitutional right entitled to special protection by the courts, the decision in American College suggests that the government may treat abortion-related treatments more harshly than any other medical treatment.

Most of the conservative justices did not explain their decision

Sotomayor’s dissenting opinion was joined only by herself and Justice Elena Kagan — although Justice Stephen Breyer, the Court’s third liberal justice, indicated that he would have left in place a lower court decision which suspended the FDA’s restriction on who can dispense mifepristone.

Of the six conservative justices, only Chief Justice John Roberts explained why he voted the way he did, and Roberts’s opinion, for what it’s worth, disclaims any suggestion that American College is a broad attack on abortion rights.

“The question before us is not whether the requirements for dispensing mifepristone impose an undue burden on a woman’s right to an abortion as a general matter.” Rather, Roberts writes, he believes that “courts owe significant deference to the politically accountable entities with the ‘background, competence, and expertise to assess public health’” when deciding how the government should respond to the pandemic.

But Roberts is the most moderate member of the Court’s Republican majority. And his views matter far less than they used to, now that a majority of the Court is more conservative than he is. The five most conservative justices — a bloc of judges that is large enough to hand down binding decisions with or without Roberts — did not join Roberts’s opinion or otherwise explain their votes.

Every one of those five most conservative justices, though, has signaled a desire to roll back abortion rights — or even to overturn Roe outright.

American College, in other words, is unlikely to be the last decision from this Supreme Court restricting reproductive choice.