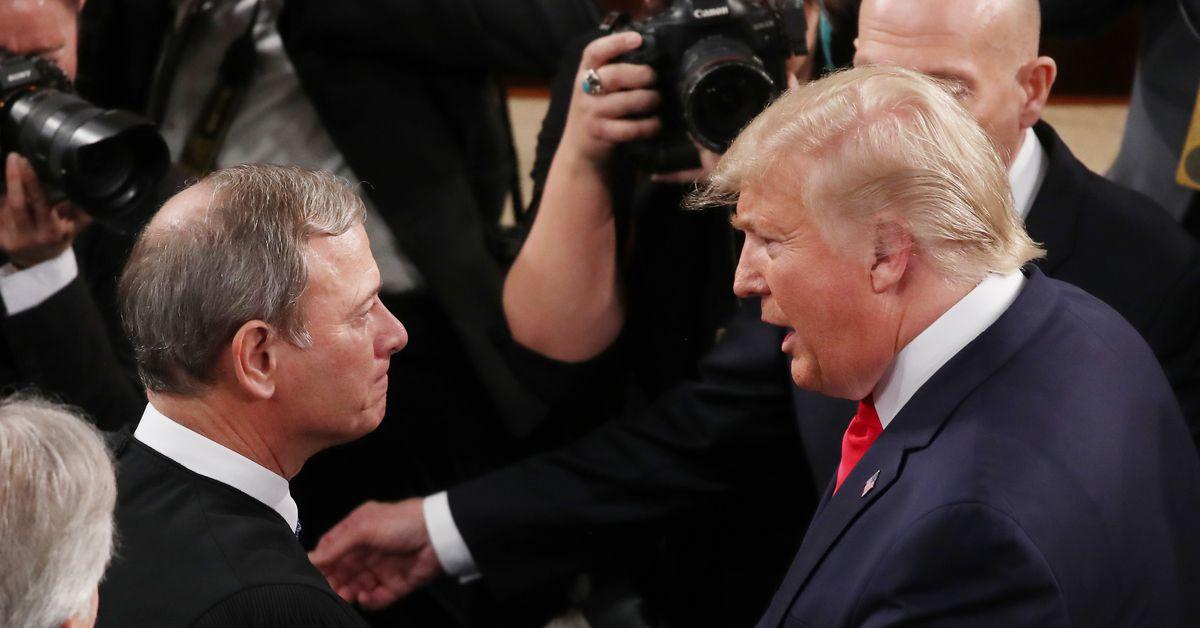 The Supreme Court decided not to decide an important case asking whether President Trump can exclude undocumented immigrants from the 2020 census count. In its unsigned opinion in Trump v. New York, the Court says it lacks jurisdiction to hear this challenge to Trump’s census policy — but only for now.

It is likely, however, that the Court will have to take up this case once again, after the census is completed and some uncertainties surrounding the impact of Trump’s anti-immigrant policy are resolved. If that happens, it is very likely that Trump’s plans to exclude certain immigrants from the census will be struck down.

Three justices — Stephen Breyer, Sonia Sotomayor, and Elena Kagan — dissented in New York and would have struck down Trump’s policy. And at oral arguments in New York, two other justices, Brett Kavanaugh and Amy Coney Barrett, indicated that, in Kavanaugh’s words, there are “forceful constitutional and statutory arguments” against Trump’s position. So that means there are likely to be at least five votes to strike down Trump’s plans to exclude undocumented immigrants if this issue reaches the justices again.

The New York case involves a memorandum that Trump issued in July, which provides that “for the purpose of the reapportionment of Representatives following the 2020 census, it is the policy of the United States to exclude from the apportionment base aliens who are not in a lawful immigration status.”

The partisan implications of this memo are fairly obvious. As Justice Breyer notes in his dissenting opinion, an estimated 2.2 million undocumented immigrants live in the blue state of California. If these immigrants are excluded from the census, California is expected to lose two or potentially even three seats in the US House of Representatives.

The red state of Texas, which also has a large immigrant population, would probably also lose some House representation if Trump’s memo is fully implemented. But California uses a bipartisan redistricting commission to draw legislative lines, while Texas leaves redistricting up to its GOP-controlled legislature. So lost California seats are likely to hurt Democrats, because California is overwhelmingly Democratic. Lost Texas seats, meanwhile, are unlikely to hurt Republicans because GOP lawmakers can draw Texas’s congressional districts to inflict maximal harm to the Democratic Party.

Trump’s plan to exclude undocumented immigrants, moreover, is unambiguously unconstitutional. Under the 14th Amendment, “representatives shall be apportioned among the several states according to their respective numbers, counting the whole number of persons in each state, excluding Indians not taxed.” Undocumented immigrants are “persons.”

To get around this explicit text, Trump argues that the 14th Amendment should not be read literally. “Although the Constitution requires the ‘persons in each State, excluding Indians not taxed,’ to be enumerated in the census,” Trump says in his memo, “that requirement has never been understood to include in the apportionment base every individual physically present within a State’s boundaries at the time of the census.”

Temporary visitors such as tourists and foreign diplomats generally are not counted by the census, even if they are physically present in the United States while the census is being taken. “The term ‘persons in each State,’” Trump’s memo notes, “has been interpreted to mean that only the ‘inhabitants’ of each State should be included.”

Fair enough, but it doesn’t follow from this claim that undocumented immigrants are not “inhabitants” of the state where they reside. As Breyer notes in his dissent, Webster’s dictionary defines the word “inhabitant” to mean “one who dwells or resides permanently in a place.” An undocumented immigrant who has settled in a state with the intention to remain indefinitely meets this definition just as easily as a similarly situated US citizen.

Moreover, as Justice Barrett told the Trump administration’s lawyer at oral argument, “a lot of the historical evidence and longstanding practice really cuts against your position.” She added that there is evidence that “in the founding era, an ‘inhabitant’ was a dweller, who lives and resides in a place.” Again, this definition of the word “inhabitant” makes no distinctions based on immigration status.

So it’s likely that Trump will lose his attempt to exclude undocumented immigrants from the census — eventually.

Although there are likely at least five justices who believe that Trump’s policy is illegal, a majority of the Court ruled on Friday that it is too soon for them to hear the New York case.

As the unsigned majority opinion explains, a plaintiff is not allowed to bring a suit in federal court unless they can show that they were somehow injured by the defendant. Under the doctrine of “standing,” that plaintiff must show that they have “an injury that is concrete, particularized, and imminent rather than conjectural or hypothetical.” A related doctrine known as “ripeness” provides that the plaintiff’s injury may not be “dependent on ‘contingent future events that may not occur as anticipated, or indeed may not occur at all.’”

The plaintiffs in this case include several states, which allege that they will lose either congressional representation or federal funding if their undocumented residents are excluded from the census. But the New York majority opinion says it is unclear whether any of these injuries will actually occur.

“The President, to be sure, has made clear his desire to exclude aliens without lawful status from the apportionment base,” the opinion claims, but Trump “qualified his directive by providing that the Secretary” of commerce, who oversees the census, “should gather information ‘to the extent practicable’ and that aliens should be excluded ‘to the extent feasible.’”

It is possible, in other words, that the task of excluding undocumented immigrants will not be “feasible.” It’s also possible that so few immigrants will be excluded that the impact of Trump’s memorandum will be negligible. Though the Court does not make this point, it’s also possible that the census will be unable to complete its work until President-elect Joe Biden is inaugurated, and Biden would almost certainly reverse Trump’s anti-immigrant policy if he had the opportunity to do so.

These uncertainties will be resolved eventually. We will know soon whether Trump or Biden makes the final determination of who is included in the census. If Trump makes that determination, we will also know soon how many undocumented immigrants are excluded and whether that exclusion hurts any particular state.

The upshot of the New York opinion, in other words, is that we just have to wait a little longer until litigation against Trump’s unconstitutional memo can proceed. After the census is complete and the decision to exclude (or not exclude) certain immigrants has been made, a new lawsuit can be filed. And it remains likely that such a lawsuit would prevail if significant numbers of undocumented immigrants are not counted.

For now, however, Trump has won the smallest possible victory in the Supreme Court.