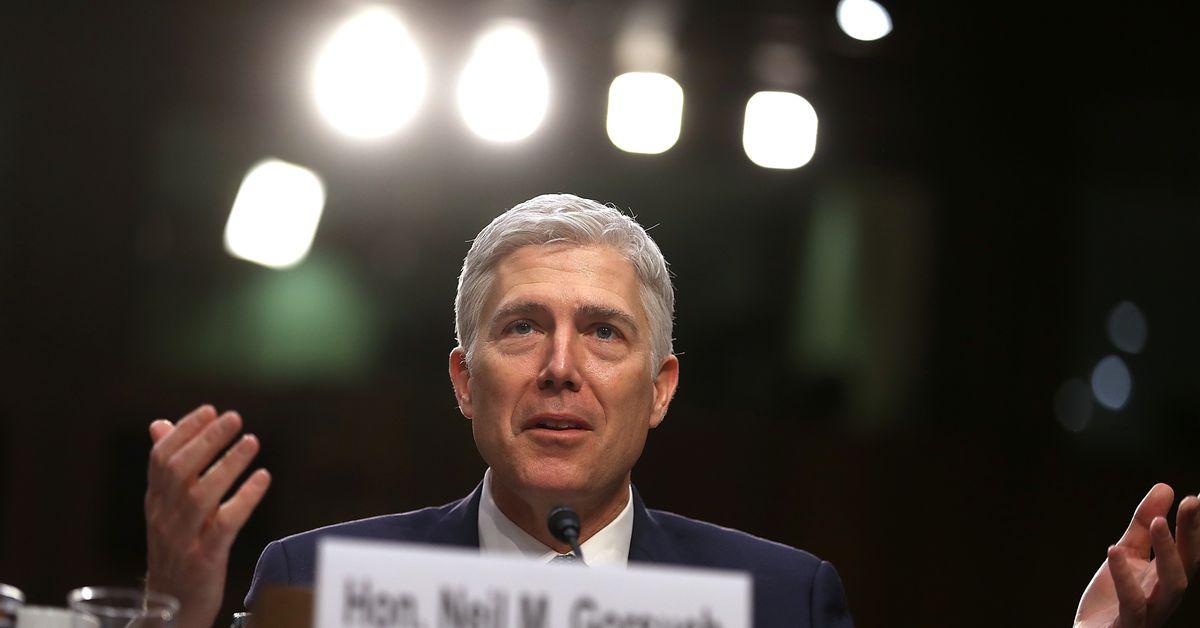 The Supreme Court handed down a deeply strange order Thursday evening, denying relief to a religious private school in Kentucky that wants to reopen despite a Covid-19 related order closing all primary and secondary schools in the state.

As a matter of law, the outcome in Danville Christian Academy v. Beshear is correct — or, at least, it would have been correct before the Court handed down a decision on the eve of Thanksgiving that significantly expanded the rights of religious objectors to state laws. But oddly, the Court’s Danville Christian order barely discusses the merits of the case, and it doesn’t engage at all with the question of whether Roman Catholic Diocese of Brooklyn v. Cuomo, the transformative decision that the Court handed down the night before Thanksgiving, permits Kentucky to close religious schools.

Most confusing of all, the Court places a great deal of weight on the fact that Gov. Andy Beshear’s (D-KY) order closing schools within his state is about to expire. “Under all of the circumstances, especially the timing and the impending expiration of” Beshear’s order, the Court ruled, “we deny the application without prejudice to the applicants or other parties seeking a new preliminary injunction if the Governor issues a school-closing order that applies in the new year.”

The Supreme Court doesn’t typically refuse to decide constitutional cases because an alleged constitutional violation has an expiration date. If Kentucky enacted a law forbidding newspapers from publishing any criticism of Beshear prior to Christmas, for example, it’s hard to imagine that the justices would let such a law stand simply because it would only last a week.

So what’s going on here? The justices’ previous decisions concerning religious objections to pandemic-related public health orders suggest that the Court is torn between two goals.

Some members of the Court — especially Chief Justice John Roberts — have emphasized the need for courts to defer to state public health officials during crises like the coronavirus pandemic.

“The precise question of when restrictions on particular social activities should be lifted during the pandemic is a dynamic and fact-intensive matter subject to reasonable disagreement,” Roberts wrote in South Bay United Pentecostal Church v. Newsom (2020). He added that “our Constitution principally entrusts ‘[t]he safety and the health of the people’ to the politically accountable officials of the States ‘to guard and protect.’”

At the same time, a majority of the Court seems eager to significantly expand the rights of religious conservatives who seek exemptions from state laws, hence the Court’s 5-4 decision in Roman Catholic Diocese, which struck down New York State’s rules that placed strict limits on the number of people who could gather in houses of worship in areas where there is a Covid-19 outbreak.

Read together, the decisions in Danville Christian and Roman Catholic Diocese suggest that the Court may have struck a balance between these two goals.

In the Roman Catholic case, several members of the Court emphasized the fact that New York’s restrictions are particularly strict — in areas with the most severe Covid-19 outbreaks, places of worship could only admit 10 people at a time. The Danville Christian order, by contrast, emphasizes the fact that the governor’s order is not especially onerous. Indeed, it’s only likely to be in effect for a few more days.

The conservative “religious liberty” revolution, in other words, is likely to proceed apace. But the Court may be inclined to choose carefully which cases it uses to make sweeping doctrinal changes. When a state public health order imposes fairly small burdens on religious exercise, Roberts’s call for deference to state officials could very well prevail — but only for as long as the pandemic is still raging.

Under the Supreme Court’s decision in Employment Division v. Smith (1990) state laws may be enforced against people who object to those laws on religious grounds so long as the challenged policy is a “neutral law of general applicability.” Thus, so long as a state law does not single people of faith out for inferior treatment, such people of faith must comply with the law. (A federal statute applies a stricter rule to federal laws that burden religious exercise, so religious objectors are much more likely to prevail in suits against the federal government.)

If a state or local government discriminates against a particular religion or against religious institutions generally, however, such discrimination will typically be struck down. The seminal Supreme Court case involving religious discrimination is Church of the Lukumi Babalu Aye v. City of Hialeah (1993), which answered the question of how courts should approach laws that appear to be neutral on their face, but were enacted with a discriminatory purpose.

In Lukumi, members of the Santeria faith planed to open a church in Hialeah, Florida. Santeria practitioners in the state largely descend from slaves brought to Cuba in the nineteenth century, and the faith incorporates aspects of both east African religious beliefs and Roman Catholicism. Notably, Santeria rituals sometimes involve animal sacrifice.

The possibility that such sacrifices could be conducted in their community sparked outrage among some residents of Hialeah, and the city council soon passed a resolution declaring that “certain religions may propose to engage in practices which are inconsistent with public morals, peace or safety.” It followed this resolution with a series of ordinances banning animal sacrifice.

Notably, these ordinances had broad exemptions allowing animals to be killed for many reasons, including an exemption permitting Kosher slaughter. Indeed, these exemptions were so broad that, as Justice Anthony Kennedy described the ordinances in his opinion striking them down, “it is a necessary conclusion that almost the only conduct subject to Ordinances 87-40, 87-52, and 87-71 is the religious exercise of Santeria church members.”

Such a gerrymandered law is not allowed. State and local governments may enact laws regulating animal slaughter or banning cruelty to animals, but they may not enact a law that is so narrowly targeted that it singles out members of a particular faith for ill treatment that the law does not afford to others.

Just as significantly, Lukumi established that, when a law that appears neutral on its face contains an array of exemptions, those exemptions can provide evidence that the real purpose of the law is to discriminate on the basis of faith. Several justices, however, believe that Lukumi does not go far enough. They’ve claimed that the presence of exemptions in an otherwise neutral law isn’t just evidence that the purpose of the law is religious discrimination, but that it is often definitive proof of discrimination.

Thus, for example, in his dissent from the Court’s decision not to hear Stormans v. Wiesman (2016), Justice Samuel Alito claimed that a Washington state regulation that requires pharmacies to “deliver lawfully prescribed drugs or devices to patients” was constitutionally suspect because included a number of secular exemptions — the regulation permitted pharmacies to refuse to fill a prescription if it did not accept the patient’s insurance, for example — but no exemption for religious pharmacy owners who object to dispensing birth control.

The Court’s decision in Roman Catholic Diocese, the case involving New York’s restrictions on attendance at worship services, largely embraced Alito’s vision. Although these restrictions were quite severe, they are actually less harsh than the restrictions imposed on secular businesses that are similar in character to places of worship. As a lower court that upheld New York’s restrictions explained, “public gatherings with scheduled starting and ending times such as public lectures, concerts or theatrical performances” must “remain closed entirely” in the parts of New York where strict limits on houses of worship were in place.

But Roman Catholic Diocese held that it does not matter whether businesses that are similar in character to houses of worship are subject to less restrictive rules. What matters is whether any secular business is subject to lighter restrictions. If the state only permits churches to admit 25 people, but it permits grocery stores to admit many more people, then the state’s actions are potentially suspect.

Roman Catholic Diocese, in other words, is a tremendous expansion of the Court’s holding in Lukumi. Lukumi called for a fact-specific inquiry into the real reason why a state or local government enacted a policy that burdens people of faith, and the purpose of that inquiry was to sniff out laws that “stem from animosity to religion or distrust of its practices.” Roman Catholic Diocese, by contrast, presumes that the state engaged in unconstitutional discrimination if a religious institution is treated differently from secular ones — regardless of why the institutions are treated differently.

After Roman Catholic Diocese, the Danville Christian plaintiffs had a strong case

Before Roman Catholic Diocese, it was clear that the Danville Christian plaintiffs should have lost their case. Governor Beshear’s order closes all primary and secondary schools, regardless of whether those schools are religious or secular. Whatever the wisdom of that policy, it’s a neutral law of general applicability. It does not treat religious schools any differently than similar secular schools.

After Roman Catholic Diocese, however, it’s far from clear that the Danville Christian plaintiffs should lose. As Justice Neil Gorsuch points out in a dissenting opinion, Kentucky allows a wide array of secular institutions to remain open, including preschools, universities, movie theatres, and bowling allies.

There may be good policy reasons why an elementary school should be treated differently than a bowling alley, but Roman Catholic Diocese suggests that these policy distinctions are irrelevant. Closing a religious private school, while allowing secular businesses to remain open, is suspect under the new rule that the Court announced before Thanksgiving.

In any event, because the Court’s decision in Danville Christian places such heavy emphasis on the fact that Beshear’s order is about to expire, that decision is unlikely to have very many doctrinal implications. Once the pandemic is over, the doctrinal shifts laid out in Roman Catholic Diocese will remain, while Danville Christian is unlikely to be cited very often by future courts.

But Danville Christian is a strange decision. And it suggests that, at least while Covid-19 is still raging, some key members of the Supreme Court may be uncomfortable with the full public health implications of their decision in Roman Catholic Diocese.