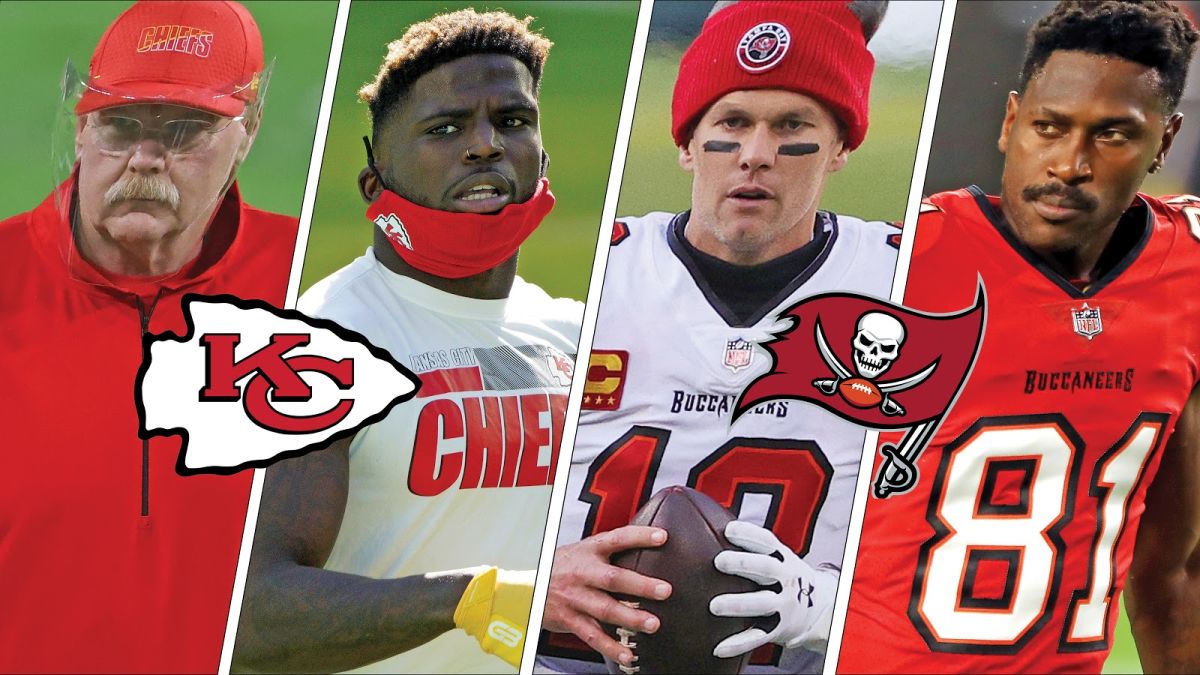 Despite what you may have heard, or what my trolls believe, this isn’t an enjoyable subject for me. This isn’t fun. This isn’t what I wanted my career in sports media to consist of. And I know that this piece will largely be met with eye roles, heavy sighs, and an, “Oh great, here goes DiCaro whining about women again” feeling.

But sometimes I see things over and over that are so painful, so rage-inducing, that I have to say something. Otherwise, I feel my heart beating out of my chest and the anger bubbling over into every other aspect of my life. I don’t expect those who aren’t part of any marginalized group to understand. Maybe some of them do. After all, I’ve seen enough rage-tweets about Alexandra Ocasio-Cortez and Hillary Clinton to last me a lifetime.

The only way I can deal with the pain is to write.

I don’t know how to explain how much it hurts to see sports media and fans (even women!) cooing over men who’ve hurt women. Or ignoring that they’ve hurt women. Refusing to acknowledge that their sports heroes have been complicit in enabling men who’ve hurt women. I envy those white guys who can stomp their feet and yell “sports is supposed to be an escape!” If you care at all about racism, homophobia, domestic violence, sexual assault, sports is the last place you go to escape. That’s like going to Twitter to avoid toxicity.

As we get closer to the Super Bowl, the rhetoric that turns mere men into golden gods keeps amping up. Is Tom Brady the greatest athlete who has ever existed? No, and Simone Biles and Serena Williams laugh at the question. Is this Antonio Brown’s shot at redemption? Also no. Because a man accused for multiple instances of sexually harassing and violently raping a woman, in addition to throwing a bag of gummy dicks at his child’s mother, doesn’t redeem his soul on the football field.

Isn’t it great that Bruce Arians hires so many women? Yes, but he doesn’t get a pass for allowing Tom Brady to talk him into bringing Brown on board. Just like Andy Reid doesn’t get a pass for Frank Clark, Tyreek Hill, and reportedly not wanting to discipline Kareem Hunt until after the video of him shoving and kicking a woman became public, leaving the Chiefs with no choice.

Reportedly, Reid didn’t even talk to Hill about the allegations he broke his son’s arm, blaming it on the advice of lawyers. One would think Reid might care about the kind of men he has on his team, but why should something like alleged abuse matter when there is football to be played?

Before the entire world heard Hill tell the mother of his child, “You need to be terrified of me, bitch,” Reid knew that Hill had pled guilty in college to choking his girlfriend, Crystal Espinal, and punching her in the stomach while she was eight months pregnant. When asked about the decision to draft Hill, Reid deflected responsibility to his wife:

“We (drafted) Tyreek Hill. The thing we did is, we tried to do as much homework as we could, to see if there was a second chance available there, that possibly we would give him that. We’ve had players we’ve done that with. My wife is very involved in that part of things, with spousal abuse and that. I talked to her about that situation when we had Tyreek, and as long as they’re working toward bettering themselves and they’ve got some kind of foundation there, you can possibly take that chance.”

I suppose Reid would also credit his wife for his team’s signing of Justin Cox, who was kicked off his college team for a domestic violence arrest, and then subsequently cut by the Chiefs after a second arrest, this time for aggravated domestic abuse, burglary, and trespassing. Or the Chief’s trade-and-sign deal for Clark, who also has a history of domestic violence, and who was also kicked off his college team after an arrest for domestic abuse involving his then-pregnant girlfriend.

We get it. The Hawaiian shirts are funny, the baby Andy Reid Halloween costume was hilarious. But maybe we can consider all the violent men Andy Reid has welcomed onto his team, at the expense of the women in their lives. Lots of NFL teams look the other way when it comes to domestic violence, but no one does it quite as often as Andy Reid and the Chiefs.

Over the course of the last couple of days, the online debate has been about Brady’s ties to Donald Trump. Yes, Brady had a “Make America Great Again” hat in his locker back in 2015. And while anyone who supports or maintains even a casual friendship with the White Supremacist in Chief deserves whatever internet dragging they get, Brady’s advocacy for Antonio Brown, who will stand civil trial in 2021 for allegations he violently raped a long-time friend, is far less tenuous.

If you haven’t taken the time to delve into the accusations against Brown, you should. We’re not talking about groping, or unwanted touching, though those would be bad enough. But the federal lawsuit Brown faces next year accuses the Bucs wideout of multiple instances of sexual assault, including a violent, forcible rape of his trainer, Britney Taylor. See for yourself:

6. On May 20, 2018, Brown cornered Ms. Taylor, forced her down onto a bed, pushed her face into the mattress, and forcibly raped her. Ms. Taylor tried to resist him, but Brown was too strong and physically overpowered her. She screamed and cried throughout the rape, reportedly shouting “no” and “stop.” Brown refused and penetrated her.

After she cut off their relationship, Taylor says Brown flooded her with apologies and begged her to train him again. Then came the alleged sexual assault.

So no, Tom Brady doesn’t get credit for “saving” Antonio Brown’s career. Bruce Arians doesn’t get “great ally” points for hiring women. Arians even went so far as to call Brown “a model citizen.” If anything, both men, in advocating for Brown, have implied his victims are lying. Or they just don’t care. Either way, their tacit approval makes life harder for the women making the accusations.

I don’t feel any better having written this. It won’t change anything. Next time I go on social media, everyone will still be lauding Tom Brady as a god and deifying Andy Reid and Bruce Arians for doing good football things. As the Super Bowl gets closer, I have no doubt we’ll get glossy video packages about Brady’s leadership, Brown’s “redemption,” Reid’s future enshrinement in Canton, Arians’ diverse hiring. No one will talk about the ugly allegations detailed here. That’s just not how Super Bowl Week is done.

I can’t convince others to care. I can’t snap my fingers and suddenly cause the world to look at the things that matter (violence against women) and not at the things that don’t (football). And I can’t ever write enough words to make the men who will reply to this article on Twitter with misogyny and hate see things differently. I can’t prevent the sarcastic messages thanking me for my “bravery” and the virtual high fives that will follow.

I don’t know which feels worse: the never-ending mocking and harassment of the women who point to these uncomfortable issues or the refusal of most of our male colleagues to even mention them. Both are sharp reminders of how little women matter in this industry and in our society.

But I can leave you, Reader, with this: More women than you know have been raped, beaten, and sexually harassed by the men in their lives. When you disregard these actions of other men because you want an “escape” and don’t want to think about it, you hurt these women. Deeply. You hurt those who have worked in the domestic violence and sexual assault communities. You make it harder for every single woman to come forward, confirming her fears that she won’t be believed.

You are not a passive bystander.

We can see you.