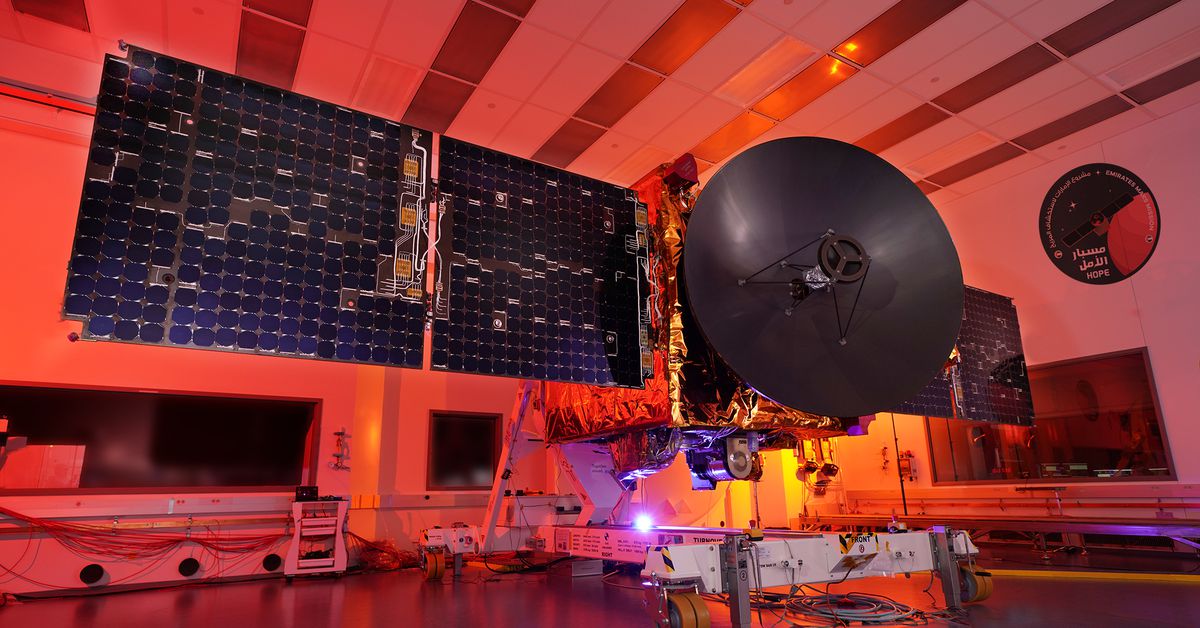 A probe from the United Arab Emirates successfully reached Mars on Tuesday, earning the country a spot in a small group of spacefaring powers that have sent spacecraft to study the fourth planet from the Sun. The UAE hopes the mission will yield key discoveries on Martian weather patterns and catalyze a new science and technology sector as it looks to wean its economy from oil dependence.

Hope carried out an intricate and fully automatic maneuver called a Mars Orbit Insertion (MOI) on time at 10:30AM ET, mission engineers said. This maneuver slams the brakes on the spacecraft’s final leg of its journey, slowing Hope’s cruising speed of 75,000 mph down to 11,000 mph by firing all six of its Delta-V thrusters for 27 minutes. The deceleration allowed Hope to get swept up in a “capture orbit” around Mars, officially reaching the Red Planet.

Mission control didn’t have confirmation of a successful MOI burn until 11:14AM ET because of a 22-minute roundtrip communications delay through NASA’s Deep Space Network. Manual, real-time control is impossible, so Hope has been programmed to carry out these orbital dances on its own.

As expected, the Hope mission team briefly lost contact with the probe as it flew around the far side of Mars, cutting off radio signals for about 15 minutes.

For mission managers at the Mohammed Bin Rashid Space Center in Dubai, Hope’s arrival at Mars was a nerve-racking climax in the UAE’s first mission to deep space. The spacecraft traveled 300 million miles after launching from Japan’s Tanegashima Space Center last July, as Earth and Mars aligned in their orbits around the Sun. It’s also the first of three Mars spacecraft visiting the planet this month, with a Chinese spacecraft arriving tomorrow and NASA’s Perseverance rover following next week.

With a successful injection into Mars’ orbit, the spacecraft is on track to spend two years capturing global snapshots of the planet to better understand its atmosphere and weather changes.