Home General The virus is spreading unabated in California despite strict stay-at-home orders.

The virus is spreading unabated in California despite strict stay-at-home orders. 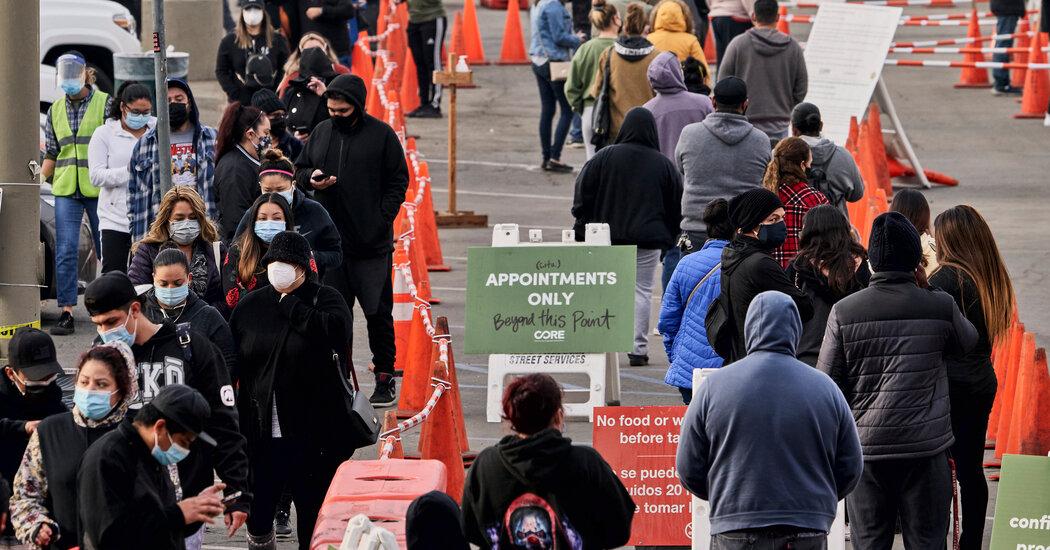 California’s coronavirus surge has continued its astonishing, deadly ascent, shattering records with more than 60,000 new cases reported on Wednesday and 398 deaths, according to a New York Times database.

Patients are overwhelming hospitals across the nation’s most populous state, particularly in the hard-hit San Joaquin Valley, where many low-wage essential workers live without sufficient access to health care even in the best of times.

Officials in Los Angeles County said on Wednesday that, on average, two people are dying of the virus every hour. And in the Bay Area, which had managed to stave off the worst of the surge by adhering to what was considered to be a cautious, data-driven reopening process that was even more restrictive than the state required, intensive care unit capacity dropped below the 15 percent threshold, leading to a regional stay-at-home order, which will go into effect Thursday night.

The numbers are all the more demoralizing because they have continued seemingly unabated while the state has implemented some of the most stringent restrictions in the country. Restaurants are supposed to be shuttered except for takeout in most parts of the state. Gatherings of any kind, public or private, are prohibited as the holidays approach. Experts and officials are now saying that strict lockdowns are the only way forward for the state, because the virus is too prevalent in too many communities.

While experts have pointed to a post-Thanksgiving tidal wave of new cases, there is not enough specific data about where the virus is being transmitted to more carefully tailor lockdown orders.

“They’ve tried to keep things open because of the economic need, which, unfortunately, makes the messaging more challenging,” Dr. Kirsten Bibbins-Domingo, the vice dean for population health and health equity at the School of Medicine at U.C. San Francisco, told The Times earlier this month. “Because now we really are in a crisis.”