The Virus Trains: How Lockdown Chaos Spread Covid-19 Across India 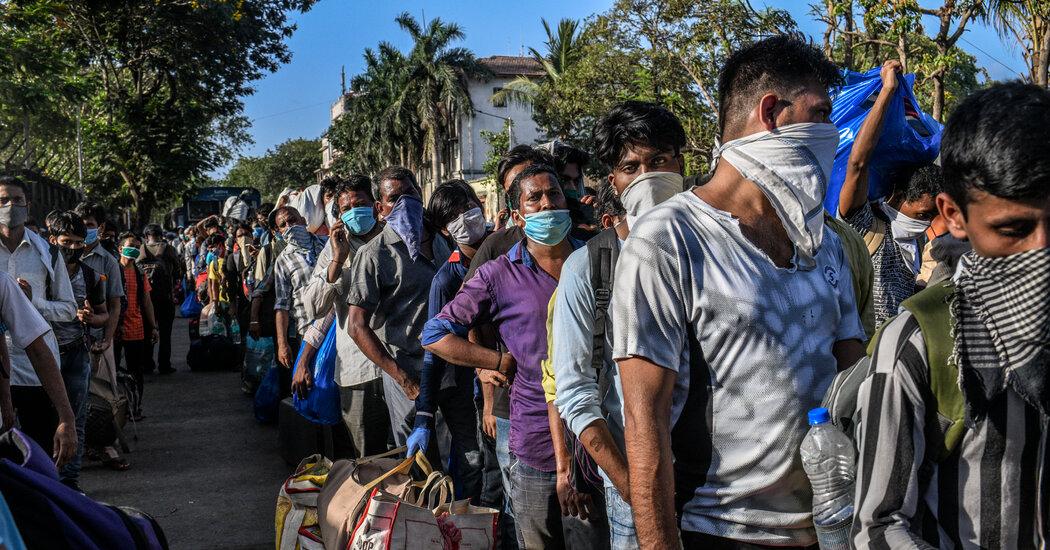 Railroad officials also insist that the trains were the safest way to get migrant workers home.

“India has done extraordinarily well in managing the spread of disease compared to some of the materially most advanced countries of the world,” said D.J. Narain, a Ministry of Railways spokesman.

In all, the government organized 4,621 Shramik Specials, moving more than 6 million people. As they poured out of India’s cities, which were becoming hot spots, many returnees dragged the virus with them, yet they kept coming. Surat, an industrial hub, saw more than half a million workers leave on the trains.

“It felt like doomsday,” said Ram Singhasan, a ticket collector. “When you saw how many people were thronged outside, it looked like the end of the world was coming.”

A Lockdown Unlocks an Exodus

On March 24, at 8 p.m., Mr. Modi hit the lockdown switch. In a televised address, he ordered the entire nation to stay inside their homes for three weeks — starting in four hours.

The decision was pure Modi: sudden, dramatic and firm, like when he abruptly wiped out nearly 90 percent of India’s currency bills in 2016, a bolt-from-the-blue measure that he said was necessary to fight corruption but proved economically devastating.

Prafulla and Rabindra Behera had just finished a dinner of rice, lentils and potatoes, their usual fare. They lived in squalid, bare rooms in Surat’s industrial zone, sleeping wall to wall on the floor with a half dozen other laborers. Within minutes of Mr. Modi’s address, they started getting calls.

“Everyone was thinking the same: This will be over soon and somehow we’ll pass the days,” Rabindra said.