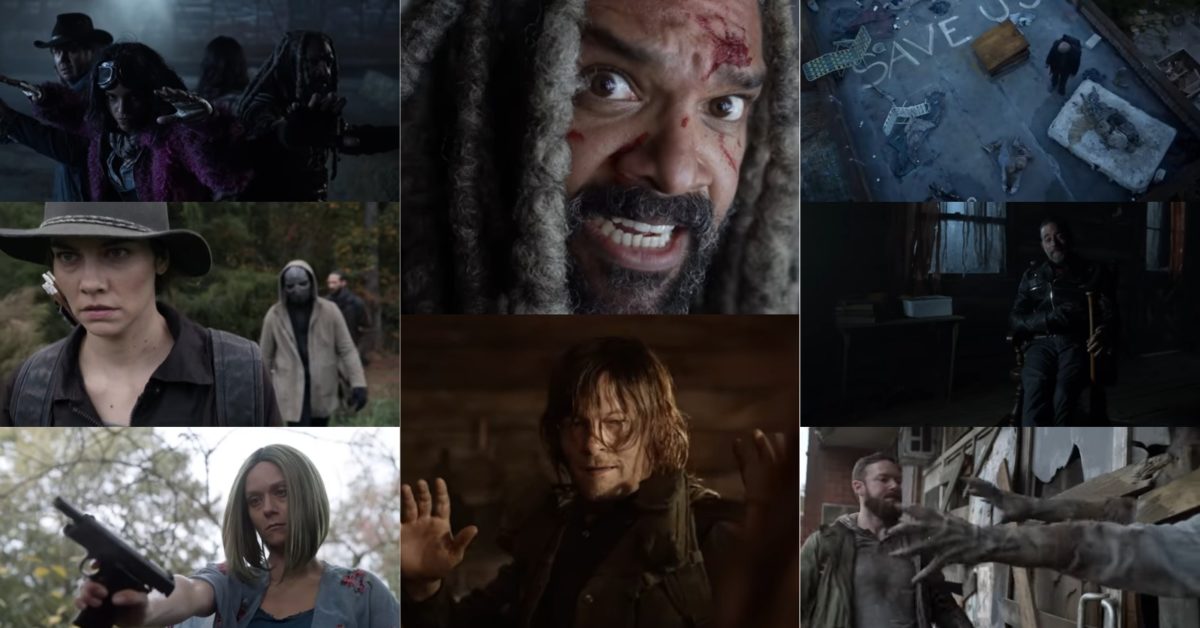 With all of that in play, the fandom’s anticipation levels are already at a nerve-wracking, Spinal Tap-loving 11. Those of you who witnessed that pathetic display on social media a week or so ago over rumors about Daryl’s (Norman Reedus) love life already know what we’re talking about (let’s not have that happen again, cool?). So when the main TWD Twitter account revealed that new emojis were on the way and the ones you saw above would be the ones they end up using the most, our first thought was, “‘TWD’ fans start assigning them to the episodes below in 8… 7… 6…” (eight’s our favorite number). Oh, and once those emojis have been assigned? Let the parade of “See? That’s what I’m talking about! The show’s always screwing over ________”. Our two initial thoughts? I’m probably going to end up throwing a fiery heart at “Find Me” (sorry, “Caryl” folks) and a whole crapload of bandaged hearts at “Here’s Negan.”

Here’s Your Look at The Walking Dead Season 10C

Some of the new faces joining the cast of The Walking Dead include Robert Patrick (Terminator 2: Judgment Day, Perry Mason, Scorpion) as Mays, Hilarie Burton Morgan (One Tree Hill, White Collar, Friday Night In with the Morgans) as Lucille, Okea Eme-Akwari (Greenland, Cobra Kai), and C. Thomas Howell (The Outsiders, The Hitcher) reprising his role as a Season 9 Hilltop resident. The six new episodes will debut Sunday, February 28, at 9 pm ET/8 pm CT, followed by a new episode of Talking Dead each week.

The Walking Dead: It's a Tale of Two Emojis- With More To Come

X
The Uncanny Counter Season 2: Release Date, Cast, Plot, Trailer And All Details …TVThe Uncanny Counter is a K-drama that compels the genre boundaries to like is among the most popular series on South Korean channel OCN breaking the r…
close