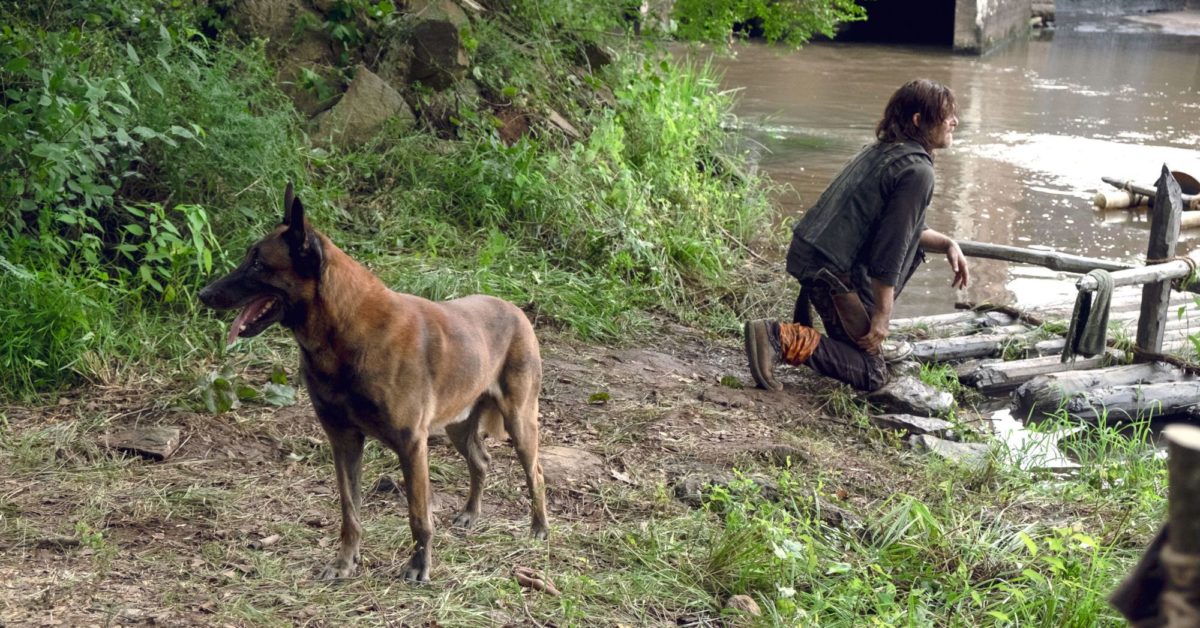 By now, we’re pretty sure fans of AMC’s The Walking Dead have picked apart yesterday’s trailer for next month’s kick-off to Season 10C (otherwise known as the six “extra” episodes meant to serve as a bridge between Seasons 10 and 11) with tweezers and a scalpel. We’ve got Carol (Melissa McBride) and Daryl (Norman Reedus) at a crossroads, and Eugene (Josh McDermitt), Ezekiel (Khary Payton), Yumiko (Eleanor Matsuura), and Princess (Paola Lázaro) taking on the Commonwealth. Maggie (Lauren Cohan) has some serious readjusting to do now that she’s back- and Negan (Jeffrey Dean Morgan) still being alive is definitely complicating matters. Meanwhile, the ex-Saviors leader’s journey towards redemption forces him to confront his past- as Gabriel (Seth Gilliam) and Aaron (Ross Marquand) find their respective faiths questioned at a time when believing in something could keep them alive. But our biggest question? What about Dog?

Though we’ve gotten glimpses of the confirmation already, AMC made it official on Friday by bestowing upon the hero a mini-teaser honor he so richly deserves. Here’s a look at a proper tribute to Daryl’s best friend, as Dog returns alongside AMC’s The Walking Dead on Sunday, February 28:

To be clear, we have nothing but love and respect for the teasers previously released for Cohan’s Maggie marking her return and for McBride’s Carol that wonders if she can ever be trusted again:

Here’s a look at what viewers can expect when The Walking Dead returns for the first of six new episodes, beginning Sunday, February 28, on AMC:

Here’s a look at the behind-the-scenes video released for Season 10C, followed by a mini-season overview and the episode intel (with the updated table read videos, including today’s clip from “Find Me”) that were released. Robert Patrick (Terminator 2: Judgment Day, Perry Mason, Scorpion) as Mays, Hilarie Burton Morgan (One Tree Hill, White Collar, Friday Night In with the Morgans) as Lucille, and new co-star Okea Eme-Akwari (Greenland, Cobra Kai) as Elijah are set to join the cast. The six new episodes will debut Sunday, February 28 at 9 pm ET/8CT, followed by a new episode of Talking Dead each week.

Last on The Walking Dead, we witnessed the fall of Alpha (Samantha Morton) and the end of the Whisperers War. The Kingdom had fallen, Hilltop was virtually destroyed and Alexandria abandoned to prepare for final battle. Our survivors were trapped and separated from one another. Yet, when faced with almost certain death, they rallied together to fight, killing Beta (Ryan Hurst) and eliminating the threat of the horde.