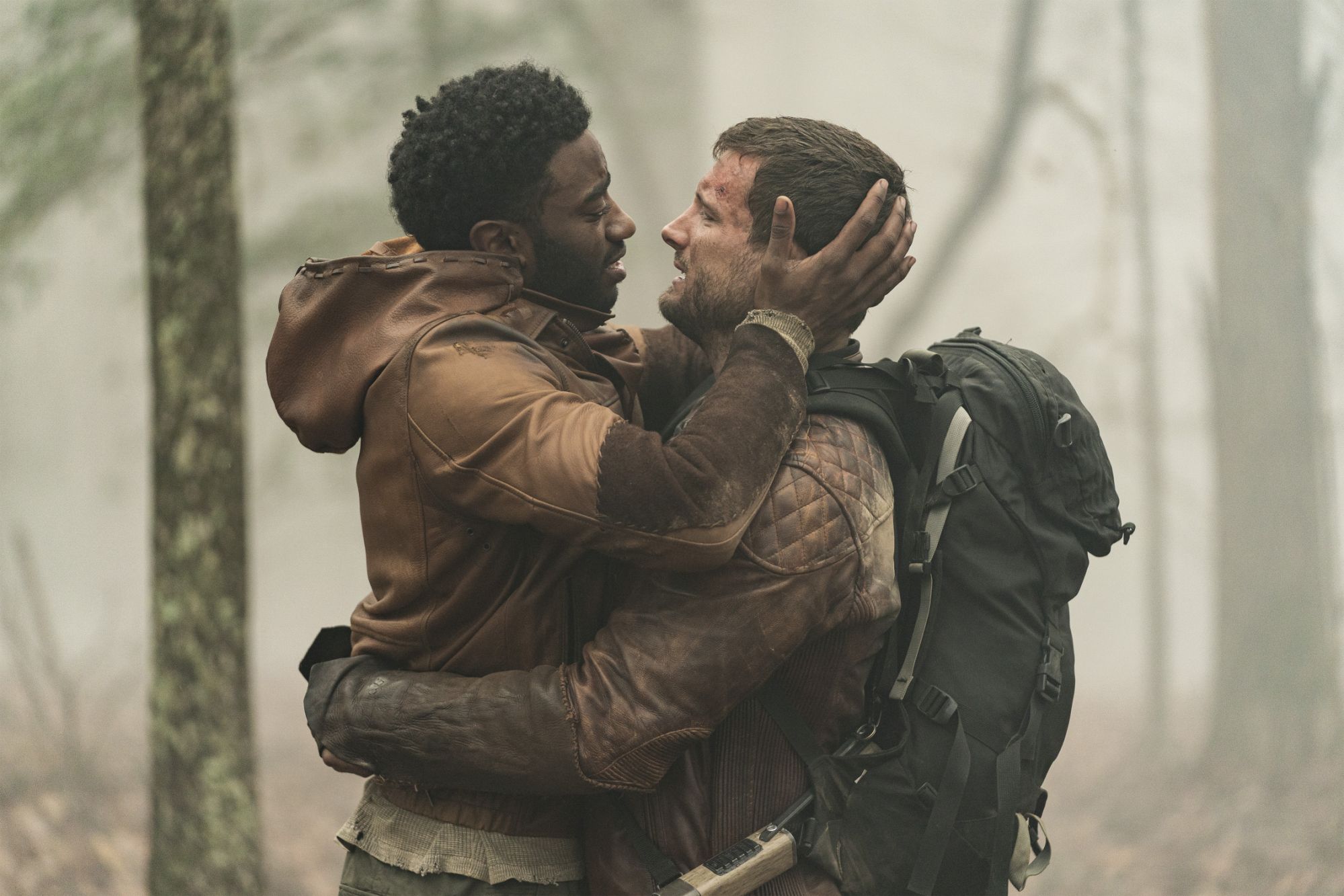 The Walking Dead is taking aim at homophobia, as well as zombies.

After a small, but vocal segment of viewers responded negatively to the inclusion of a gay couple in the spin-off series The Walking Dead: World Beyond, the franchise responded from its official Twitter account.

“If LBGTQ+ characters on television (or anywhere) make you uncomfortable or angry, please unfollow us,” the statement reads. “While we also encourage you to look within and be more accepting, know that there is no place in our fandom for hateful discrimination or willful ignorance.”

Hi, hello. If LGBTQ+ characters on television (or anywhere) make you uncomfortable or angry, please unfollow us. While we also encourage you to look within and be more accepting, know that there is no place in our fandom for hateful discrimination or willful ignorance. Thank you.

Premiering last October, World Beyond was a teen-centric variation on The Walking Dead, following four adolescents who are among the first generation to grow up in a world populated by brain-eating monsters. Several adults join them in the course of their journey, including former security officer Felix Carlucci (Nico Tortorella) and boyfriend, Will Campbell, played by Broadway star Jelani Alladin.

On Jan. 25, Alladin discussed the couple’s relationship on the Talk Dead to Me podcast, noting how much he appreciated that the show’s writers approached the romance in a completely ordinary manner. “It was just two men who happened to be in love. There was no need to explain anything further. I love that The Walking Dead is putting that forward: that LGBTQ relationships are nothing different than any other kind of relationship.”

That interview awakened online trolls who criticized the show’s attempts at LGBTQ+ inclusion. “I don’t like how every character simply HAS TO HAVE A LOVE INTEREST. Oh we can’t find a character for you, screw it you’re gay with this guy. It’s so fake just for added emotional drama,” wrote one YouTube commenter.

The Walking Dead franchise — which has a strong track record of featuring LGBTQ+ characters across its shows — wasted little time stepping in and shutting those trolls down, posting its statement on Twitter the day after Alladin’s interview. And fans are thrilled that they spoke up.

The LGBTQ+ characters are a wonderful and important part of not only the graphic novels but the show and we fully support them!

wow, as a trans person, you really don’t see a lot of shows or just companies just outright say something like this, it’s very much appreciated, thank you 🙏

The Walking Dead: World Beyond is currently streaming on AMC

RELATED:  Priyanka Chopra opens up about having kids with Nick Jonas