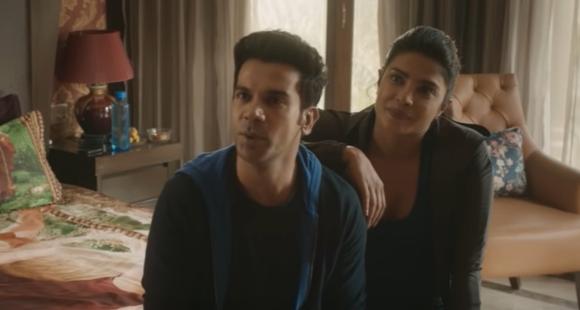 The White Tiger is all set to premiere on January 22, 2021. The Ramin Bahrani directorial features, Priyanka Chopra, Rajkummar Rao, and Adarsh Gourav in the lead roles.

While The White Tiger is almost on the verge of its premiere on January 22, a plea was earlier filed to put a stay on the same. However, the Delhi High Court refused to do so and instead slammed the petitioners for having approached it at the ‘nth’ hour. For the unversed, John N Hart Jr, an American producer along with another filmmaker named Sonia Mudbhatkal filed an injunction suit for the postponement of the film’s release into the platform.

Both of them were said to have bought the copyright for a movie adaptation from Adiga back in March 2009. However, the court dismissed their application while stating that they arrived at the last moment despite knowing that the Priyanka Chopra, Rajkummar Rao, and Adarsh Gourav starrer was in the making for the past year and a half. They were also slammed over the fact that they were fully aware of the production and the release of the Ramin Bahrani directorial.

Hart Jr and his associates were also called out by Justice C Hari Shankar for concealing certain documents and agreements which they had earlier signed with the makers of the movie. In a hearing that was held on Thursday, the Delhi HC further added that a stay in The White Tiger’s premiere would have large ramifications on the makers and actors since it also involves finances. In his defense, Hart’s counsel said that since he was in America, he did not have any knowledge about the production or the release of the movie. He had reportedly also expected that its work won’t progress because of the pandemic.

Sai Rajagopal, Senior Advocate spoke on behalf of Netflix and said that the movie was already released in the US on January 11, 2021, but the plaintiffs did not raise any objection back then. It was also added that they went ahead with the movie only when one of them, Mudbhatkal had signed an agreement.

Also Read: The White Tiger: Priyanka Chopra shares quirky BTS pictures from the sets ahead of the film”s premiere