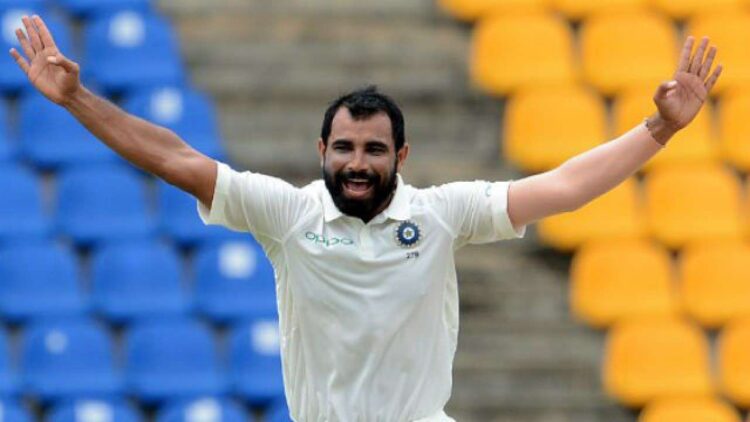 India’s fast bowler Mohammed Shami showed total faith in the youngsters of the Indian team and said that they were ready to take over from the current batch of the players when their time to retire comes. He lauded the performance of bowlers during India’s recent Test series win over Australia.

India defeated Australia 2-1 in their own den for the second consecutive time, despite losing players to injury and other reasons during the course of the entire series. Mohammed Shami was the first player to be ruled out after breaking his arm to a Pat Cummins bouncer in the first Test in Adelaide.

Then Virat Kohli went back after the Adelaide Test defeat on parental leave, while India lost Ravindra Jadeja, Hanuma Vihari, R Ashwin and Jasprit Bumrah in due course of the series to injuries, leaving extra players in the squad like Mohammed Siraj, Washington Sundar and T Natarajan to make their debuts and show match-winning performances, helping India win the Melbourne and Brisbane Tests and the series.

The Youngsters Are Ready To Take Over. The More They Play, The Better They Will Get: Mohammed Shami

Only Kartik Tyagi, who was on the tour as a net bowler, but played in practice matches, didn’t get to play in any of the Test matches, while other players shined brightly. Siraj picked a fifer, Shardul and Sundar made half-centuries and picked wickets, Shubman Gill scored two half-centuries, including a match-winning 91 in Brisbane Test.

“The youngsters will be ready to take over from us when our time (to retire comes). The more they play, the better they will get. I think the transition will be very smooth whenever we are done with the game,” Mohammed Shami told PTI.

“The team won’t suffer even if one big name retires. The bench is ready. Experience is always required and the youngsters will have that in due time. The trend of carrying net bowlers in the bubble environment has helped them massively and given them valuable exposure. Beating Australia in Australia once is a very big achievement, we were able to do it twice, that too with no senior bowlers around. It has shown we can rely on the youngsters,” Mohammed Shami added.

Shami lauded Ishant Sharma, who recently played his 100th Test and picked his 300 Test wicket as well, against England in the recent series win at home. He also praised Ishant for helping him out when he made his Test debut in 2013.