Then and Now! Tiger Shroff shares picture from his very first photoshoot 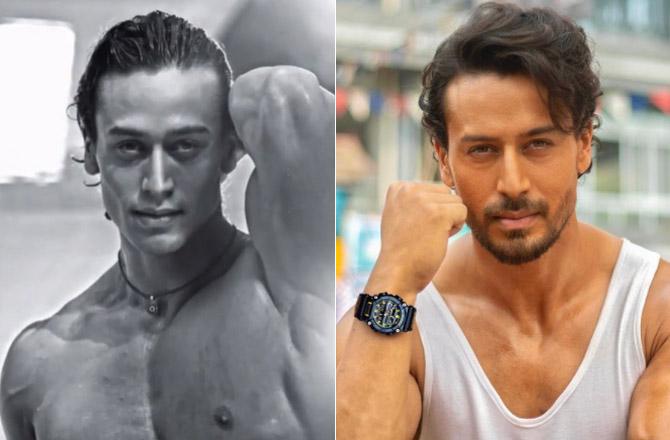 Tiger Shroff seemed to be in a mood for a throwback! The actor shared a picture from his very first photoshoot on Instagram and the drastic transformation is visible. Tiger shared the monochrome motion picture on Instagram, with the caption: “Fresh outta school…one of my first shoots…not much changed…other than the facial hair #eyesontheprize.”

The post garnered over 2 lakh likes within 2 hours itself, with fans pouring love, hearts, and applauds for their favourite actor.

Tiger Shroff often shares videos of his martial arts practice and gym workouts, besides selfies, on social media. A few days ago, he had posted a video on Instagram where he is seen practising his favourite move. He manages to get it right only once out of four times. “You know your rusty af when you nail your fav move only 1/4 times #needabiggertarget,” Tiger captioned the video, in which he sported a grey and white ensemble.

On the work front, he will next be seen in Ganapath, in a tough and rugged avatar. The action film set in a post-pandemic dystopian era. Shooting for the project will begin in 2021. The film produced by Jackky Bhagnani is planned as the first film of a franchise.

Meanwhile, Tiger will soon start working on the action drama Baaghi 4, as well as the sequel to his debut film, Heropanti.