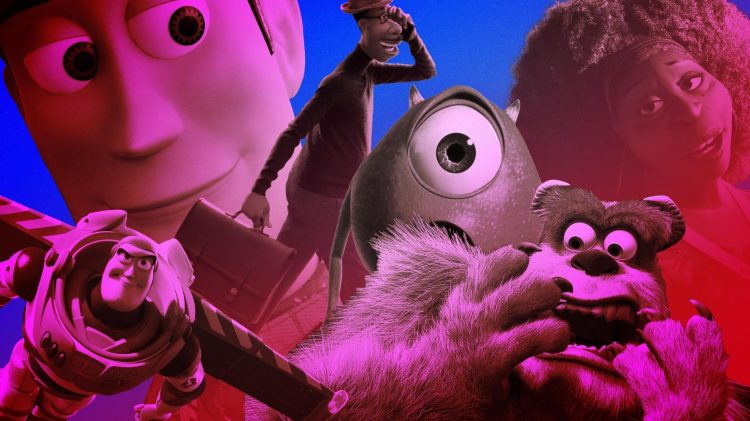 Even years after they’ve been released, Pixar movies continue to create a buzz — as in, if Buzz Lightyear doesn’t know he’s a toy, why does he go absolutely still when people are around? Also, who actually created the cars in “Cars”? And what the heck were Boo’s parents doing when she was missing all day in “Monsters, Inc.”?

These are some of the unanswered questions that keep Pixar fans up at night. And more are undoubtedly on the way thanks to the studio’s new flick, “Soul,” a trippy look into the afterlife.

Well, we’re happy to tell you that we finally know the answers. Unfortunately, it’s that there are no answers.

Talking to the team behind “Soul,” we asked director Pete Docter (who also directed “Monsters, Inc.” and is Pixar’s chief creative officer) one of those famously unanswered questions: What were Boo’s parents thinking when she was missing?

“This is one of these questions that we asked ourselves,” Docter told HuffPost. “And we went through a lot of different machinations of writing scenes. We didn’t actually board any, but we felt like, OK, the audience doesn’t need to know this because Sulley doesn’t know. And we’re with Sulley. So who cares?”

“Whatever her parents think, we’re just going to ignore that,” Docter said. “And it turned out pretty OK.”

The director said other mysteries, such as why Buzz goes rigid around people, were also discussed when making the movies. He had no elaborate explanations for them either.

“We went through a lot of discussion on ‘Toy Story,’ the first one, about like, ‘If Buzz doesn’t know he’s a toy, why does he go rigid when a kid walks in the room?’ We had a lot of explanations and talk about that, too. And in the end, nobody cared,” Docter said.

Though fans may keep wondering and creating complex theories to address these questions, ultimately they don’t affect the movies.

“I think the short answer is you just have to kind of try to guess where the audience is going to find importance, or at least push their interest there,” Docter said.

Expect more unsolved mysteries to come out of “Soul,” which is now streaming on Disney+.

The story follows a wannabe jazz musician, Joe Gardner (Jamie Foxx), who meets his unexpected end right after getting his big break. But our guy doesn’t want to give up his life that easily.

Gardner escapes the Great Beyond and winds up as the mentor to a yet unborn soul named 22 (Tina Fey). It’s a heartwarming look at the afterlife, asking the audience what truly matters. And in doing so, all logic goes right out the window.

“Our editor [for ‘Soul,‘] Kevin Nolting, on his big whiteboard in his office has ‘logic’ in a big X,” producer Dana Murray told us. In other words, Murray joked, “Stop going there.”

Twenty years from now, Docter just hopes that viewers will be focusing on the questions from the movie that really matter.

“I’d like to hope that the things that we’re talking about in the film ― you know, what is going on in our lives? What’s important? ― all of that will still be questions that we’re asking,” he said.

“Soul” is now streaming on Disney+.