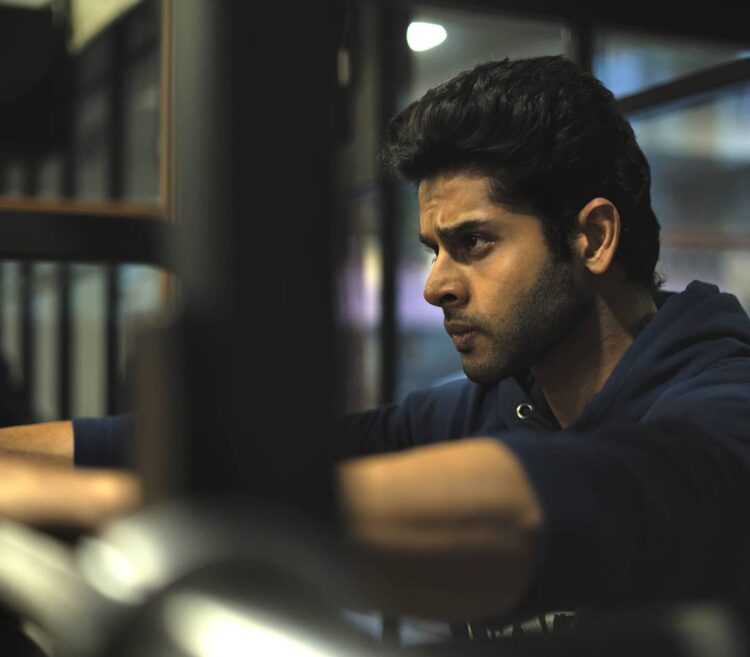 The internationally acclaimed actor, Abhimanyu Dassani is the pure example of ‘action speaks louder than words’. With dedication as tough as a rock we often catch glimpses of the actor striving towards his goal, undistracted.

Known to have a perfectly fit body, Abhimanyu dares not take it for granted. Often keeping it low-key on social media, we still make out the actor being utterly serious about his workout session and practices. Giving an insight into one of his workout session, Abhimanyu posted a picture of himself. Taking to his Instagram, he uploaded his picture caught between action in his gym. Looking completely engrossed in his workout, Abhimanyu captioned the same witfully, writing, “Meet me at the bar!”

Appreciated widely for his performance in his seemingly off beat debut film ‘Mard Ko Dard Nahi Hota’, Abhimanyu was declared as the rising star. Receiving accolades from audiences and critics alike, Abhimanyu established himself as the ‘Ideal Massy Hero’.

Leaving everyone wanting for more, the audiences eagerly await for his upcoming projects. Recently wrapped the shoots for his upcoming romanric action comedy, ‘Nikkama’, Abhimanyu will also be seen alongside Sanya Malhotra in Dharma Productions’s digital release ‘Meenakshi Sudareshwar’. Busy with another soon to release project ‘ Aankh Micholi’, Abhimanyu is on a roll. It will be great to see him entertain the audience once again with his plethora of talents and excellent moves.