Home General These are the treasured diners and hidden haunts that Covid-19 closed for good.

These are the treasured diners and hidden haunts that Covid-19 closed for good. 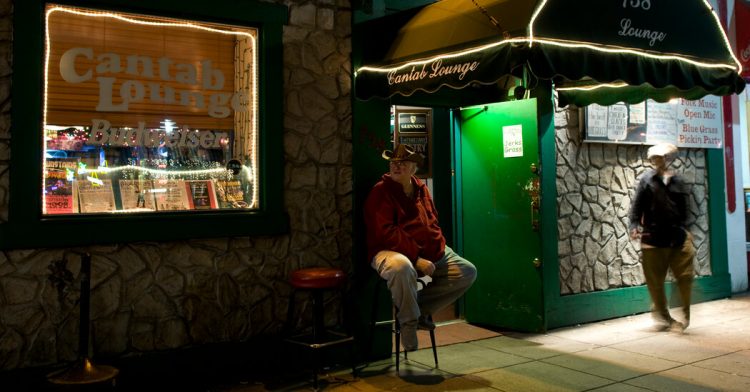 The Cantab: A dive bar that drew poets, too.

Before Cambridge, Mass., became a tech boomtown, the Cantab sat on a stretch of Massachusetts Avenue that was genuinely grungy. The bar took only cash. It was always sticky, and you wouldn’t want to use the bathroom.

But if you wandered in there on the right night, you could find a poetry slam or bluegrass night or Little Joe Cook and the Thrillers. Ben Affleck’s father used to work there, serving Budweisers to off-duty postal workers.

In July, when the Cantab’s owner, Richard Fitzgerald, announced that he was putting it up for sale after 50 years, a howl of distress went up from that old, scruffy bohemian Cambridge. Mr. Fitzgerald, known as Fitzy, hopes to find a new buyer to reopen the place in the summer — let’s hope in its old, sticky style. — Ellen Barry

The Cake Cafe and Bakery: Long mornings over crab omelets and cupcakes.

On Saturday and Sunday, mornings the line ran out the door. People waited for French toast, biscuits and gravy, and crab omelets the size of phone books; you could add a cupcake for a dollar.

The staff knew most of the customers on sight, except during carnival season when the tourists flocked. By that time, those in the know had already ordered a king cake, in competition with the best in the city. It closed in June. — Campbell Robertson

The Original Hot Dog Shop: It was never really about the hot dogs

The warnings about the fries were as legendary as the fries themselves.

The large is huge!

Order it with friends.

Seriously, you can’t eat it by yourself.

The Original Hot Dog Shop had “hot dog” right there in the name, but it was the fries — perfectly cut, fried twice in peanut oil to extra crispness, served in a huge pile in a paper basket, with side cups of beef gravy or cheese product — that people talked about.

The University of Pittsburgh’s student newspaper reported that when the O, as the hot dog shop was known, closed in April, the owners served up one more giant order of fries, donating 35,000 pounds of potatoes to charity. — Scott Dodd

The Ma’am Sir restaurant: A Filipino spot with a boisterous vibe.

When Charles Olalia decided to open a Filipino restaurant in Los Angeles’s hip Silver Lake district, he wished to “showcase my country’s food and vibe: beautiful, boisterous, loving” to a wide audience, he said.

Ma’am Sir opened in 2018 to rave reviews for its creative renditions of signature Filipino dishes, like sizzling pork sisig and oxtail kare-kare.

“Ma’am Sir was different,” said Cheryl Balolong, 41, who grew up visiting traditional Filipino cafeteria-style joints in strip malls. “It was a place where we felt proud to bring friends who weren’t from our culture.”

Then the pandemic struck. By August, Mr. Olalia had shut the place down. “Day after day, putting food in a box and seeing an empty dining room, I was getting farther and farther away from what the restaurant really was and why I built it,” he said. — Miriam Jordan