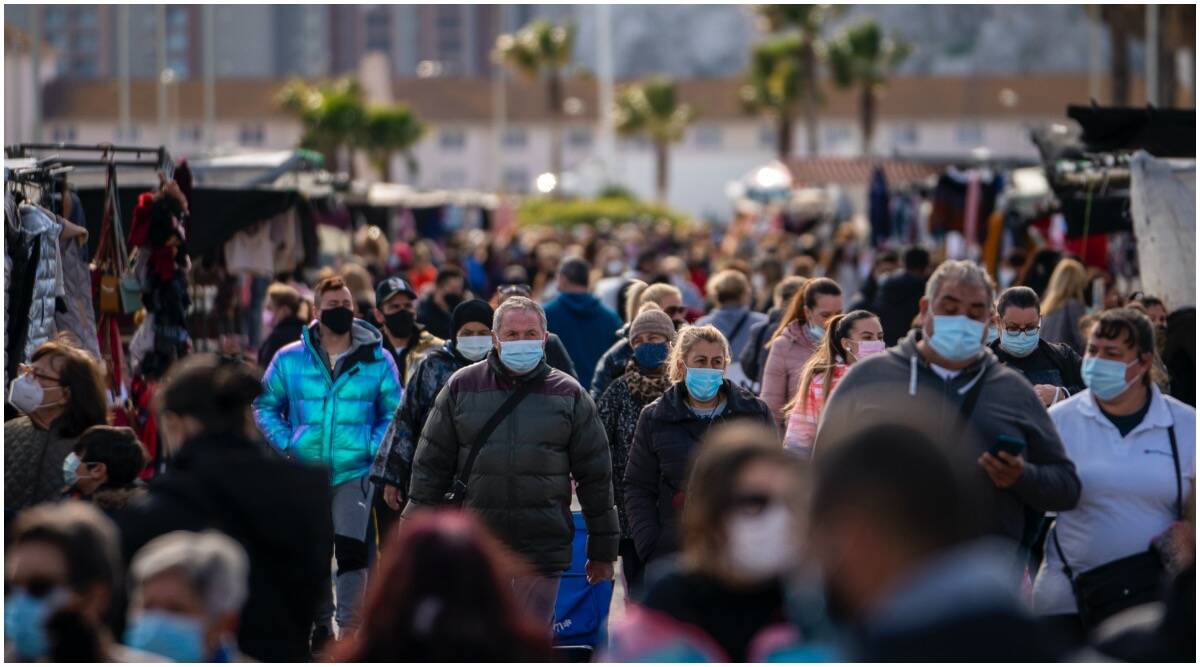 After Covid-19 restrictions were partially relaxed during the holiday season in Europe, several countries across the continent have kicked off the new year by tightening health and safety measures once again as cases continue to surge and a new, more-contagious UK strain of the  coronavirus stokes fear worldwide.

While the UK imposed one of its toughest lockdowns yet earlier this week, countries like Germany, Austria and Italy, too, have decided to extend lockdowns and restrictions till the end of the month.

Meanwhile, mass vaccination drives are currently underway across the continent, but have been stymied by a whole host of problems. In Italy and Greece, healthcare professionals have complained of a shortage of needles; whereas in Spain, there are not enough nurses and trained professionals to administer the vaccine, the New York Times reported.

A man takes a photograph on Westminster Bridge as the sun sets in London, Wednesday, Jan. 6, 2021. (AP Photo/Kirsty Wigglesworth)

British Prime Minister Boris Johnson on January 4 imposed a new stay-at-home lockdown until at least mid-February to combat the sudden surge in coronavirus cases in England, which has been exacerbated by a highly transmissible new coronavirus variant.

“It’s clear that we need to do more together to bring this new variant under control while our vaccines are rolled out,” he said at a press conference. “In England, we must therefore go into a national lockdown which is tough enough to contain this variant. That means the government is once again instructing you to stay at home.”

With this, Johnson reimposed several of the restrictions that were first introduced in the country last spring. He advised people to leave their homes only to shop for essentials, for daily exercise, and for medical reasons. Schools and colleges across England closed their doors once again and A-levels, AS levels and GCSE examinations were cancelled.

On January 5, German Chancellor Angela Merkel announced she had agreed to extend the country’s ongoing lockdown by three weeks until January 31, tightening curbs on social contacts and further limiting people’s movement in the worst-affected regions of the country.

“We must reach a point where we can once again follow the chains of infection,” Merkel said during a videoconference with 16 state governors, AP reported. “Otherwise, we will just go keep going back into a lockdown after a short relaxation.”

City police officers patrol at the foot of the Spanish Steps, in Rome, Thursday, Dec. 24, 2020. (Cecilia Fabiano/LaPresse via AP)

The Italian government has decided to extend coronavirus restrictions imposed during the Christmas holiday as the nation battles a surge in coronavirus cases. Italy’s Council of Ministers also approved a decree-law that bans all travel within the country unless it is for health or work reasons, CNN reported.

People residing in “red zones” — areas reporting a particularly high number of Covid-19 cases — will only be permitted to move once a day to another single private home within their own municipality. The government has also imposed a restriction on the size of groups — only two adults are allowed to meet at a time.

Dine-in services at bars and restaurants have been stalled, and high schools will remain closed until January 11. Earlier, students were slated to return to classrooms on January 6.

Faced with a crippling second wave of coronavirus cases, Greece decided to impose a brief but tough lockdown between January 3 and January 11. During this period, a night curfew will start at 9 pm, which is an hour earlier than before.

According to government spokesman Stelios Petsas, the measures were aimed at helping schools reopen on January 11. Hair salons, book stores and several other shops — that had been allowed to reopen in the days leading up to Christmas — will now have to close once again.

Poland in the midst of three-week nationwide lockdown post-Christmas

Soon after the Christmas holidays, Poland entered a strict three-week nationwide lockdown, shutting down nearly all stores, hotels and ski resorts across the country. The decision was taken to limit mass gatherings during the two-week school holidays that start on January 4.

Public gatherings have been limited to five people, the Guardian reported.

While Spain has avoided another nationwide lockdown, the Spanish government has imposed strict curbs in regions like Catalonia, which are badly affected by the pandemic. From January 7, people are not allowed to leave their own municipalities, gyms and shopping centres have been ordered to close and essential shops will remain open only during the weekend, the Guardian reported.

Bars and restaurants are permitted to open for breakfast and lunch but may only offer their customers takeaway during dinner time.