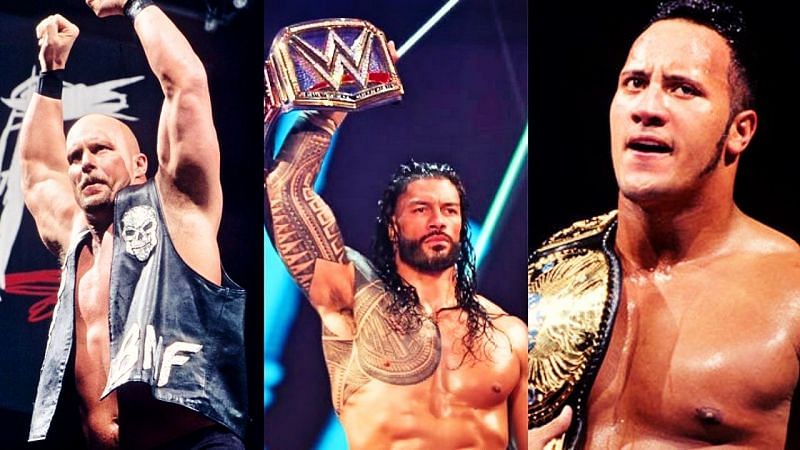 Vince Russo has compared the current WWE storyline of Roman Reigns to that of Stone Cold Steve Austin and The Rock, saying “They weren’t settling for mediocrity.”

In the latest edition of SK Wrestling’s Off the SKript with Dr. Chris Featherstone, Russo pointed out what he felt to be a number of flaws in the handling of Roman Reigns since his return at SummerSlam 2020, and how much of the current storytelling simply would not have been accepted during the Attitude Era.

Here is what Russo had to say:

“I go way back with him because he’s got Star written all over him, regardless of what they give him, but… Roman Reigns. Perfect example. Since he’s been The Head of the Table, what have they done for him? That’s what I’m talking about. He’s been The Head of the Table, it’s been the Jey Uso story, and it’s been Kevin Owens. For how long? What happens is, after a while, it becomes same old same old. You wouldn’t have gotten away with that with The Rock and Austin. That wasn’t happening. Austin, he knew our writing schedule. You know, he knew that Tuesday we get together, Wednesday we go to Vince’s. Bro, my phone’s ringing Thursday morning, “Vince, what am I doing?” I mean, that’s how it was back there and those guys, they weren’t settling for mediocrity.”

Russo also went on to say that protecting your character from poor creative decisions was essential in protecting your overall brand as a star, using Steve Austin as an example.

“It’s your brand. Steve Austin cared about the Steve Austin brand. What did that brand get him? Television shows, millions of dollars in podcasts. That’s where the brand got him. But, today, there are no protected brands.”

You can watch the rest of the clip between Vince Russo and Dr. Chris Featherstone below:

If any quotes from this interview are used please give a H/T to SK Wrestling.

X
NWHL’s Riveters, on heels of Barfstool trolling, hit by COVID and knocked out fo…SportsRiveters goalie Nana Fujimoto and her squad are sitting out the remainder of the year.Photo: Getty ImagesThe NWHL’s bubble has burst.The league had a …
close