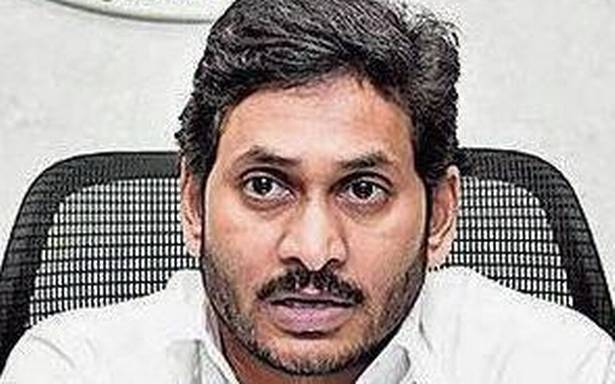 Chief Minister Y.S. Jagan Mohan Reddy on Tuesday released the third tranche of ‘YSR Rythu Bharosa-PM Kisan’ of ₹1,120 crore benefiting 51.59 lakh farmers along with the compensation of ₹646 crore for crop damage during the Nivar cyclone supporting 8.34 lakh farmers. A total of ₹1,766 crore was deposited in the farmers’ bank accounts with a single click.

Speaking on the occasion, Mr. Jagan said the State government had spent ₹61,400 crore towards farmers’ welfare in the last 18 months. The government was committed to safeguarding the farmers’ interests and thus provided ₹13,101 crore under YSR Rythu Bharosa-PM Kisan by giving ₹13,500 every year to 51.59 lakh farmers. The beneficiaries include tenant farmers and those cultivating the forest lands, he said, adding, he believed that the State would be better if the farmer was happy and doing well.

Stating that the government’s goal was to ensure that farmers got good returns, Mr. Jagan said to achieve it Rythu Bharosa Kendras, agrilabs and marketing units were established. Cold storage units, godowns, primary and secondary processing units and Janata Bazaars were established at the village level, he said.

The Chief Minister alleged that the previous government had abandoned farmers and cheated on them by promising to waive ₹87,612 crore of farm loans, but had hardly spent ₹12,000 crore in its five-year rule. The previous TDP government had left a huge pile of debts of farmers including subsidy for crops, seeds, insurance, electricity arrears, and zero-interest loans.

With regard to input subsidy, he said the State government had paid ₹1,038.46 crore between June and November compensating the crop loss due to heavy rains and floods. Also, the government had cleared the unpaid dues of the previous government to the tune of ₹960 crore for paddy procurement, arrears of ₹383 crore was also paid under the seed subsidy, ₹17,430 crore on free electricity and aqua farmers, including ₹8,655 crore of debt, he added.