Home This chart shows 2020 had a chance to break box office records, but Covid caused lowest haul in decades

This chart shows 2020 had a chance to break box office records, but Covid caused lowest haul in decades 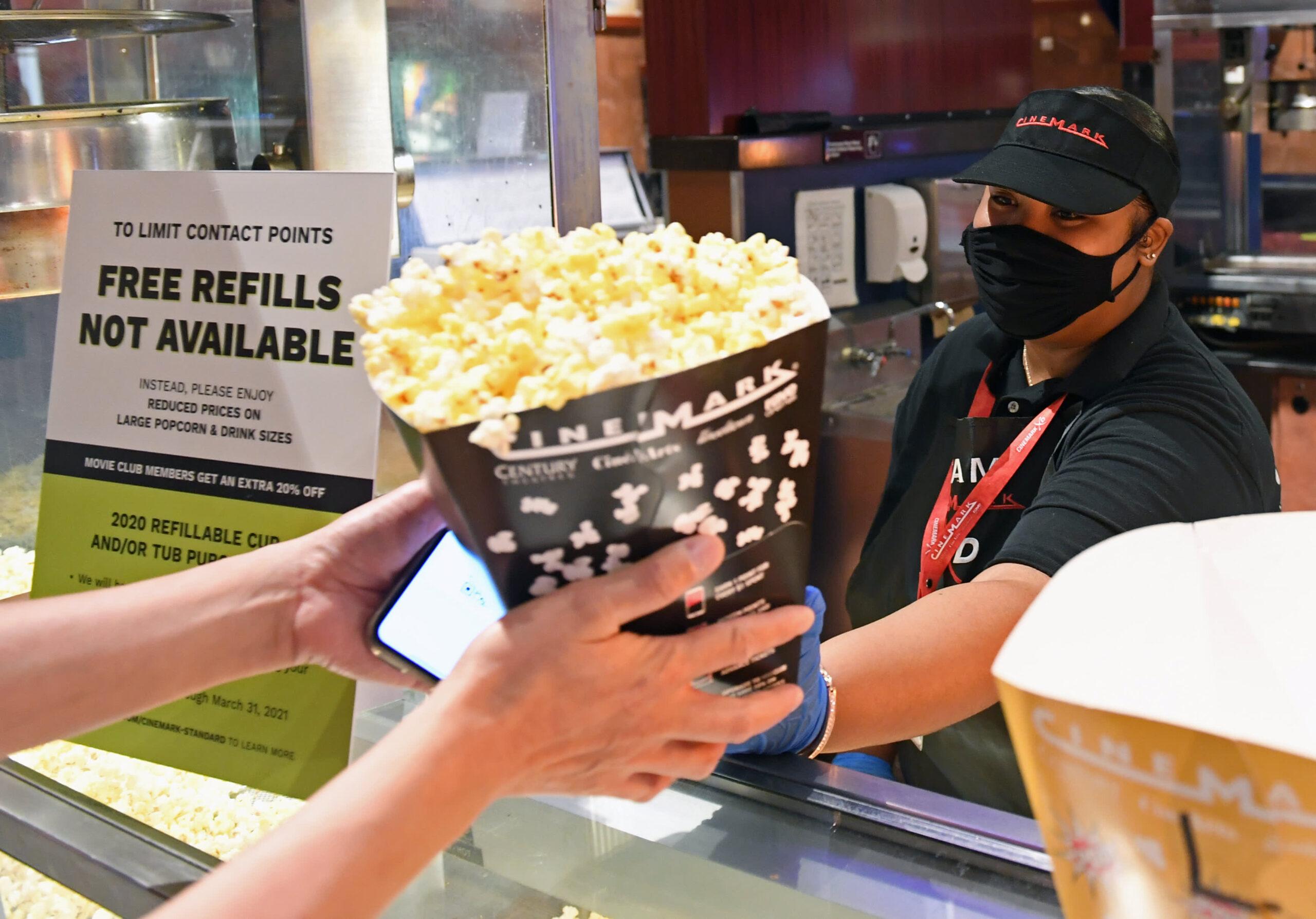 A Cinemark employee serves popcorn to a customer at a concession stand at Cinemark’s Century 16 at the South Point Hotel & Casino on August 14, 2020 in Las Vegas, Nevada.

With just a few days before the end of the year, the impact of the coronavirus pandemic on the film industry in 2020 is clear and devastating.

“To say that this was a challenging year for movie theaters is an understatement,” said Paul Dergarabedian, senior media analyst at Comscore.

The year started off strong, with the industry garnering more than $900 million in January, a 10% increase compared with the same month a year before. Much of its success was owed to films like “Jumanji: The Next Level” and “Star Wars: The Rise of Skywalker,” which were released in December 2019 and still playing in theaters during January.

February topped $651 million in ticket sales, a 4% increase over the previous February.

However, in March, the film industry entered a period of forced hibernation as the U.S. went into lockdown to stem the coronavirus pandemic.

In March 2019, the domestic box office scored $967 million in sales thanks to blockbuster titles like “Captain Marvel,” “Us” and “How to Train Your Dragon: The Hidden World.” With theaters suddenly shuttering, the March 2020 box office slumped 73% to just $258 million.

Even after cinemas were permitted to reopen, the largest chains remained shuttered until late August. As a result, the domestic box office has not topped $100 million in sales in any month since March.

“The full year North American box office numbers will naturally represent a mere fraction of the pre-pandemic marketplace, but the fact that over $2 billion in revenue was generated in 2020 is certainly impressive,” Dergarabedian said.

The nearly $2.3 billion in ticket sales seen in 2020 is an estimate and could alter slightly ahead of Jan. 1. However, analysts do not expect this figure to fluctuate much given that less than 40% of cinemas are open to the public domestically and those that are able to operate must do so at a limited capacity. Not to mention, there are no more weekends left in the year, which is the most popular time for moviegoers to visit theaters.

Assuming this figure holds, it will be the lowest tally the domestic box office has collected in nearly 40 years, according to Comscore data. Box office tracking was not done cohesively until the early 80’s, Dergarabedian said, so it is difficult to backtrack the data further.

Heading into 2021, analysts and movie theater operators are more optimistic about the box office. While there are no major film releases until March, the recent opening of “Wonder Woman 1984” in the U.S. and Canada is bolstering confidence in an industry-wide recovery.

“We are cautiously optimistic as long as needles are going into arms,” said one movie theater operator with locations in the southern part of the U.S. referring to the rollout of vaccines in the country.

The hope for these businesses is that enough people will get vaccinated by mid-2021 that cinemas will be able to reopen to full capacity and moviegoers will once again feel comfortable returning to see big blockbusters.

The slate of films is particularly robust, considering how many movies were postponed from 2020. This includes Marvel’s “Black Widow,” the ninth “Fast and Furious” film, “Jungle Cruise,” a new “Minions” movie and the James Bond film “No Time to Die.”

“‘Wonder Woman 1984’ showed the power and allure of the movie theater still exists even in the midst of a pandemic and that’s at least some good news in what has been a year the industry would like to put in the rear view,” Dergarabedian said.

Disclosure: Comcast is the parent company of NBCUniversal and CNBC. NBCUniversal is the studio behind the “Fast and Furious” films and has international distribution rights to “No Time to Die.”