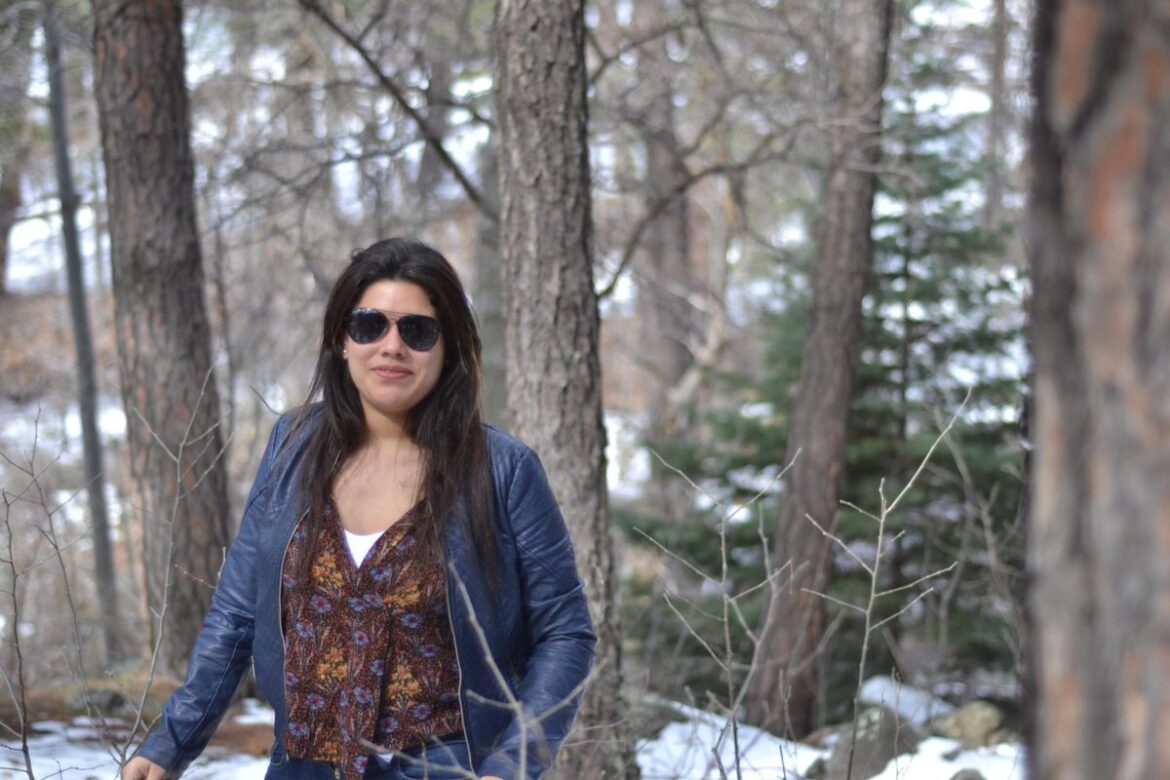 Colombian researcher Daniela Moraga López studies the evolution of the size of fish and sharks, stretching back thousands of years, which can also give clues as to how they might change in the next hundred years as the planet warms.

Moraga, a PhD student in the Paleoecology and Paleoenvironments Lab at the Pontificia Universidad Catolica de Chile (Pontifical Catholic University of Chile), says her main project focuses on understanding how the body size of fish of economic importance have changed over time.

She looks at species such as jack mackerel and croaker, fish associated with the Pacific Coast of the Atacama Desert, Chile, to see how their size has changed due to climate shifts, from the last great glacier 20,000 years ago to the present.

“After seeing what the body trends of the fish have been, we can predict how climate change will affect the sizes of these species if they continue to face an increase in temperature in the years 2050-2100,” she says.

Moraga has also studied a variant of the 5S gene in rays found in freshwater and marine environments, as well as determining the evolution of body size in sharks and rays, using phylogenetic-ecological information.

“We can determine which were the optimal sizes in certain geological times such as the sizes reached by extinct species such as the (giant shark) Megalodon,” she says.

Moraga grew up in Cali, Colombia, which is a land-locked city, a few hours drive form Colombia’s Pacific coast and very early on she had an affinity for nature and the natural sciences.

“During my childhood, I was very lucky to study at a school with a forest, so it was common to observe amphibians, reptiles, birds and mammals,” she says, adding that she also had academic inclinations during childhood towards astronomy and biology.

“This moment was the one that awakened my scientific aptitudes and why I’m oriented towards the sciences,” she says.

Moraga would go on to study her undergraduate degree in in Biology at the Universidad del Valle, in Cali Colombia and then do her masters study at the Pontificia Universidad Catolica de Chile (Pontifical Catholic University of Chile).

Moraga says being in science has given her the opportunity to travel to various parts of the world, including internships in Rio of Janeiro and in the United States.

Moraga says she’s also had the opportunity to meeting people of different nationalities and to get to know new cultures and been able to visit remote parts of her own country.

“The biggest STEM anecdote that I remember was my field trip to a small town in Choco Nariño (Ensenada, Nariño),” she says, “In this area, Colombia, you can see the flags of groups such as the (now-demobilised armed group) FARC, however, it is a beautiful area with high diversity of fish and a community of very warm and friendly people.”

Another Colombian researcher who is looking into the past for clues to how to confront future challenges is Catalina Suarez.

She studies the fossils of ancient mammals, their paleobiology and paleoecology, searching for clues to understand how climate change affects diversification and extinction rates in mammals.