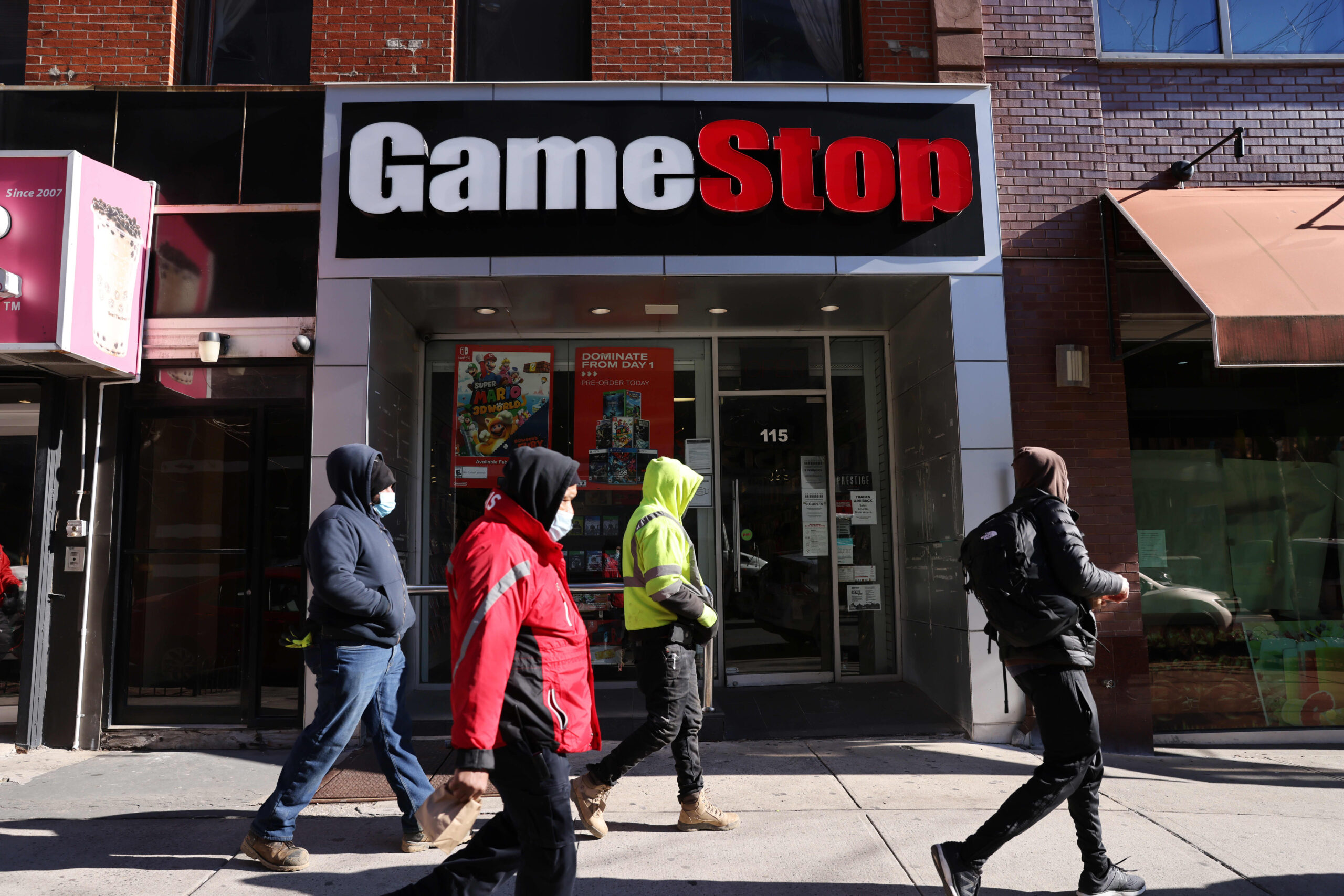 The war between hedge funds and retail investors over shares of GameStop has one logical conclusion, according to executives and traders of a major Wall Street firm.

Shares of GameStop, the videogame retailer, have climbed more than 900% since the start of the year after members of a Reddit community called WallStreetBets banded together in an effort to push the stock higher.

The campaign pushed a stock worth $19 at the start of the year to as high as $482.85 on Thursday. Gains by retail investors have come at the expense of sophisticated investors like Melvin Capital and Citron Research, who were forced to close out their short positions as the stock rose in what’s known as a short squeeze.

At some point, the thinking goes, shares of GameStop stop climbing, either because most of the shorts have given up, and they no longer are forced into buying the stock to cover losing positions, or because brokers, exchanges or U.S. market regulators intervene in some way.

At that point, human nature kicks in: Retail investors will watch as their paper profits evaporate, and the natural impulse will be to sell, according to the executives, who asked for anonymity to speak frankly. Late comers to the party will sell in fear, contributing to a stampede for the exits and a drop in the shares, they added. The same forces that helped the stock catapult higher will contribute to a rapid decline.

It’s possible we got an early sign of what the unraveling will look like. Shares of GameStop fell for the first time in six trading sessions on Thursday, tumbling 44% after Robinhood and Interactive Brokers restricted activity in GameStop and a handful of other names.

Still, there is no telling when a true unwinding will occur or how long it will take. The shares are rebounding sharply Friday, up another 80% in premarket trading to $332 a share, after Robinhood reversed course and said it would allow limited purchases of the stock.

Despite costing hedge funds billions of dollars, GameStop remains one of the most shorted stocks in the market, according to FactSet data. More than 120% of GameStop’s available shares have been borrowed, down from about 140% earlier in the month.

“Typically a short squeeze ends with a sharp sell-off, but there are buyers in waiting, often those covering shorts,” said C.C. Lagator, co-founder of brokerage Options AI. “That can provide temporary support in a stock that’s unwinding a short squeeze.”

If retail investors get burned in the GameStop trade, it’s likely the Securities and Exchange Commission will step in to prevent similar scenarios from occurring, according to another Wall Street source. Gary Gensler, President Joe Biden’s pick for SEC head, has a reputation for tough enforcement.

“The hedge funds are big boys, they know how the game is played,” said the banker, who spoke on condition of anonymity. “When the little guy gets hurt, that’s when Washington gets involved. We’ll have an SEC leader who is much more activist.”

Mini-bubbles in stocks including GameStop are just the latest sign of unusual activity in markets since the coronavirus pandemic struck, forcing central banks to unleash trillions of dollars in support for economies around the world.

Early on in the crisis, a collapse in demand resulted in negative oil prices for the first time in history. Equities and other asset classes rapidly recovered, thanks to central banks, and have since hit record after record, leading to eye-watering valuations despite high unemployment and a rising death toll. Bitcoin prices surged from around $6,000 at the start of the pandemic to as high as $41,000 this month.

Now, with millions of Redditors wielding free trading apps, full saving accounts and not much else to do, it’s possible that there is a new playbook for fast gains in the stock market.

“Is this a new platform for investors to make decisions, does it even the playing field?” said Mark Williams, a Boston University finance lecturer and former Federal Reserve examiner. “You could argue that what happened with Reddit is them putting the shorts on check, and that’s a positive.”

Robinhood’s move Thursday to limit the ability of its users to bid up GameStop and other companies targeted by Reddit investors drew bi-partisan criticism from lawmakers who claimed that the brokerage was favoring big institutional traders over small investors.

“I do sense there’s a double standard here,” said a former Goldman Sachs trader who now works for a technology firm. “Put it this way, if Goldman Sachs were doing this it would be called `arbitrage’.”