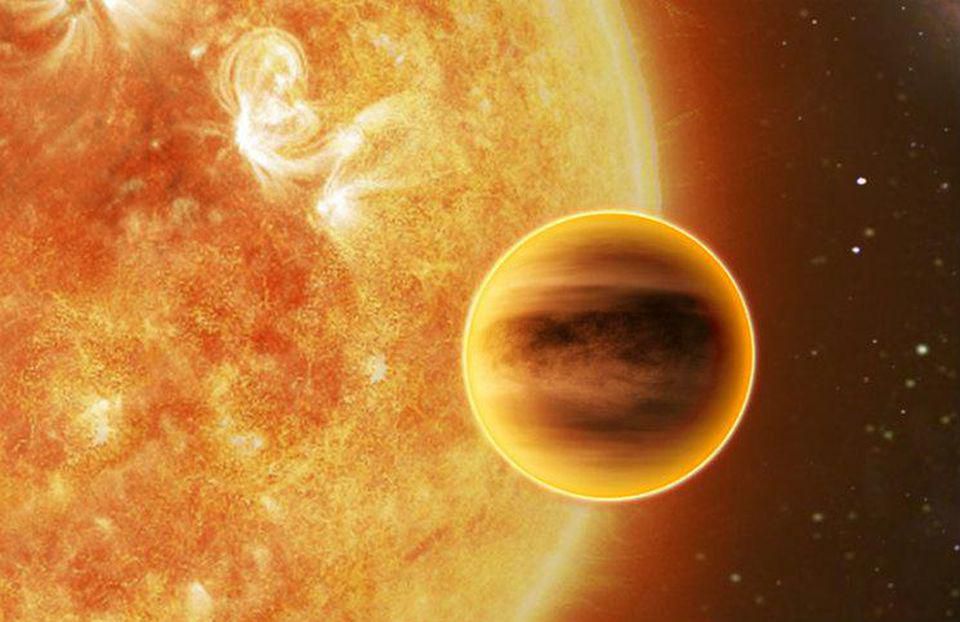 Here in our Solar System, we have two very distinct types of planets:

The terrestrial worlds include Earth, and are generally regarded as the best places to look for life around stars other than our own. The gas giants we have in our Solar System, however, are both too cold and shrouded in thick layers of hydrogen and helium, strongly disfavoring the life that we know from surviving and thriving there. Given how successful life has been on our own planet but nowhere else we’ve looked, so far, it makes sense to seek out worlds that might have similar conditions.

However, when we look at our most successful exoplanet-hunting missions — Kepler and TESS — the most abundant class of world that they found is an in-between type: commonly known as super-Earths. Despite the allure of a planet that might be Earth-like, only larger and with more room for life forms on it, super-Earths are nothing like our science fiction imaginings. Here’s why you must never try and colonize one.

To understand how planets get to be the way they are today, we have to go back to the beginning: to the protoplanetary disks that give rise to modern-day solar systems all across the galaxy. Typically, what winds up happening is that a cloud of gas will collapse under its own gravity, with pockets of that gas fragmenting into individual clumps. If a gas clump is both massive enough and also cool enough (or efficient enough at cooling), it can collapse to give rise to one or more new stars, with a large disk of material encompassing the entire proto-star system.

Over time, that disk will gain instabilities, as small imperfections will gravitationally grow. This carves empty paths in the disk, as these early masses can swallow up the matter in their orbit and gravitationally influence the other masses around them. This leads to a chaotic scenario, where a combination of mergers, gravitational migration, ejection, and additional heating from the central star(s) eventually boil away the remaining matter. After a few tens of millions of years, it’s all over, and a newly-formed solar system will emerge.

Typically, there are a few features that most solar systems have in common. They usually wind up possessing:

Before we began finding planets around other stars, we had speculated that there was some overarching reason why the planets in our Solar System were distributed as they were: with rocky worlds close to the central star, gas giants far from the central star, and an asteroid belt between them. Now that we’ve identified thousands of stars with planetary systems around them, and characterized many of those planets by mass, radius, and orbital period, we know that solar systems come in an enormous variety of configurations, and ours is only one example of what’s possible.

Planets of any mass and radius can be located close to their parent stars. We’ve discovered planets smaller than Mercury with very tight orbital periods, completing a revolution around their central star in under a day. We’ve also discovered planets many times the mass of Jupiter that orbit their central stars in just a few days or even less: the “hot Jupiters” of the galaxy. And, of course, the most common type of world we found — mind you, because those are the worlds that our planet-finding techniques are most sensitive to — are the so-called “super-Earths,” which range from about two to ten Earth masses.

It’s kind of unfortunate that we were so quick to give them such an ambitious name like “super-Earth,” because there’s an assumption encoded in that name that they’re somewhat Earth-like. But we have to be very, very careful with that assumption. While it may be a tantalizing possibility to consider that there are plenty of planets out there that are a bit larger than Earth that offer similar conditions to our world, that’s something we have to examine in detail: both observationally and theoretically.

In theory, the way planet formation works is that it starts off as a gradual process, and then will undergo runaway growth once certain conditions are met. Planets should begin forming from these gravitational imperfections in a protoplanetary disk, growing slowly by attracting the matter around them. Initially, this will be a combination of very dense, metallic material, along with the mantle-like rocky material that makes up most of the material found today in the Kuiper belt. Over time, the denser (metallic) material will sink to the center, forming a core, while the less-dense (rocky) material will float atop it.

Once a certain mass threshold is reached, however, the third ingredient — the volatile gases and ices scattered throughout the newly-forming solar system — will start to matter for these worlds as well. As long as the mass remains below a certain threshold, the radiation from the nearby star(s) will hit these easily-boiled gases and hit them with enough energy that they’ll escape from the planet in question. But rise above that threshold, and even the ultraviolet radiation and solar wind particles emitted from the star(s) within the Solar System won’t be able to kick those light atoms and molecules away.

The big question, of course, is how massive you have to be before you can start hanging onto an envelope of gases that are easy to boil away, and it mostly depends on four factors:

The more massive and more compact your planet is, the harder it is to achieve escape velocity. The hotter your nearest star is, the greater the amount of energy that incoming photons and solar wind particles have for kicking those volatiles away. And the closer to the star a planet is, the greater the flux of radiation and solar wind it receives, making it more difficult to hang onto those volatile atmospheric particles.

We know, from our own Solar System, that if you’re too low in mass and too close to the Sun, you’ll lose the entirety of your atmosphere; this happened to Mercury. We know that if you’re low in mass and don’t have some sort of protection, like Mars, you’ll lose your atmosphere as well, but it will take some time. Based on the geology of Mars, it had a watery past for at least a billion years before it lost the overwhelming majority of its atmosphere.

On the other hand, you can imagine that if you brought any planet close enough to the Sun — like Neptune, Saturn, or even Jupiter — that unrelenting source of heat and particles could be efficient enough to strip even these giant planets of their gas.

What we expect then, theoretically, is that most planets will remain rocky so long as their mass remains below a certain value. Raise their mass beyond a particular threshold, and they’ll be able to start holding onto volatiles: very light gases like hydrogen and helium. Gather enough total mass together in one place, and that planet will start growing much more rapidly than the others around it, like a cosmic vacuum cleaner clearing out the material from anywhere in proximity to its orbit. With so much mass in one place, the very atoms inside that planet will start to compress; this gravitational self-compression should create a new population of gas giant planets. And if that mass gets too large, rising above another critical threshold, it will ignite nuclear fusion in its core, transitioning from a planet to a full-fledged star.

Sure, there will be outliers: planets of very high or low-density, planets very very close to their parent star, planets that has thick atmospheres that later boiled away, and planets that have migrated to new positions in their orbit. But when we measure the masses and radii of the planets out there, we expect that there should only be a few major classes.

This categorization was first accomplished only a few years ago by the research duo of Chen and Kipping, who published their groundbreaking work in 2016. In one of the most influential studies in the history of exoplanet science, they showed that there are, in fact, four populations of “planet” out there:

The important realization that we had in the aftermath of this work, which was the decisive observational study that brought real data to the theoretical conjectures that dominated the field, is that we observe a real transition between terrestrial-like worlds (like Earth) and gaseous worlds (like Neptune) at much lower masses than most people expected: just about double the mass of Earth.

For a comparable density to our planet (a little over ~6 g/cm3), that means a planet can only have about a ~30% larger radius than ours does and still be rocky. Beyond that, it will have a substantial envelope of volatile gases around it, with thousands to millions of times the atmospheric pressure of Earth at its rocky surface. There’s a little variation expected here, as denser planets can achieve higher masses (and less-dense planets might achieve larger radii) and still be rocky, but the only outliers expected are planets so close to their parent star that their volatiles have boiled away.

In an exciting first, an ultra-short-period planet was found with NASA’s TESS, and not only is it very old — coming in at 10 billion years of age, or more than double the age of our Solar System — but the innermost planet is precisely consistent with one of these “boiled-away volatile planets” we’ve been expecting. With 3.2 times the mass of Earth and 1.45 times our planet’s radius, it completes a revolution around its star in just 10.5 hours. The other worlds are definitively in the Neptune-like category, but this terrestrial, significantly larger-than-Earth world should only exist very close to its parent star.

Although it’s fascinating to know that rocky planets — and hence, possibly life — existed so long ago, it would be absolutely foolhardy to go looking for life on the worlds that we call “super-Earths.” Once you get to be about twice as massive as Earth, or just about 25-30% larger in radius than our planet, you’re no longer rocky with only a thin atmosphere, but are overwhelmingly likely to be Neptune-like, with a full fledged large envelope of hydrogen, helium, and other light gases.

Unless you’re close enough to a star to boil your entire atmosphere away, leaving only an exposed planetary core, these worlds that we’ve called “super-Earths” for years are more like mini-Neptunes, or as astronomer Jessie Christiansen poetically calls them, “Neptinis.” If you want to colonize another planet, look for one with a surface you can land on. That means, unless you’ve got your sights set on a boiled-off planetary core, to steer clear of the super-Earths. Even if you make it down to the surface, you won’t last long under those crushing atmospheric conditions!