This Scientist Is Harnessing The Rich Genetic Diversity Of African Cattle 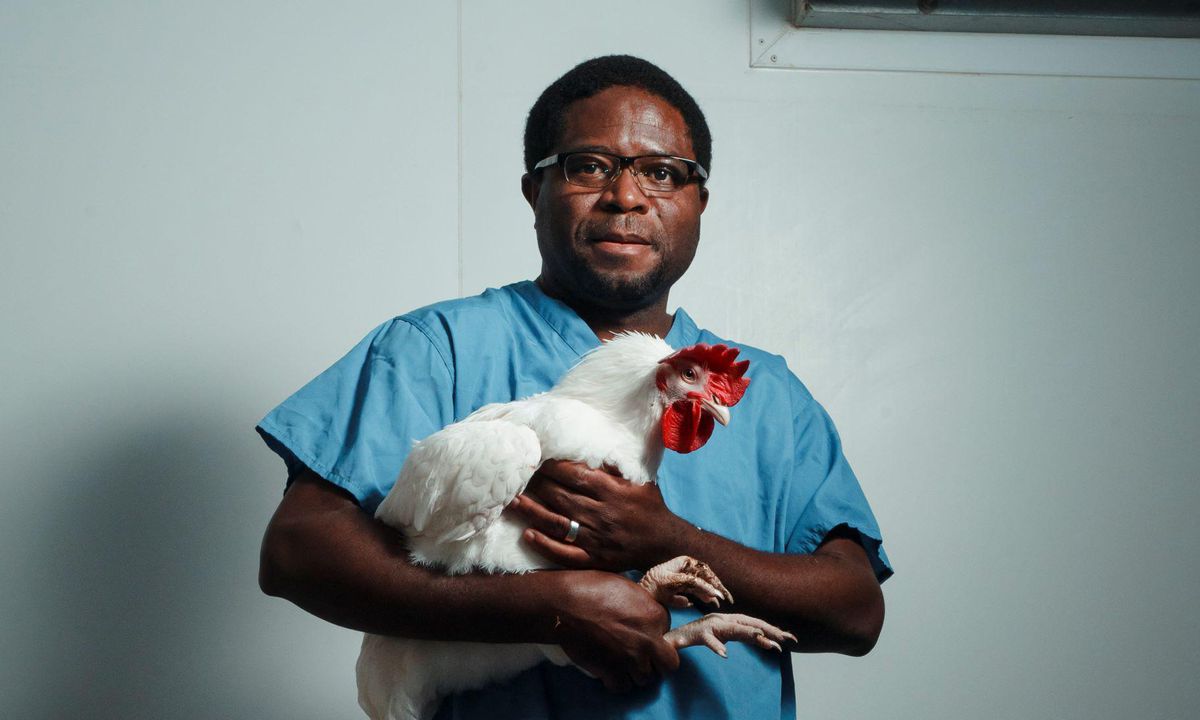 Cameroonian geneticist Appolinaire Djikeng grew up in a family that depended on livestock for their livelihood, now he is using Africa’s livestock genetic diversity to help the 1.3 billion people who depend on livestock for food and income.

Djikeng, the Director of the Centre for Tropical Livestock Genetics and Health (CTLGH), a research alliance with branches in Scotland, Kenya and Ethiopia, says livestock play a critical role in income generation, job creation, gender equity, food production and many other means to improve people’s lives.

Djikeng says the focus of CTLGH’s efforts is to improve the livestock production systems of smallholder farmers living in low- and middle-income countries, who generally farm less than two hectares and are among the poorest and most marginalized communities.

Djikeng says through the genetics work, smallholder farmers will be able to own animals that are better adapted, more resilient, healthier and able to reach their production potential.

“These animals are less also likely to incur extra inputs, due to poor health or inefficient feed conversion, for the farmers who own them and help mitigate climate change,” he said, “Enhancing nutrition through the access to milk, meat and eggs is vital to improve human health and even more critical for infants in their first 1,000 days of life.”

Djikeng says his long-standing research interests are centered on genomics, the study of genes and their functions, and specifically on livestock genomics.

“For the last 10 years I have been particularly interested in how genomics can be used to assess and exploit genetic diversity in order to address key agricultural productivity and sustainability challenges, with a focus on farmed animals and crops,” he said.

“Our work is not about developing new breeds, ” he said, adding that the goal to ensure that existing breeds are more resilient, productive and environmentally sustainable and are able to perform optimally in tropical production systems.”

Djikeng believes a reasonable business model for tropical livestock development would be one where a systems approach is considered.

“Under such a model, an important consideration of livestock development must be given on its impact on the environment, deforestation, etcetera,” he said, “This is an area where government regulation and incentives should be explored.”

Djikeng says his current work is heavily influenced by growing up in a household economically dependent on small-scale agriculture.

“I was born and grew up in small village in western (French-speaking) Cameroon,” he said, adding that his parents farmed on a small piece of land and owned chickens and pigs as assets for income generation.

“You can imagine how very vulnerable my family’s situation was, relying on three or four pigs and about 10 chickens to support a range of needs including education and healthcare for myself and my siblings,” he said, “Growing up, I wanted to find a job that would give me a stable income so that I did not end up a subsistence farmer like my parents before me.”

With the support of his family, he was able to complete his schooling and go to university.

“I wanted to choose a profession that would allow me to support my family and my own parents in the future, so studying medicine was my first option but I realized that advanced biological sciences would be a better path for me,” he said, “It was when studying for my PhD that I realized the important link between agricultural development and human health which has led me to work in this area for close to 20 years now.”

Another scientist from Cameroon who is making a big impact is Aristide Takoukam.

When Takoukam was in university, he’d never heard of the African Manatee (Trichechus senegalensis) and he didn’t know how to swim, but he would go on to become the first person from Cameroon to earn a PhD studying this endangered mammal.

Takoukam would go on to complete his doctorate and become a National Geographic Explorer and founder of the African Marine Mammal Conservation Organization (AMMCO).