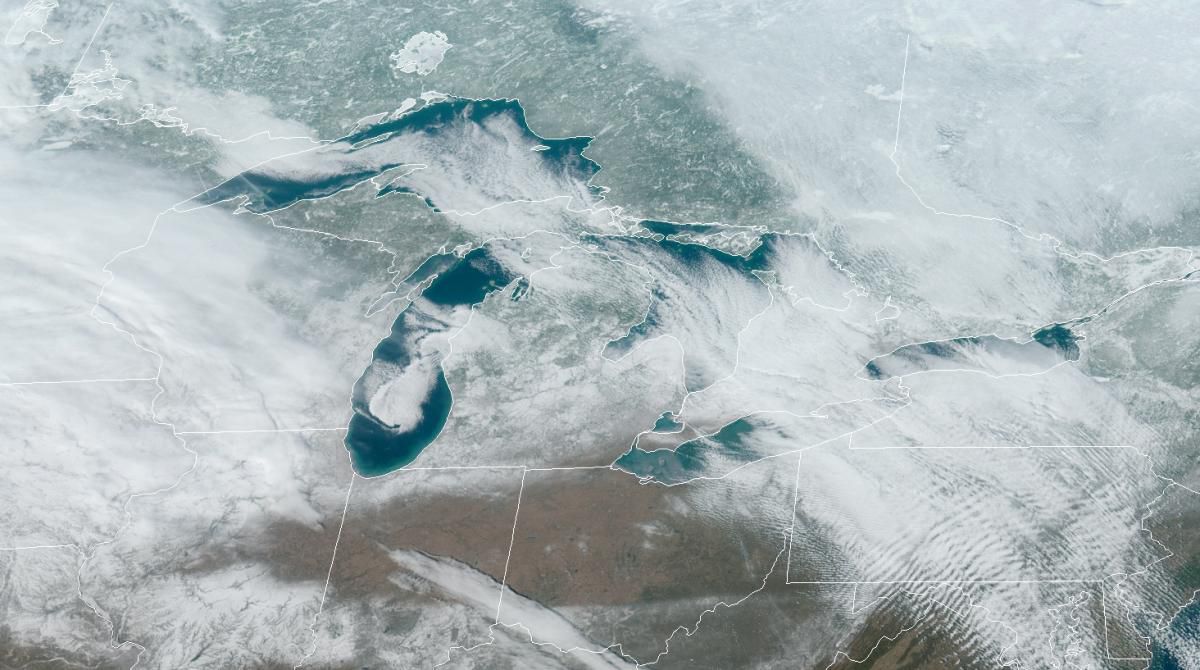 The final week of January will close out with just ten percent of the Great Lakes covered by ice. It’s an understatement to say that it’s unusual to go this deep into winter with hardly any significant ice coverage on these five lakes. It’s been chilly this winter, but the region hasn’t seen the sustained cold needed to develop a crust of ice. Frigid temperatures continuing into this weekend should help the lakes begin to freeze over, even if it’s not by much.

Between 1973 and 2020, the average ice cover over Lakes Erie, Huron, Michigan, Ontario, and Superior typically reached about 28 percent on January 28. Historically, ice coverage across the Great Lakes reaches 30 percent by the end of January before reaching a peak of about 42 percent in the last half of February.

This year, NOAA’s analysis of lake ice revealed just 10.2 percent ice coverage on January 28, with the highest concentration of ice located in Wisconsin’s Green Bay, Michigan’s Saginaw Bay, and the western shores of Lake Erie. This is up from about 7 percent coverage earlier this week, before the latest round of cold air descended on the region.

NOAA projected this week that maximum ice coverage on the Great Lakes might only reach 30 percent this season. As long as the lakes remain largely ice-free, thick clouds and bands of lake effect snow are possible across lakeshore communities when cold air moves over the warmer lakes below.

This year’s lake ice is following a similar pattern to what we saw this time last year. This has been a relatively mild winter across much of the eastern United States, lacking the persistent cold needed to cool the surface temperatures on the lakes enough to allow surface water to freeze. Water temperatures on Lake Erie, the shallowest lake that’s usually the first to freeze over, were still in the mid- to upper-30s through early this week.

Ice coverage should markedly increase in shallow waters near shorelines by next week. The Upper Midwest and Northeast are in the midst of one of the coldest spells they’ve seen this winter. The National Weather Service predicts low temperatures in the teens and single digits across the Great Lakes region on Saturday morning, which will further cool water temperatures and encourage ice formation.