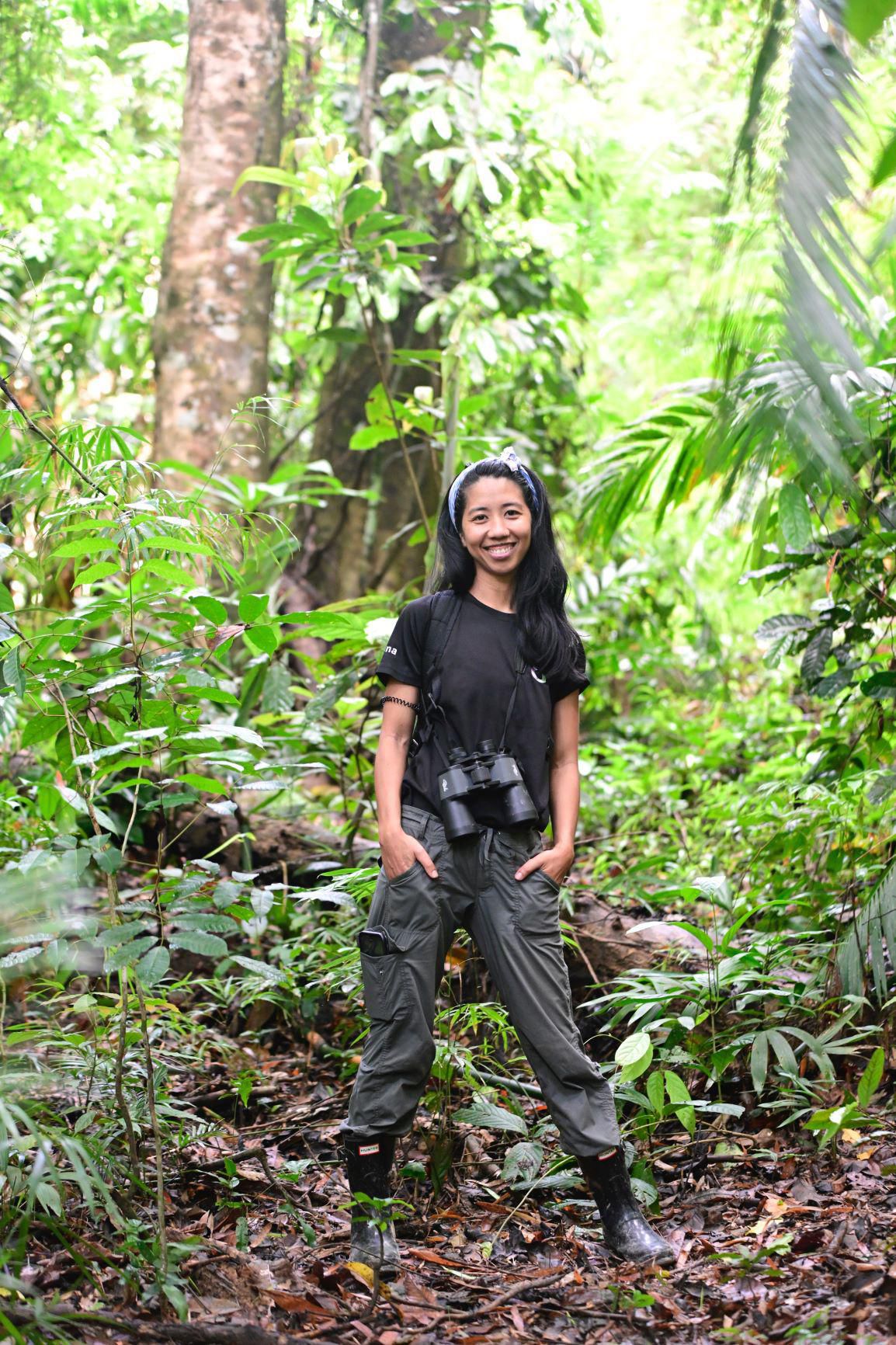 Conservationist KM Reyes helped get a forested area one-third the size of Los Angeles legally designated as a critical habitat in the Philippines, now she’s training citizen scientists, including indigenous people, to collect conservation data in the country’s Palawan province.

Reyes, a National Geographic Explorer and a co-Founder of the Centre for Sustainability PH, a women-led, youth, environmental NGO says the country was once 95 percent covered in rain forest, now only 3 percent remains.

A large proportion of what remains is in Palawan, which is also the ancestral domain of the last 200 members of the disappearing indigenous Batak tribe, and countless unique and endemic fauna and flora, including the highly-poached Pangolin.

But, Reyes, said, the forests there, particularly the 41,350 hectares of the Cleopatra’s Needle Critical Habitat (CNCH), which was protected by law in 2017, are little studied with vast tracts of rain forest lacking even a baseline biodiversity or social survey.

“Due to our remote location in far-western Philippines, there is a dearth of researchers/scientists here, so by equipping our communities through our training program, we lessen our dependence on outside scientists to understand the biological importance of our forests, and empower more citizenry to effectively defend and protect our island’s fresh water supplies,” she said.

Reyes said her organisation now provides a 315-hour parabiology and communications course called the The Knowledge is Power (to the Forest) program, to up-skill the indigenous and community forest rangers who live in and around CNCH.

“First, they are trained as parabiologists to conduct independent biodiversity monitoring and assessment surveys in riverine habitats while on patrol,” she said, “These are skills that have traditionally been reserved for scientists and researchers, covering both data collection (eg. completing data sheets, identifying diagnostic characters of taxa, describing habitat parameters, field journaling) and standardised survey methods (eg. line transect/visual encounter surveys, and proper specimen collection & preservation).

The participants are also trained as science communicators to gain the skills and confidence to defend and share their findings to educate their communities, and influence political decision-makers.

From Australia to the World

“I was born and raised in Australia to Filipino parents,” Reyes said, “In large part due to the alienation, racism, and sexism I experienced growing up and into adulthood as an Australian woman of color, I opted to spend more time abroad where I worked in empowerment projects with impoverished urban communities in Europe, Latin America, and North Africa,” she said.

Reyes said that after so many years abroad, she was finally ready to see the Philippines for the first time and decided to settle there in 2014.

“We started the Cleopatra’s Needle project with my local colleagues and eventually founded CS together,” she said.

Building Capacity in the Global South

“The COVID-19 pandemic has highlighted more urgently than ever before the importance of community-led research and conservation,” Reyes said, “In and around our wild places across the planet, major research gaps have occurred for scientists who are remote from their research sites with no locals trained to do the data collection and research in their absence.”

Reyes says that the course is a simple idea that is scalable and replicable. That means any indigenous and local community from north to south, east to west, can participate in to contribute and influence science and conservation in their area.

“For instance, our indigenous and community forest rangers/parabiologists from Cleopatra’s Needle in central Palawan are already actively working with CS and the indigenous Tagbanua tribe on biodiversity data collection toward the establishment of our proposed Kensad Critical Habitat in southern Palawan, in collaboration with the indigenous Tagbanua tribe who have inhabited the area since time immemorial,” she said.

Another young conservationist from the Philippines is Anna Oposa, co-founder of conservation NGO Save Philipines Seas. She also goes by another title: Chief Mermaid.

MORE FROM FORBESWho Is The Chief Mermaid? How Is She Saving Philippines Sharks?By Andrew Wight

And although the title might raise a smile, it has also helped to raise funds for serious marine conservation work. Her organisation, Save Philippine Seas aims to conserve and restore coastal and marine resources via environmental education and community-based projects.