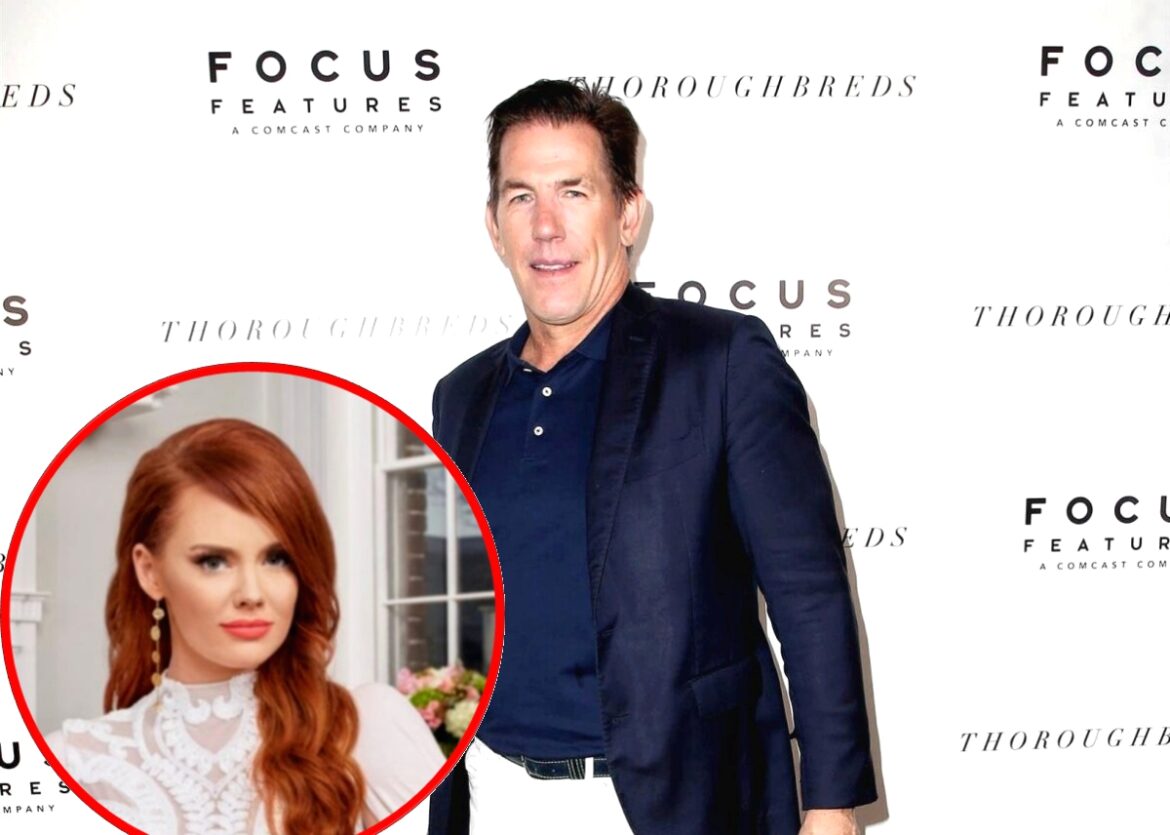 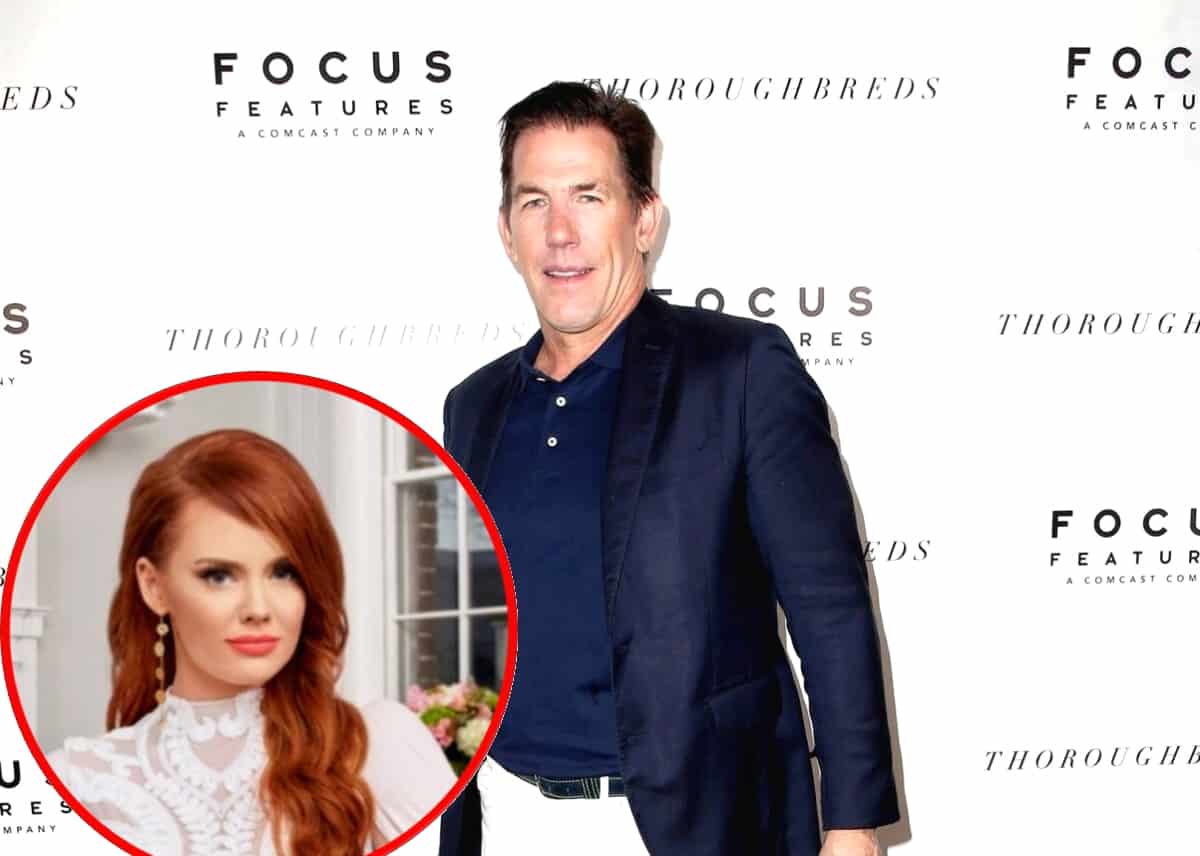 Thomas Ravenel took to Twitter days ago, where he claimed that no matter what happens to him, Kathryn Dennis will never regain custody of their two kids.

Weeks after the Southern Charm alum and ex-politician was awarded full custody of seven-year-old Kensington and four-year-old Saint, he appeared to hint that false allegations would be made against him while also suggesting that Kathryn may have been behind the past accusations he’s faced.

“I have been told in no uncertain terms that if something were to happen to me or if false allegations were brought against me forcing me into a desperate situation that I’d not lose the kids to Kathryn but rather they’d go to DSS and into Foster Care,” Thomas revealed in a March 27 tweet, as reported by a series of screenshots shared by Bravo Snark Side on Instagram.

Then, when a Twitter user asked Thomas if he was implying Kathryn was a negligent parent, Thomas said someone in-the-know informed him of what would happen to the children if he was no longer able to care for them.

“Infer what you will. The people who do this for a living have informed me of this,” he explained. 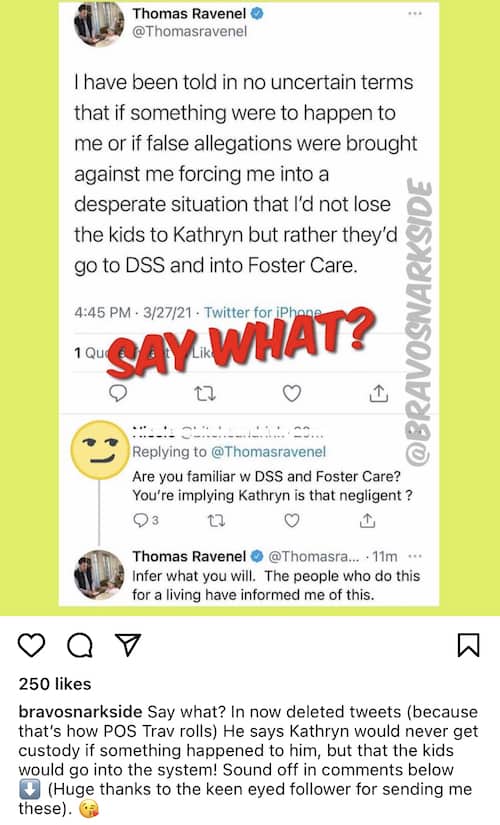 While Thomas agreed with another person who said that “dirty laundry should stay behind closed doors,” he pointed out that he’s been left with no choice but to defend himself against what viewers around the world have seen on Bravo.

“Every false allegation is broadcast internationally yet you’re suggesting I not defend myself against this huge network onslaught?” Thomas wondered.

“Who are you?? You want to nail their mother for everything possible and yet you make such a ridiculous statement,” someone had written.

“Just repeating the facts ma’am. Sorry they disrupt the narrative you want to believe from online Tabloid journalism,” Thomas replied. 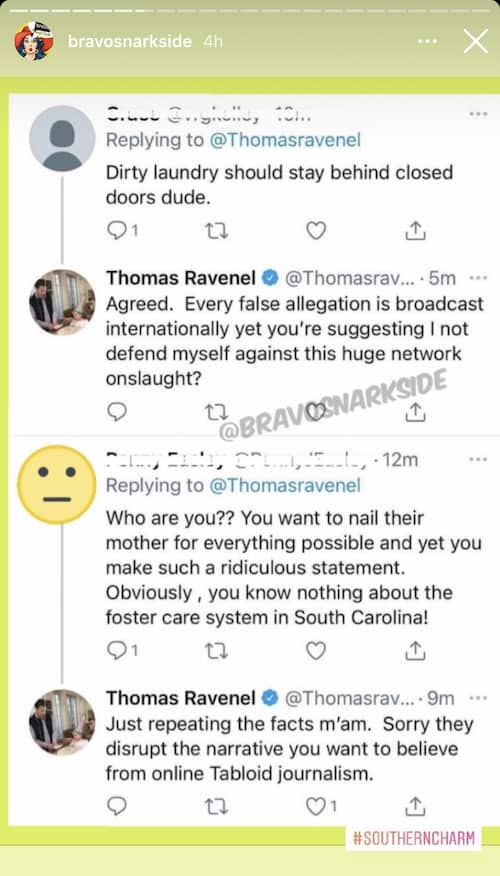 In another now-deleted tweet, Thomas responded to a person who asked him what false allegations he was referring to in his earlier tweet.

“The best way to predict the future is to examine the past,” he explained. “Before I met Kathryn (50 years), I’d never been accused of assaulting anyone. Within [five]years of knowing her there have been [four] such allegations. HMM.” 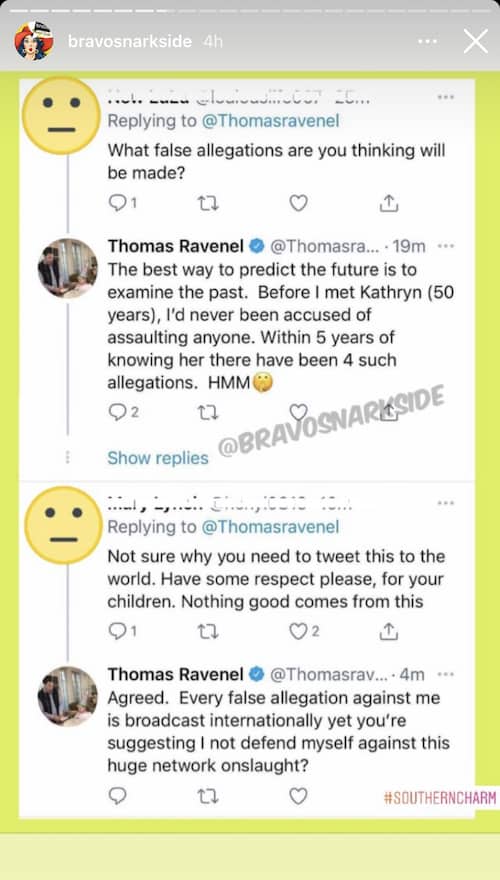 Southern Charm has not yet received an official renewal by Bravo for season eight.