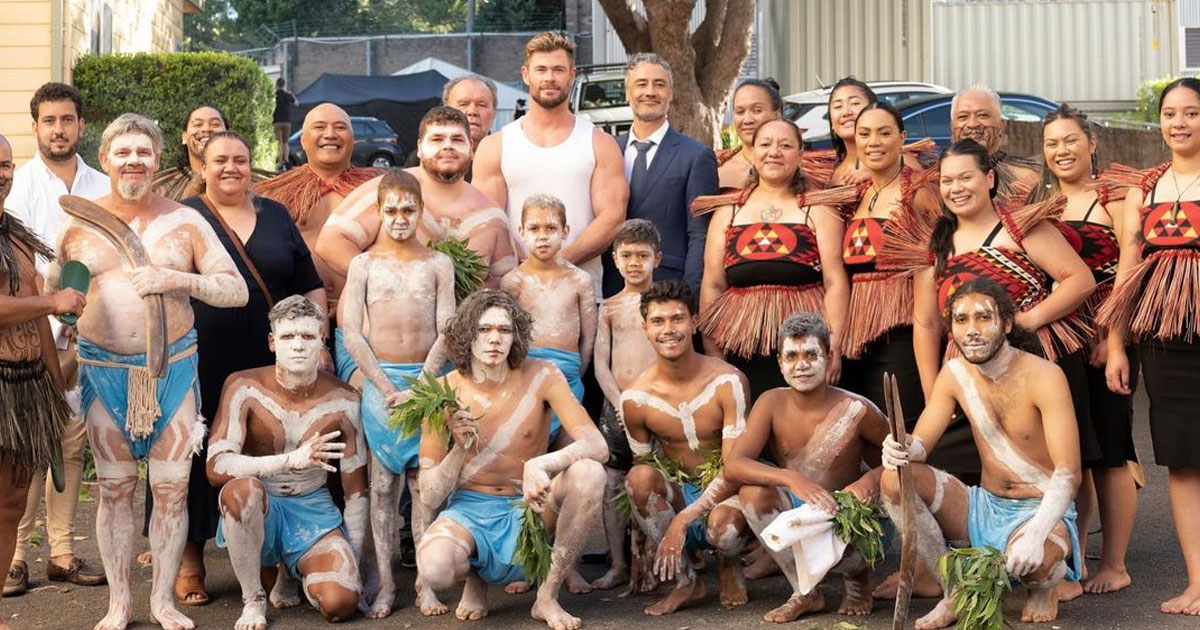 Hollywood star Chris Hemsworth has started shooting for the superhero adventure, Thor: Love And Thunder in his home turf Australia, and he was greeted with a traditional ‘Welcome to Country ceremony. Hemsworth, who is most popular for his superhero avatar of Thor, took to Instagram on Tuesday to share pictures of the ceremony.

“A beautiful start to our shoot today with a Welcome to Country ceremony from the Gamay dancers of the Gadigal and Bidiagal Nation and performance and karakia by Maori dancers from Te Aranganui,” Chris Hemsworth shared.

The Melbourne-born actor continued: “Indigenous Australians may be just as proud of this country, but many see January 26th as a date signifying the beginning of dispossession, disease epidemics, frontier violence, destruction of culture, exploitation, abuse, separation of families and subjection to policies of extreme social control. Let’s begin the healing and stand together in unity and support with our First Nations people with solidarity and compassion,” Chris Hemsworth added.

“Let’s find a date where all Australians can celebrate this beautiful country together. #changethedate @taikawaititi #thorloveandthunder,” he concluded.

In the pictures, he is seen with the film’s director Taika Waititi. Thor: Love And Thunder is the fourth film in the Thor franchise. Waititi also directed Thor: Ragnarok, which made $854 million at the box office. The filmmaker will also voice the Kronan warrior Korg in the latest installment that stars Chris Hemsworth in lead.

Actor Chris Pratt is set to reprise his Guardians Of The Galaxy character, Star-Lord, in the upcoming films that also stars Natalie Portman, Tessa Thompson and Christian Bale. Plot details of the new Thor film have been kept under wraps.