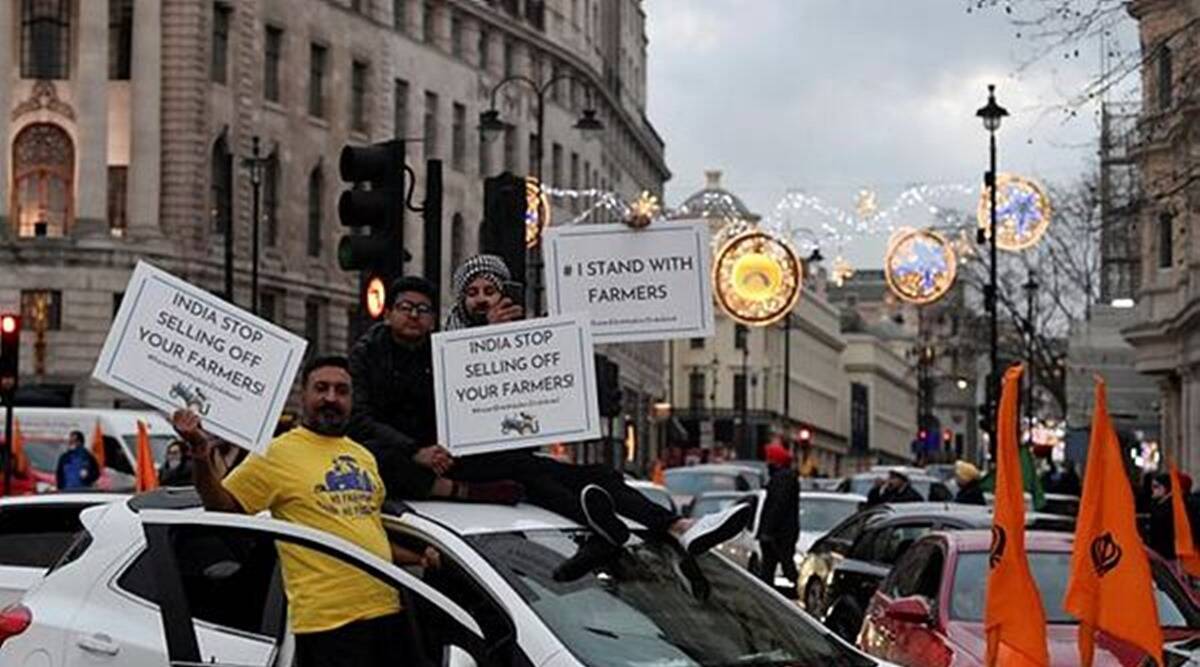 Thousands of people protested in central London on Sunday over Indian agricultural reforms that have triggered mass demonstrations in India. A crowd of demonstrators converged on the Indian embassy, located on Aldwych, a major artery in the centre of the British capital, and groups marched around the Trafalgar Square area, Reuters photographer at the scene said.

Tens of thousands of farmers have protested in India against three laws the government says are meant to overhaul antiquated procurement procedures and give growers more options to sell their produce. Farmers fear the legislation, passed in September, will eventually dismantle India’s regulated markets and stop the government from buying wheat and rice at guaranteed prices, leaving them at the mercy of private buyers.

Britain is home to a large Indian diaspora and many Britonswho trace their family roots to India are strongly engaged withnews from the country.

There was little social distancing in evidence at the Londonprotests and few participants were wearing face masks.The Metropolitan Police warned that people taking part in agathering that did not respect COVID-19 restrictions riskedbeing fined, and called on people to leave the area.