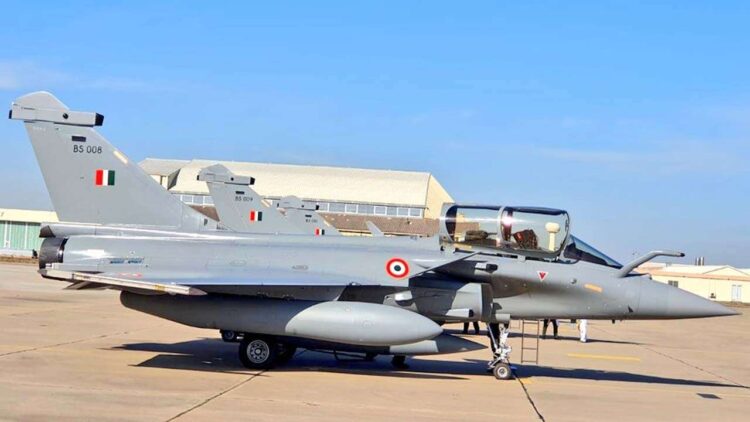 The fourth batch of the three IAF Rafales landed at the Jamnagar base after a direct ferry from Istres Air Base in France on Wednesday. The three jets have completed a 10-hour, 7000-km journey safely, with a little help from the UAE Air Force.

Earlier, the Indian Air Force tweeted, “Rafales were refueled in-flight by UAE Air Force tankers. This marks yet another milestone in the strong relationship between the two Air Forces. Thank You UAE AF.”

The jets will be part of the 17 Golden Arrow Squadron based out of Ambala, which is currently home to 11 Rafales. Dassault has handed over 21 jets to India, but only 14 have made their way home so far. Seven are being used to train Indian Air Force pilots in France.

The fourth, batch of nine jets will arrive in April. Four of them will go to Ambala to complete the squadron, and the remaining five will be based out of Hashimara in West Bengal, where the second Rafale squadron is based. One squadron comprises 18 planes.

India bought 36 Rafales, or two squadrons, from France in September 2016 for Rs 59,000 crore. The formal induction ceremony of the fleet had taken place at Ambala on September 10, 2020.

RELATED:  BKU Threatens to Block Ghazipur Border if Farmers from UP, U'Khand Continue to be Barred from Joining Protest