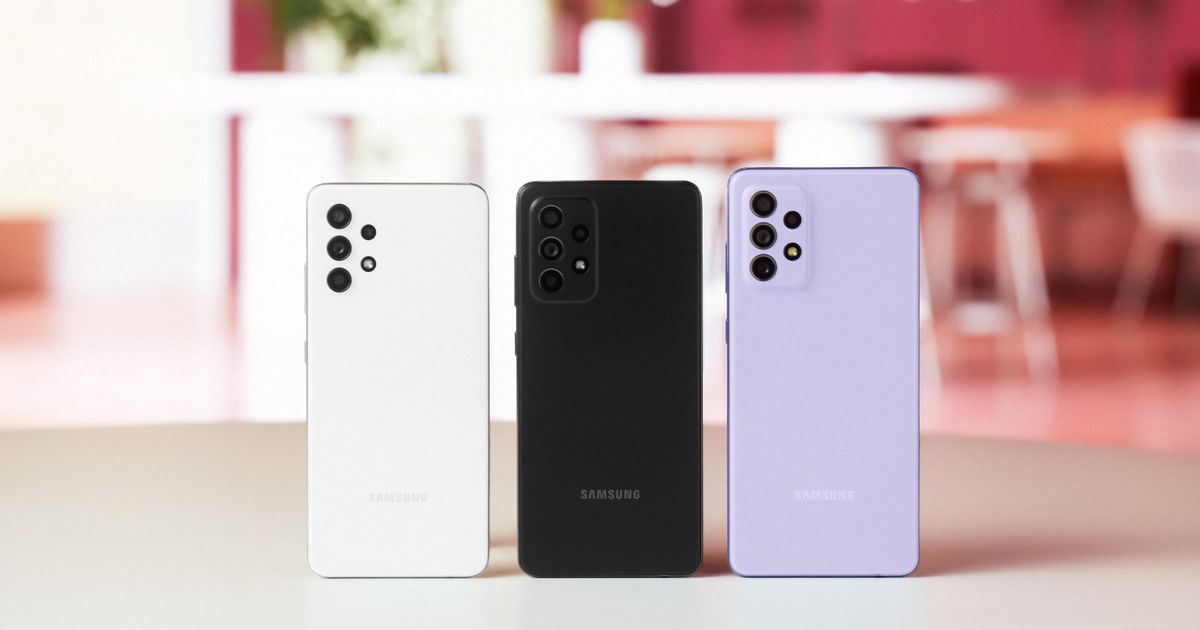 Samsung on Wednesday held an Unpacked event for its new Galaxy A series of affordable phones. The event follows January’s Unpacked event where the Galaxy S21 and S21 Ultra were launched. Due to the pandemic, Samsung streamed the event, which consisted of a prerecorded video.

Last year was the first time Samsung introduced the full Galaxy A series in the US, with four 4G LTE phones that started at just $110 for the Galaxy A10 and topped out at $400 and two 5G models, the $500 Galaxy A51 5G and the $600 Galaxy A71 5G. Even with prices converted, the new phones seem to be more affordable than their 2020 counterparts, and should be even lower given European prices include tax.

The 6.5-inch Galaxy A52 is the most affordable phone of the trio. It packs a 4,500-mAh battery, 25-watt fast charging and an IP67 rating for water and dust resistance. It works on 4G LTE — there’s no support for 5G. It has a 32-megapixel selfie camera and four rear-facing cameras: 64-megapixel wide-angle, 12-megapixel ultrawide, 5-megapixel macro and a 5-megapixel depth camera with 10x digital zoom. The display has a FHD Plus resolution, a 90Hz refresh rate and a tiny hole punched out that houses the selfie camera. Like the A52 5G and A72, it comes in violet, blue, black and white.

There is a second version of the Galaxy A52 with 5G aptly named the Galaxy A52 5G. It has all the same features as the regular A52 except it comes with a higher price, 5G support and a higher refresh rate screen — 120Hz instead of 90Hz on the A52 and A72. It will work on any carrier that offers sub-6GHz 5G, which is slower than millimeter-wave 5G, but more reliable.

The 6.7-inch Galaxy A72 is the biggest of the three phones announced and packs a few upgraded specs from the A52 and A52 5G. It has a larger 5,000-mAh battery and an 8-megapixel telephoto camera with 3x optical zoom, but the same 90Hz high refresh-rate as the A52. The A72 only works on 4G LTE, and costs the most out of the three phones.

More news from the Galaxy A Unpacked event