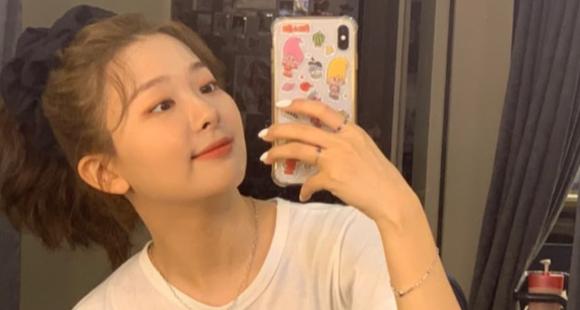 We’re looking back at when Red Velvet alum got candid about her personality, working with the band and much more. Scroll down to see what she said.

THROWBACK: When Red Velvet alum Seulgi opened up about working with Irene; Reveals what gives her strength

We are looking back at August 2020 when Red Velvet alum Seulgi spoke to Allure Korea and opened up about her real personality, promoting the band’s first subunit, and more! When asked to share how she felt when she got back on stage for the first time in a while to perform “Monster,” Seulgi said, “It was really my first time being at a music show in a while. I was so nervous. I was really worried too that I might not be able to find the right camera. We’d practised for a long time, but I still talked about that kind of thing with Irene a lot, about how I was really nervous and worried over whether I’d be able to do well.”

She shared that Irene had told her, “You can do well! When we do our comeback later, you’ll be doing everything!” Seulgi said, “Looking at it later on, I really did do it, just like she said. And I was also really restless because our comeback had been pushed back a lot.” She laughed, “We’d filmed variety shows before to fit with the planned timing, so it seemed like people would say, ‘Why are those two suddenly on this show?”” When asked who it was that said that Seulgi revealed that it was their members. “They supported us by saying that it was possible because it was the two of us, which gave me strength,” she said.

The interviewer mentioned that Seulgi had previously said that she thinks of hands as being important when dancing. “I learned that it’s possible to express things in detail even with your fingers,” said Seulgi. “We weren’t just doing choreography, we also had to use our heads, so I felt a bit out of it, but at some point we were really doing it. We got more confident, and it was something that no one else had tried and we became sure that fans would like it when the two of us did it, so we were able to have more fun doing it.”

ALSO READ: THROWBACK: When Red Velvet alum Yeri opened up about starting her YouTube channel; Said its all for the fans

RELATED:  'OutDaughtered' Star Danielle Busby Reveals She and Adam Are 'Open' to Adoption