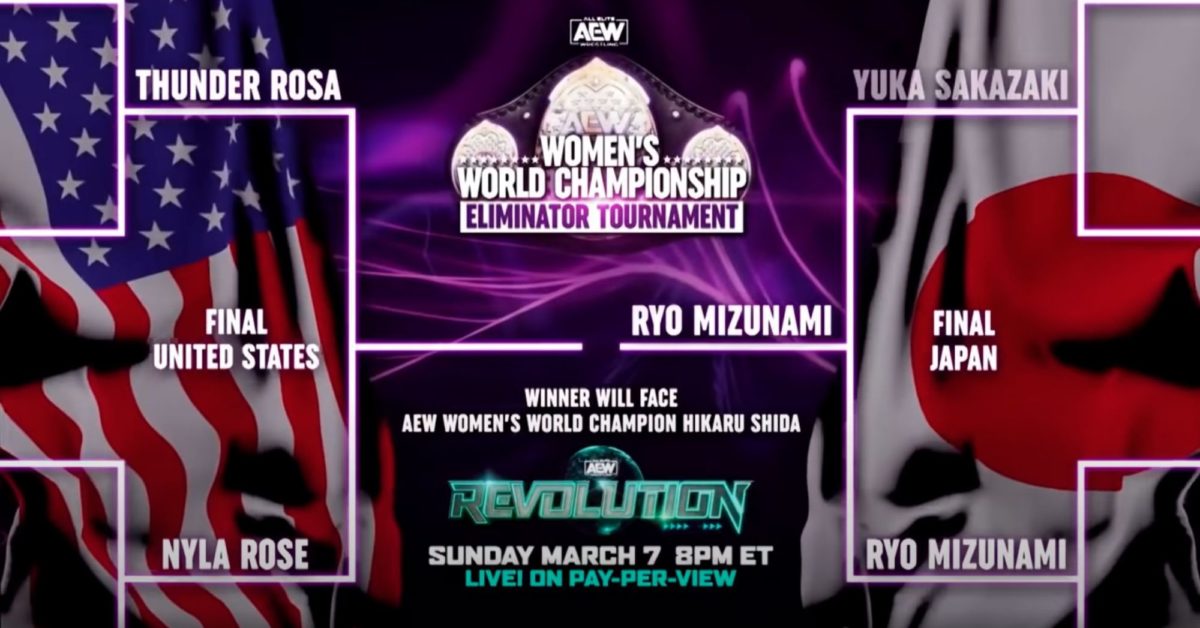 The latest matches happened on Sunday in a special AEW live stream on B/R live, but things didn’t exactly go according to plan.

“I’m sorry people had [email protected]’s international stream,” said AEW President Tony Khan on Twitter, putting AEW’s partners on blast. “I was promised multiple times by our partner that the Eliminator matches would stream in real time for free for all international fans. Since that’s not the case, I’ve just put the matches up for free on YouTube.”

“Here’s a YouTube link for the Women’s World Title Eliminator matches also streaming tonight domestically on @BleacherReport,” he continued. “International fans I’m sorry for the confusion. We had several meetings re: this Sunday Special, BR had promised to stream overseas.”

Despite difficulties, the matches did take place. Ryo Mizunami defeated Yuka Sakazaki to clinch the Japanese side of the brackets. Thunder Rosa defeated Riho to earn a spot in the American finals against Nyla Rose. And in a six-woman tag team match, Hikaru Shida teamed with Mei Suruga and Rin Kadokura to take on Emi Sakura, Veni, and Maki Itoh. And now there’s just two more matches to go before Shida has a challenger for the Revolution PPV event taking place this Sunday.

RELATED:  BC Mailbag: Dave Bautista and the Manatee-Mutilating MAGATs Edition