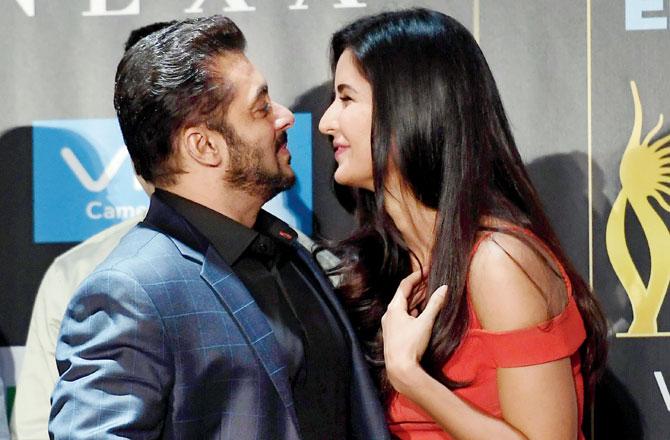 Salman Khan and Katrina Kaif are slated to start shooting for the third outing of the Tiger franchise in March. The first schedule of the action thriller will unfold in Mumbai followed by an overseas destination. Considering the first two instalments were shot at exotic places, plans are afoot to do the same, but it all depends on how the current scenario plays out.

While Salman Khan is currently busy with Antim… The Final Truth and Bigg Boss 14, Katrina Kaif is shooting her next – Phone Bhoot with Siddhant Chaturvedi and Ishaan Khatter. It is said that the Tiger couple will fly to the Middle East for their next schedule, after wrapping up portions in Mumbai.

Salman is also going to reprise his role of RAW [Research and Analysis Wing] agent Avinash Singh Rathore aka Tiger in Shah Rukh Khan’s Pathan, where the latter too essays the role of an undercover RAW agent.

“It is Aditya Chopra’s [producer] vision to build an espionage thriller franchise with some of India’s biggest stars as RAW agents. While Salman and Hrithik Roshan have already begun their acts with the Tiger films and War [2019] respectively, director Siddharth Anand’s latest venture Pathan introduces SRK in the universe. Adi sir wants to begin the crossover with Pathan, and has designed a thrilling set-piece that will see. Tiger joins SRK to defeat the villains. Salman will head to Dubai for 10 to 13 days in January 2021 to shoot for his portion. It will be a 15-minute appearance in the movie,” revealed a trade source to mid-day.

The source added that now on, almost every espionage thriller from the Yash Raj Films’ (YRF) stable will have a crossover. “Imagine Shah Rukh or Hrithik making a special appearance in Tiger 3, or Shah Rukh in War 2 — the possibilities are endless.”