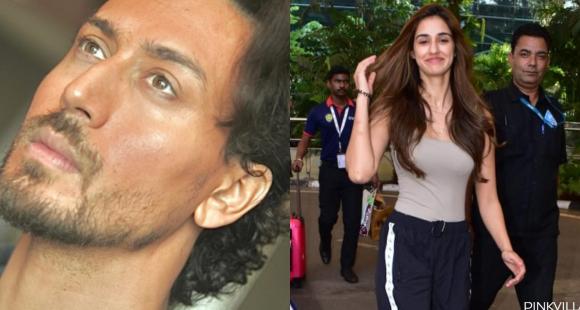 Tiger Shroff is among the handsome stars in Bollywood whose photos often go viral. Recently, the Heropanti 2 star shared a close up picture and it left his mom Ayesha Shroff and Disha Patani in awe.

Actor Tiger Shroff is known for his slick action stunts in movies and killer dance moves. Due to the same, his performances have been enjoyed by all and he enjoys a massive fan following across the globe. Through his social media handle, Tiger often treats his fans with his cool photos and well, once again, the Baaghi 3 star shared a close up photo that has left not just his mother Ayesha Shroff in awe, but even his close buddy, Disha Patani.

Taking to his Instagram handle, Tiger shared an extreme close up shot clicked by Sharique Sayed. In the close up picture, all we can see is Tiger”s chiselled jawline and face with an intense expression. The actor seemed to be clad in a grey tee. However, it was his sharp jawline that stole all the attention. Tiger did not face the camera and instead was seen giving his side profile. Seeing the photo, his mom Ayesha Shroff dropped a comment with heart emoticons.

On the other hand, Disha liked the photo. The actor captioned the photo with a ‘nerd’ emoticon and credited Sharique Sayed as the photographer.

Meanwhile, Tiger had recently shared a glimpse of Heropanti 2 posters on his Instagram story and dropped a hint about starting the filming of his actioner. The film will star Tiger with Tara Sutaria. Heropanti 2 will be helmed by Ahmed Khan and produced by Sajid Nadiadwala. Besides this, Tiger also has Ganapath with Kriti Sanon. The film is helmed by Vikas Bahl and it will star Tiger in a never-seen-before avatar.