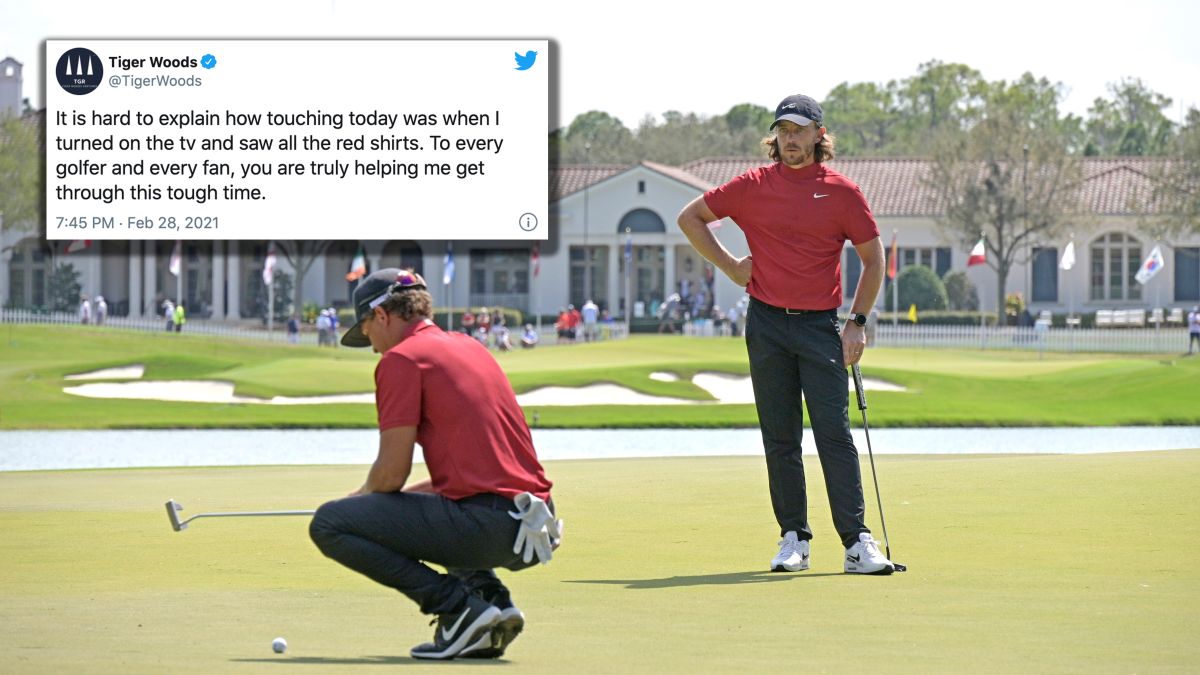 Yesterday, the golf world turned red in a show of love and support for Tiger Woods. The golfer took notice, and thanked his colleagues for their “touching” tribute via social media:

“It is hard to explain how touching today was when I turned on the tv and saw all the red shirts. To every golfer and every fan, you are truly helping me get through this tough time.”

Last week, Woods was involved in a single-car rollover crash. As of Friday, he has been transferred from Harbor-UCLA Medical Center to Cedars-Sinai Medical Center where he received successful follow up procedures.

On Sunday morning, Tony Finau, Justin Thomas, Annika Sorenstam, and Rory McIlroy were among the names who arrived at the links dressed in red and black.

Collin Morikawa, winner of last year’s PGA Championship, didn’t wear a red shirt and black pants, but after winning the WGC championship yesterday, he spoke about his idol in his post match interview.

“Tiger means everything to me,” Morikawa told NBC/Golf Channel on the 18th green. “Yes, he had the crash and thankfully, he is alright and hopefully, he makes a quick and great recovery. But I don’t think we say ‘thank you’ enough, so I want to say thank you to Tiger. Because sometimes you lose people too early. Kobe. I lost my grandpa about a month ago and you don’t get to say thank you enough. So, thank you.”

Morikawa, 24, is one of two PGA golfers to win a major and a World Golf Championship before the age of 25. The other golfer is Tiger Woods.

I don’t know when, if ever, Tiger will return to the course. But that’s not the point right now. Woods was lucky to survive the crash in Rancho Palos Verdes, and that’s enough to be thankful for.