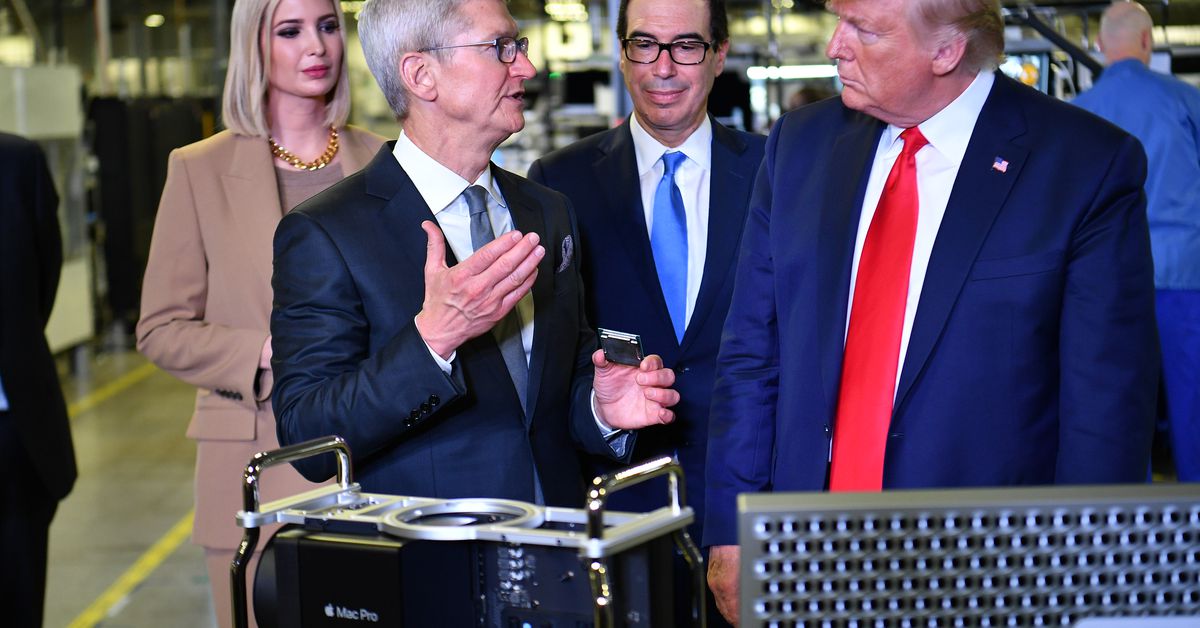 Tim Apple, as Trump once called him, didn’t just give Donald Trump the opportunity to lie about bringing an Apple factory to the United States. He also gave him a $5,999 Mac Pro, according to Donald Trump’s final financial disclosure report today (via the NY Times’ David Enrich).

The computer is described as the very first Mac Pro produced at the Flex Factory in Austin, Texas. That’s also a lie: that factory has actually been producing Mac Pros since 2013.

Check out the gifts that people –– including the CEOs of @Boeing, @Ford and @Apple –– gave Trump. (from his final financial disclosure report, released today) https://t.co/nJYwiIxvAB pic.twitter.com/WiZP5HZ3EJ

Either way, $5,999 would actually make it the least expensive version of the 2020 Mac Pro the company currently sells… with no monitor, no stand for that non-existent monitor, and no $400 wheels to help Trump lug it out of the White House.

Why Tim Cook made friends with Donald Trump