Timeline of insurrection at the heart of Trump's 2nd trial 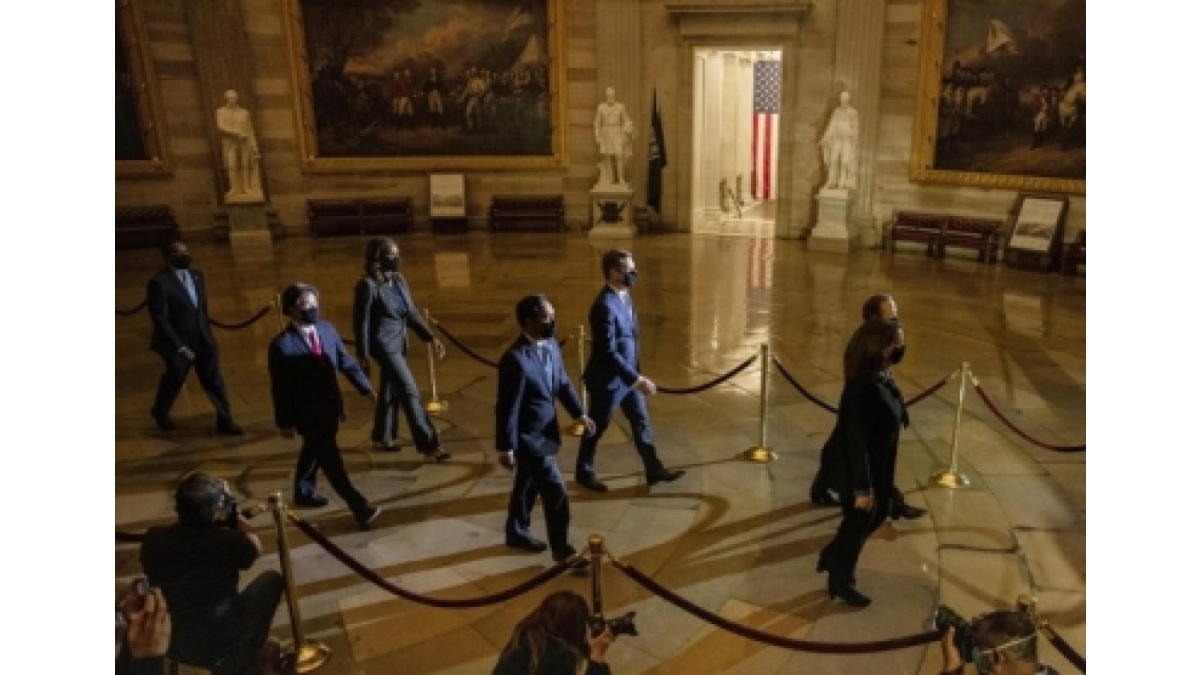 Trump’s lawyers will argue that he is not guilty of the single charge of “incitement of insurrection”, and that his fiery rhetoric ahead of the siege is not a causal factor in the storming of the Capitol that killed five people and injured many others.

Democrats plan to unload a visual mosaic that captures the horror of January 6. Almost everything they present will revolve around the events of a single day, with occasional context from other times. At least 211 people from 43 states have been charged so far in the attack, and digital media evidence has poured into the Federal Bureau of Investigation.

Below is a rewind to the slow explosion in the first two hours of crisis on January 6, which will be on full public view again at the Trump trial. The Democrats say they are approaching this as a “criminal” case.

Trump is almost finished with his remarks at the Ellipse Park, a 52-acre park south of the White House fence and north of Constitution Avenue and the National Mall in Washington, D.C.

Pentagon gets open source reports of demonstrator movements to the US Capitol.

The first visuals of people in pro-Trump gear smashing glass and breaking property at the Capitol begin flashing on television screens worldwide, after the news breaks on social media platforms via reporters and lawmakers on location.

Capitol Police sounds an alert that all buildings in the Capitol are on lockdown.A”An external security threat located on the West Front of the U.S. Capitol Building…Stay away from exterior windows and doors. If you are outside, seek cover.” The House and Senate abruptly go into recess.

The mob comes dangerously close to the Senate chamber. In videos that surfaced online via reporters, Capitol Police Officer Eugene Goodman is seen redirecting the mob in the opposite direction.

Trump sends an attack tweet flying. “Mike Pence didn’t have the courage to do what should have been done to protect our Country and our Constitution, giving States a chance to certify a corrected set of facts, not the fraudulent or inaccurate ones which they were asked to previously certify. USA demands the truth!”

The first gunshot is heard. A Capitol police officer shoots an Air Force veteran – a woman from San Diego.

By 3 pm, Acting Defense Secretary decides that the entire DC National Guard needs to rush to the Capitol.