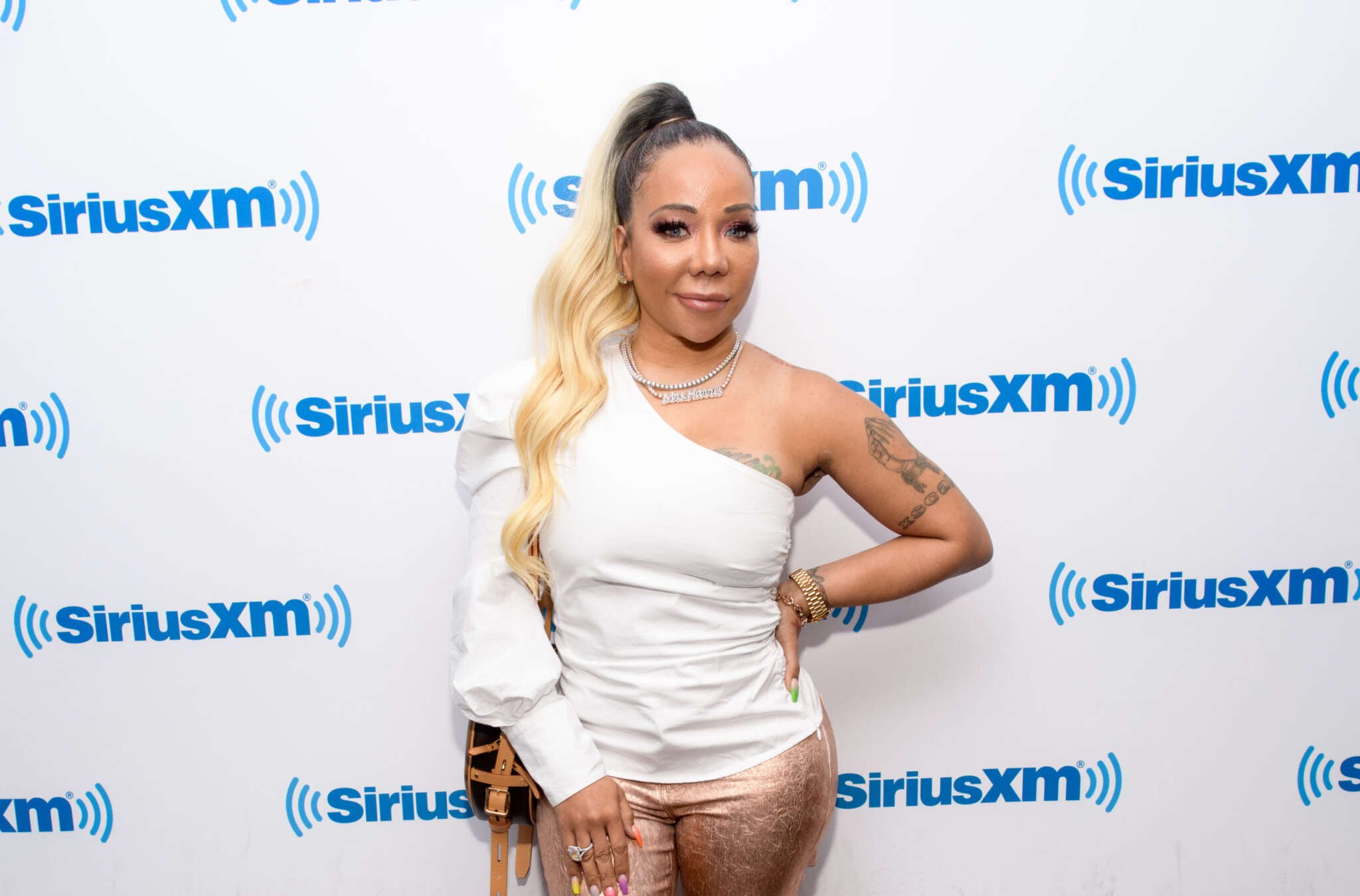 Tiny Harris made sure to wish her fans and followers on social media a happy Valentine’s Day and she also had a few words to say about her absence. Check out what The Shade Room captured in a screenshot.

Someone said: ‘What’s the difference between that app and this one lmao it would be the same people talking to you 😂’ and another follower spoetd this: ‘Tiny said she gone Xscape this Bs one way of another 💀🤣🤣’

Someone else posted this: ‘Girl just say happy Valentine’s day an get tf on…’ and a commenter posted this: ‘yes. don’t address the harassment allegations. run and change social media’s.’

Someone else posted this: ‘Not her using these allegations to promote a new app.. Chile..’ and one other folloer said: ‘She got kids in her basement, why is she worried about Valentine’s Day 🤔.’

A fan said: ‘Tiny should have learned from Kandi, who recently said on RHOA that ALL the women her and Todd have threesomes with sign nda’s 🙃’ and someone else posted this: ‘They innocent their swingers just like a bunch of Americans and the women thought they was gonna get paid.’

A fan said: ‘Y’all better not get on that app next thing you know you gon be in ATL popping pills 💊 jk jk lol’ and someone else posetd this: ‘She tryna recruit more girls through a app during black history month 🥴🥴.’

In other news, Tiny Harris and T.I. are in the headlines on a regular basis, but it’s rare that they’re the target of media reporting when the reasons are as negative as this.

In case you haven’t been following the news surrounding the celebrity couple, the rapper and his R&B artist wife have been put on blast for sexual abuse allegations.

Stay tuned for more news about the family.