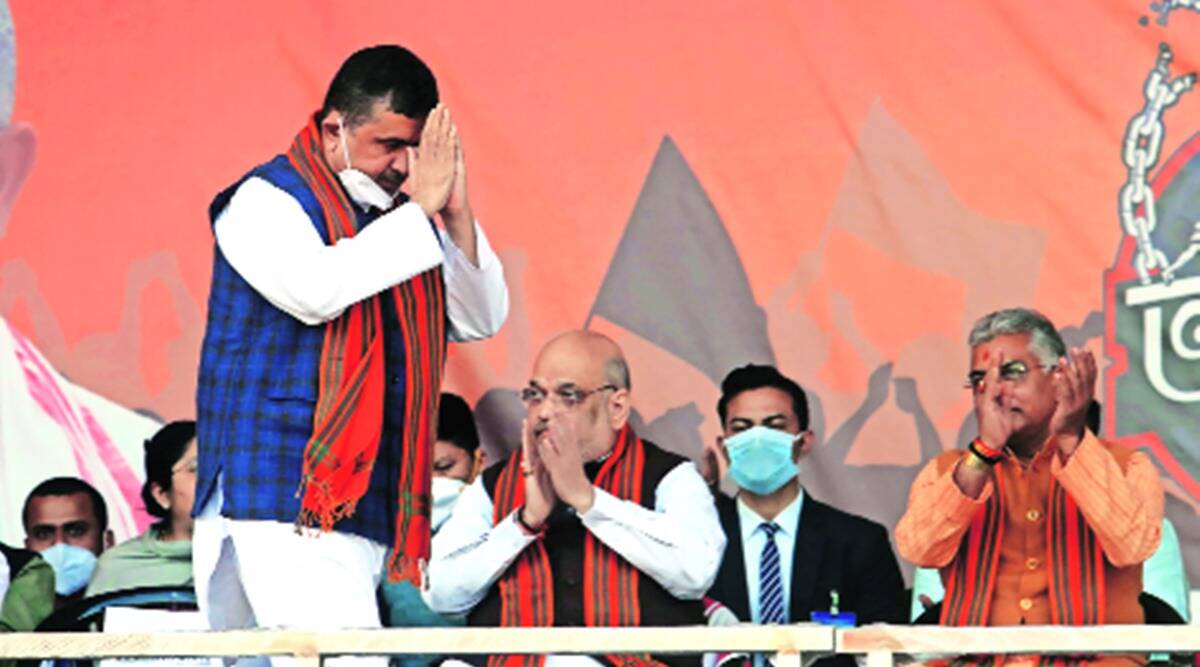 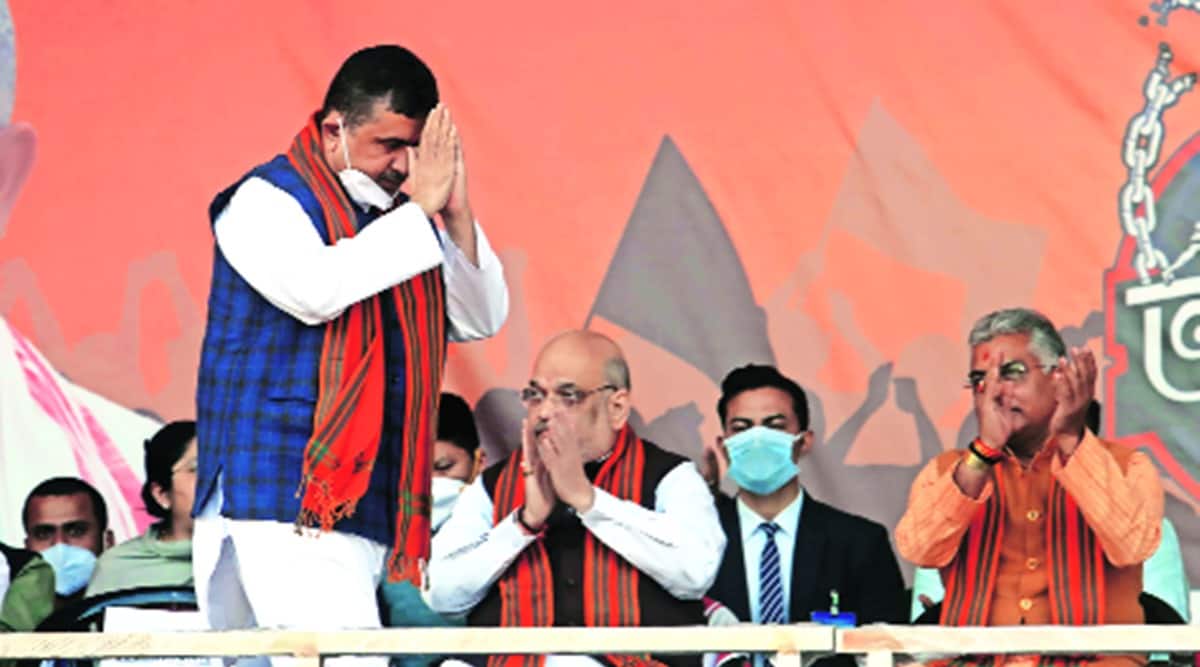 BJP leaders Suvendu Adhikari, Amit Shah and Mukul Roy and others at a public meeting in West Midnapore on Saturday. (Photo by Partha Paul)

Just before joining the BJP, former TMC leader Suvendu Adhikari on Saturday circulated an open letter addressed to grassroots workers of his former party and explained why he joined the saffron camp. He termed the TMC a party of Sakam Karma Bhogis (those who are not bothered about anyone but themselves).

Suvendu, Bardhaman Purba MP Sunil Kumar Mondal and nine other MLAs joined the BJP in the presence of Union Home Minister Amit Shah at a public meeting in Midnapore.

“The party was not built in one day with the contribution of one person. It was a continuous and contiguous effort on a mammoth scale, which culminated 10 years ago,” The former transport minister wrote in the letter.

The letter read, “It is therefore especially painful that the individuals currently in charge of the party are treating it like their personal fiefdom. The very people on whose backs the party was created are now being sidelined, humiliated and outcast. In their stead, the individuals have now hired external assistance, people with no knowledge of ground realities and no knowledge of the sacrifice it actually takes to work for a shared goal as ambitious as creating the West Bengal of our dreams.”

He said in the time of injustice, neutrality would have been construed as favouring “the oppressor”. “Therefore, my dearest brothers and sisters, I have decided to resign from the primary membership of my current political party…” The former state transport minister urged TMC supporters to take a bold step and follow their heart.

“I hope that my decision will enable you to make yours…” he continued.

He stressed that the TMC leadership was working against the Bengali culture and party’s sole objective was to loot all while claiming to be defending the Constitution.

To his anguished TMC supporters, Adhikari’s message was: “To those members of the party who are feeling a little disappointed at my departure, I must say to you that I have not left the Trinamool. I am the same person who continues to believe in and fight for the same ideals that I have been fighting for over the last three decades. It is the Trinamool that has left its ideals behind in its relentless pursuit of power instead of service…”