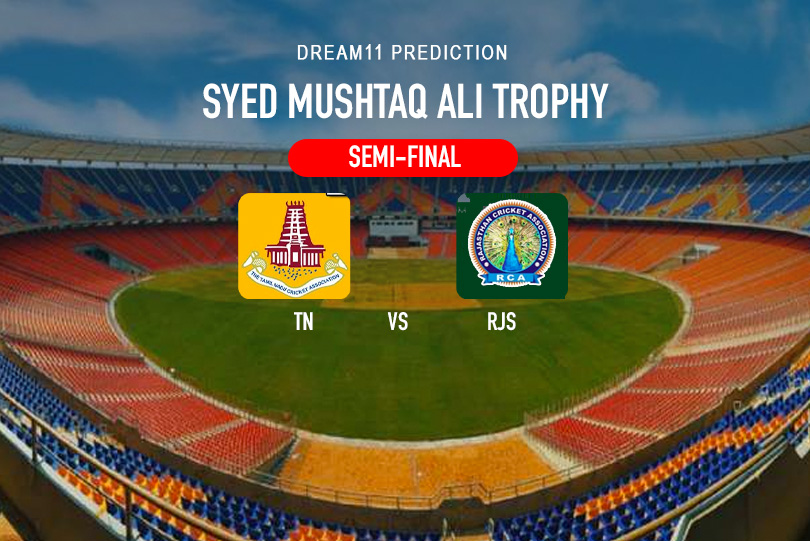 TN Vs RJS Semi-Final 1 Syed Mushtaq Ali Trophy 2021 LIVE: Rajasthan win toss, opts to bat in the first semifinal against Tamil Nadu at Motera Stadium, Ahmedabad. Tamil Nadu, after an impressive win against Himachal Pradesh, will rely on a rearguard effort from their batsmen to get them past the finishing line. Although their win wasn’t the most convincing, it was one which will please the club owing to the manner in which lesser-known names stepped up to the mantle.

However, Tamil Nadu will be well aware that they can’t afford to leave things to chance come today. In Rajasthan, they are up against a ruthless opposition, a team which won’t be as kind to them if they stumble.

This promises to be an extremely daunting test for Tamil Nadu, one which will require the side to dive deep into its well of resources if its to have a chance of keeping its run alive in the tournament.

The afternoon period will see the sun come out with aplomb to test the players’ endurance.