Home EntertainmentTV To mimic and act is a challenge, says Vishwajeet Soni

To mimic and act is a challenge, says Vishwajeet Soni 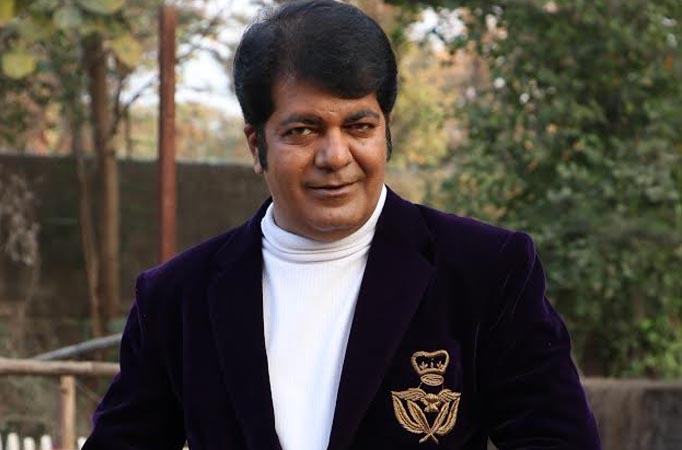 MUMBAI: Vishwajeet Soni has become a household name courtesy his portrayal of an impersonator of veteran actor Prem Chopra in the hit show “Bhabiji Ghar Par Hain!” and he feels blessed for the love and acceptance from fans and Prem Chopra himself.

Vishwajeet feels overwhelmed with the recognition he has received for his performance in producer Binaiferr Kohli’s longest-running show. Heaping praises on producers Binaiferr and Sanjay Kohli, Vishwajeet, who has been part of the show for six years, says they are amazing people and it is because of them that the show is enjoying a successful run for years now.  “This character is a little different from me. I am copying Prem Chopra ji. To do acting is different but to mimic someone and then act accordingly is a task, you have to do it with grace. Today, I am popularly known as Prem Chaudhary and it makes me immensely happy,” he adds. The actor does admit his resemblance with Prem Chopra has been a blessing.  He recalls a few years back he had taken a conscious decision to not impersonate Prem Chopra but it was due to the rising demand from fans and industry people that made Vishwajeet change his mind.

“…I had thought I would do something original but I still kept getting calls for playing a look alike of Prem Chopra ji because people want to see me like that. Once you make an impression in people’s mind, you enter their hearts and they want you to do the same thing,” Vishwajeet, who is often bombarded with requests from fans to act and mouth Prem Chopra’s dialogues, says.  Talking about the popularity Prem Chopra enjoys from the 60s till today, Vishwajeet says, he personally likes all his films but one movie which he loves the most is “Do Anjaane”.

“Even today he is counted as one of the versatile actors and he is still very close to people’s hearts and that’s the reason I am being praised so much,” he adds.

What deeply moves, Vishwajeet is the love, support and praise he receives from Prem Chopra himself.  “Prem Chopraji himself has given me permission to play, act, like him. He loves my work and the way I act. He has also spoken about me in one of his interviews. I do visit him often. He loves me a lot,” he adds.  Recalling his first meeting with Prem Chopra, Vishwajeet says he met the veteran star at his home, after he saw him perform on the dance-reality show “Boogie Woogie” 25 years back.“…He asked me to act like him. I was very scared acting like him, in front of him. But he said you do not need to get scared and just open yourself and act freely. Since then I have been close to him,” he says.  Vishwajeet, who has been a stand-up comedian and has also acted in Sanjay Dutt-starrer “Dhamaal”, says he has played some serious roles too.

“I am a comedian originally. I have done comedy more. But I would like to play a villain, a comedy Villain like Shakti Kapoor ji in the movie ‘Tohfa’,” he says.