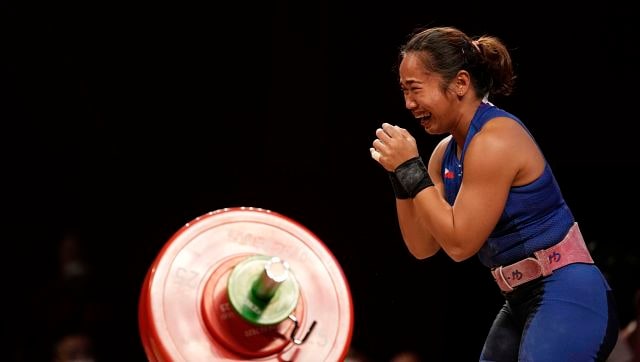 It’s just been four days in Tokyo Olympics 2020, and we have had many inspiring stories from the Games.

Here we take a look at some of these stories which have stood out:

Foroughi, who survived COVID-19 in the Middle East’s worst-hit country, on Saturday became Iran’s first medal winner in any shooting event at the Olympics.

At the beginning of May, Foroughi told public television channel Salamat (“Health” in Persian) about serving at field hospitals in Syrian war zones, including at Palmyra.

Media reports said Foroughi contracted COVID-19 in August last year, and also helped to battle the virus at home in Iran, which has reported nearly 89,000 deaths out of more than 3,690,000 infections.

On 25 July, Pakistan, a cricket-crazy country, was glued to the TV sets again. But this time, it was not the usual cricket match but a weightlifter from their country who was doing the unthinkable. In the 67 kg weight category, Talha was second after the snatch as he sought to end his country’s 29-year wait for a medal in any Olympic sport. He failed his first clean and jerk lift and collapsed on stage soon after. After medical staff rushed to his aid, he returned to lift twice more and finished fifth.

Talha Talib of Pakistan celebrates after a lift as he competes in the men’s 67kg weightlifting event. AP

When he was running for the gold medal, even for a while, the whole of Pakistan was breathing heavily. Eventually, the Chinese weightlifter had the last laugh, Talha finished fifth but what he did in Tokyo will be remembered for a long time and may inspire youth in his country to take up the sport.

The fact that Talha reached that far without any coach, and without great resources and lack of quality equipment is a great story in itself. In a chat with the tribune.com.pk, he said, “This two-kg difference was not much and could have been covered had I gotten proper facilities and resources.”

“I have seen a lot of hard days, lots of tough times, even when I was young and alone at the national camp in Lahore. I have even spent two years in Lahore alone, no matter what the season was, what the circumstances were, but I really worked hard for this. I just want to say, please don’t wait for another 45 years. We need constant support and consistent facilities and promotion for youngsters, please,” he added.

Hidilyn Diaz became the first Olympic gold medalist from the Philippines on Monday, winning the women’s 55-kilogram category to stop China’s bid for a perfect Tokyo Games in weightlifting.

At her fourth Olympic Games, Diaz overtook Liao Qiuyun of China on her last lift in the clean and jerk to win with a total 224 kilograms. That was one more than Liao.

Hidilyn Diaz of Philippines celebrates as she sets the new world record and wins the gold medal in the women’s 55kg weightlifting event. AP

The Philippines has competed at every edition of the Summer Olympics since 1924 — except for a boycott of the Moscow Games in 1980 — with three silver and seven bronze medals before Diaz’s win. She previously won a silver medal in 2016, which was at the time her country’s first appearance.

She had to overcome some obstacles to find her glory. At one stage when her gym was closed during lockdown, Diaz trained with large water bottles attached to a bamboo pole, holding the weight above her head and squatting to work on core strength.

She comes from a humble background and has seen many sacrifices to register herself in the history books. The daughter of a tricycle driver in a poor village near Zamboanga, she has not seen her family since December 2019.

Kuwait’s Abudllah Al-Rashidi became an Olympic medallist at 58 years if age on Monday (26 July), when he clinched the bronze medal in skeet shooting.

Abdullah was especially looking forward to playing in Tokyo Olympics 2020, after what had happened in Rio, where he had a bronze in the same sport too.

Bronze medalist Abdullah Alrashidi, of Kuwait, celebrates after the men’s skeet at the Asaka Shooting Range in the 2020 Summer Olympics. AP

After winning the bronze in Rio, Al-Rashidi celebrated his win but there was something missing. He was there an independent athlete, not a Kuwaiti.

Kuwait’s national Olympic committee was suspended by the IOC for government interference so Al-Rashidi and his compatriots at the Rio Games had to compete as part of an independent team. That meant no team uniform — he wore the jersey of the English football club Arsenal — no Kuwaiti flag nor national anthem should anyone win gold.

At the podium, he saw the Olympic flag go up and his country’s. When he won the bronze in Tokyo, he could not contain his happiness, and started celebrating with his national flag draped around his body. The Olympic protocols do not allow celebrating with the national flag before the medal presentation but Al-Rashidi did not care a bit about that.

At the Makuhari Messe Hall in Chiba, a new chapter was written in India’s Olympic history when CA Bhavani Devi turned up to face Nadia Ben Azizi. That was enough to make history, just to turn up because no one before her had done that. There had been no Indian who entered into the fencing hall at an Olympic venue in history. Bhavani’s mere presence there was historic in a sense. But she did not stop that.

She went on to beat Nadia Ben Azizi in the Table-of-32 clash and moved on to another round. But there she was beaten by Manon Brunet.

Her Olympics came to an end but she now is registered in books as having won an Olympic match.

And her journey to this stage is an inspiring one. Apart from financial issues that she faced while pursuing this sport, Bhavani also faced patriarchal comments that a woman may not go too far in a sport like fencing. Her mother sold her jewellery and they took a loan to fund her training and travel.

After losing her father in 2019, Bhavani was broken and had to lift herself up again to move on from the grief. In 2020, she faced the same emotions when her mother was hospitalised with COVID. However, a phone call from her mother helped Bhavani secure the Olympic quota. She was told to not return to home to be with her mother but compete in qualifying events.

With inputs from AFP and AP