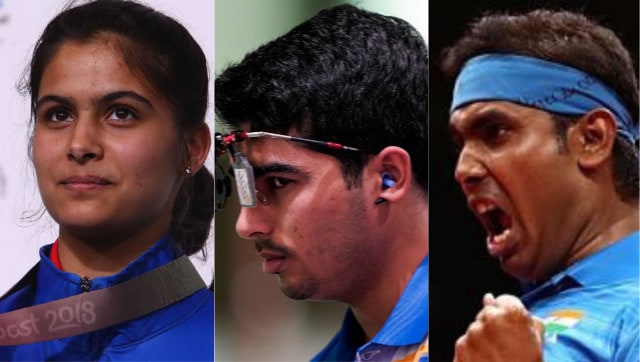 Day 4 preview: After yet another medalless day that saw some advance through to the next round and a few others bow out of the competition following defeats, the Indian contingent will be hoping the fourth day of the competition sees them add to their tally after weightlifter Mirabai Chanu’s silver in the women’s 49kg event on Day 1.

The India men’s hockey team will be among the teams/individuals in action early on Tuesday. The Manpreet Singh-led team be hoping to make amends for the 7-1 hammering at the hands of Australia — their worst defeat in the Olympics — in their second group game when they take on Spain, currently ranked three places below India at eighth in the FIH rankings. The match will begin at 6.30 am IST.

Also in action early in the morning will be shooters Saurabh Chaudhary and Manu Bhaker, who will be hoping to end India’s surprising medalless run in shooting despite having world beaters in their ranks. Chaudhary and Bhaker will take part in the 10m Air Pistol Mixed Team event, in which Abhishek Verma and Yashaswini Deswal will also compete together. The qualifications for the event begin at 5.30 am IST. The bronze medal match will take place at 7.30 am with the gold medal match starting half an hour later.

In 10m Air Rifle mixed team event, two Indian pairings will take to the range. Elavenil Valarivan and Divyansh Singh Panwar will be one Indian team and Anjum Moudgil-Deepak Kumar will be the other.

Earlier on Monday, the hopes of  Manika Batra and Suthirtha Mukherjee ended as they lost their respective preliminary round matches, although veteran paddler Sharath Kamal kept India’s flag flying high in table tennis as he advanced to the third round with a 2-11 11-8 11-5 9-11 11-6 11-9 victory over Portugal’s Tiago Polonia. He next faces Chinese icon Ma Long, considered the greatest table tennis player of all time, on Tuesday.

A typhoon warning would affect the flow of things for outdoor events such as archery, sailing, rowing. India’s double sculls team were due to compete today but that has been rescheduled. The sailors, though, will compete as scheduled. Nethra Kumanan and Vishnu Saravanan continue their campaign while KC Ganapathy and Varun Thakkar get going in 49er Men’s Race.

Shuttlers Satwiksairaj Rankireddy and Chirag Shetty need a win to qualify from their group. They had registered a win before being thrashed on Monday by the World No 1 pairing from Indonesia who have already advanced.